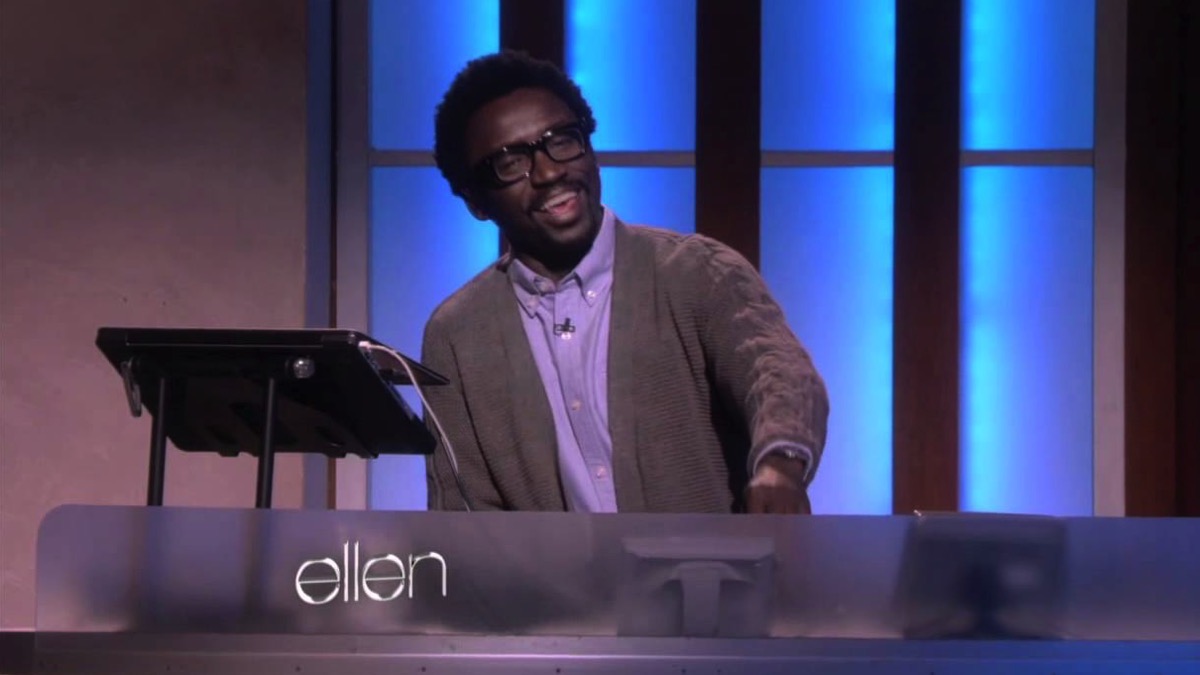 The Ellen DeGeneres Show‘s former DJ Tony Okungbowa has said that he felt a “toxicity” in the working environment during his time on the talk show.

His comments come after it was announced last week that the show will be the subject of an internal investigation following a number of complaints by former and current staff members.

DJ Tony, who was the show’s resident DJ between 2003 and 2006 and again from 2007 to 2013, shared a photo of himself on the show on Instagram and revealed that he has been “getting calls” asking him about his experience on the show, saying that he would “like to address the time I spent there.”

“Hey Guys, I hope you are all keeping safe out there during these trying times. I have been getting calls asking me about the Ellen Degeneres Show and I would like to address the time I spent there.”

“I was on air talent from 2003-2006 and from 2007-2013. While I am grateful for the opportunity it afforded me, I did experience and feel the toxicity of the environment and I stand with my former colleagues in their quest to create a healthier and more inclusive workplace as the show moves forward.”

Late last month, Warner Bros. Television sent an internal memo informing staffers that WarnerMedia would be seeking the services of an independent third-party firm to interview current and former employees about their experiences behind the scenes on The Ellen DeGeneres Show, after one current and 10 former employees anonymously spoke with BuzzFeed News about their negative experiences on the show.

Kutcher (who apparently recently blocked us on Twitter for some reason?😢 We love you Demi Moore!) tweeted:

“I haven’t spoken with @TheEllenShow and can only speak from my own experience. She & her team have only treated me & my team w/ respect & kindness. She never pandered to celebrity which I always saw as a refreshing honesty. When things aren’t right she handles it and fixes.”

I haven’t spoken with @TheEllenShow and can only speak from my own experience. She & her team have only treated me & my team w/ respect & kindness. She never pandered to celebrity which I always saw as a refreshing honesty. When things aren’t right she handles it and fixes.

“It’s crazy to see my friend go thru what she’s going thru publicly. I have known Ellen for years and I can honestly say that she’s one of the dopest people on the fucking planet. She has treated my family and my team with love and respect from day 1. The internet has become a crazy world of negativity….we are falling in love with peoples down fall. It’s honestly sad…When did we get here? I stand by the ones that I know and that I love. Looking forward to the future where we get back to loving one another….this hate shit has to stop. Hopefully it goes out of style soon….This post is not meant to disregard the feelings of others and their experiences….It’s simply to show what my experiences have been with my friend. Love you for life Ellen…”

It is great to see that Ellen’s friends are coming to her defense, but they are missing the point. The majority of her guests (and those who are her friends) were probably treated very well during their time on set.

That is not the point. It is how her staff and co-workers were treated and how the non-celebrities who interacted with Ellen and her staff were treated.

While not citing her experiences with Ellen DeGeneres specifically, actress Rachel Bloom gave a thoughtful take on what it is like to be a celebrity talk show guest and to work behind the scenes on a talk show.

“Just wanna say that I have both worked behind the scenes of tv shows and been the celebrity guest on them and the two experiences are very different. Having a good time being a guest does not necessarily have anything to do with the experiences of the employees.”

“I’m not saying this to put anyone on blast, I just wanted to offer my POV as someone who’s had the amazing fortune to experience both worlds.”

“Also, I’m not implying that anywhere I’ve worked or guested on has been bad. I just know that they are two profoundly different experiences.”