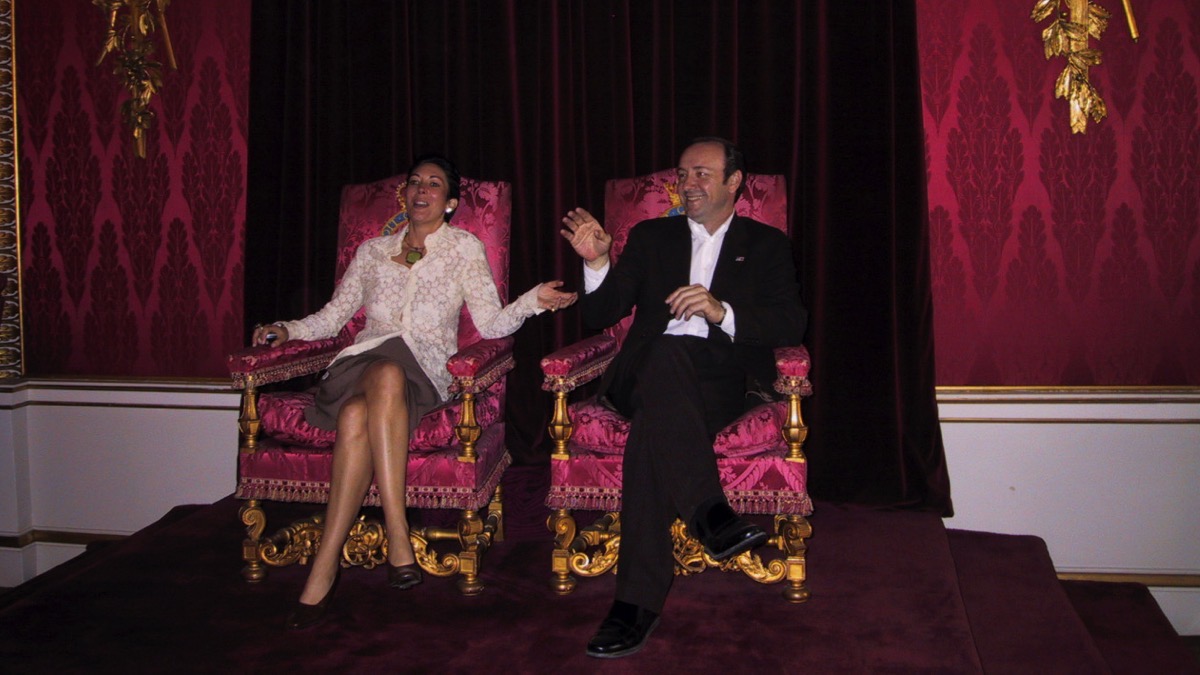 Photo via The Telegraph

The British royal family has once again been dragged into the Jeffrey Epstein scandal as a photograph emerged showing Epstein’s alleged accomplice Ghislaine Maxwell posing on a throne at Buckingham Palace.

The image of Maxwell sitting alongside House of Cards star Kevin Spacey, who has also faced allegations of sexual misconduct (birds of a feather flock together), apparently at the Queen’s London residence in 2002, was published by the UK-based Daily Telegraph newspaper on Saturday.

If you though Queen Elizabeth was pissed a Prince Andrew before…Oof.

The extraordinary image of the pair emerged yesterday (July 04, 2020) as it was revealed they were invited on a private tour by Maxwell’s pal Prince Andrew.

Spacey, whose Hollywood career was destroyed when he was accused of groping a boy of 14, sits beside her attempting a royal wave posing as Prince Philip.

According to reports Maxwell, now 58, and the 60-year-old Spacey joined a private tour for former US President Bill Clinton organized by Andrew in 2002.

Spacey was a guest of President Clinton while Maxwell was invited by the duke.

A source said: “They were larking about on the thrones, doing regal waves.”

“Ghislaine sat on the Queen’s throne with Spacey pretending to be the Duke of Edinburgh.”

“No one can recall if Andrew was in the throne room at the time but he was in charge of the visit.”

The thrones sat upon by Maxwell and Spacey were used by the Queen for her 1953 coronation — and it is considered a breach of royal protocol for anyone outside her majesty and the Duke of Edinburgh to sit in them, the Telegraph notes.

The Throne Room is only accessible through public tours of the palace or during state visits and official royal functions, the paper says.