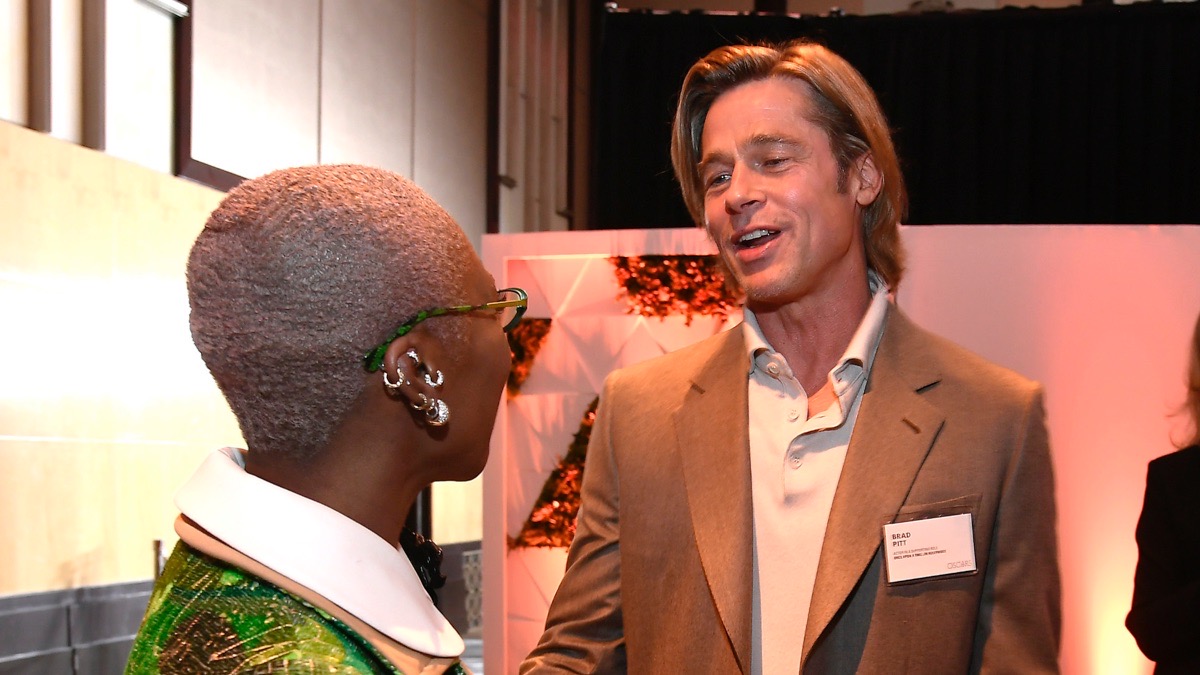 Talk about a useless name tag. Many of this year’s Academy Award hopefuls gathered Monday for the annual Oscars Nominee Luncheon, and most politely declined the name tags offered at the door — except for Brad Pitt, inarguably one of the most recognizable faces on the planet.

Upon entering the event, Pitt gamely pinned his assigned name tag to his gray suit. The laminated label read “Brad Pitt: Best Supporting Actor, Once Upon a Time… In Hollywood.”

It doesn’t appear that any other A-listers chose to wear the identifying tag.

While chatting with fellow nominee Cynthia Erivo, who up for an Oscar for her role for Harriet, Pitt’s white tag stuck out as boldly as Erivo’s green coat.

Pitt, 56, already has won a SAG Award and Golden Globe Award for his role as Cliff Booth in the Quentin Tarantino-directed film, which also stars Leonardo DiCaprio.

Here are a few more photos of Brad Pitt at the 2020 Oscar nominee luncheon.