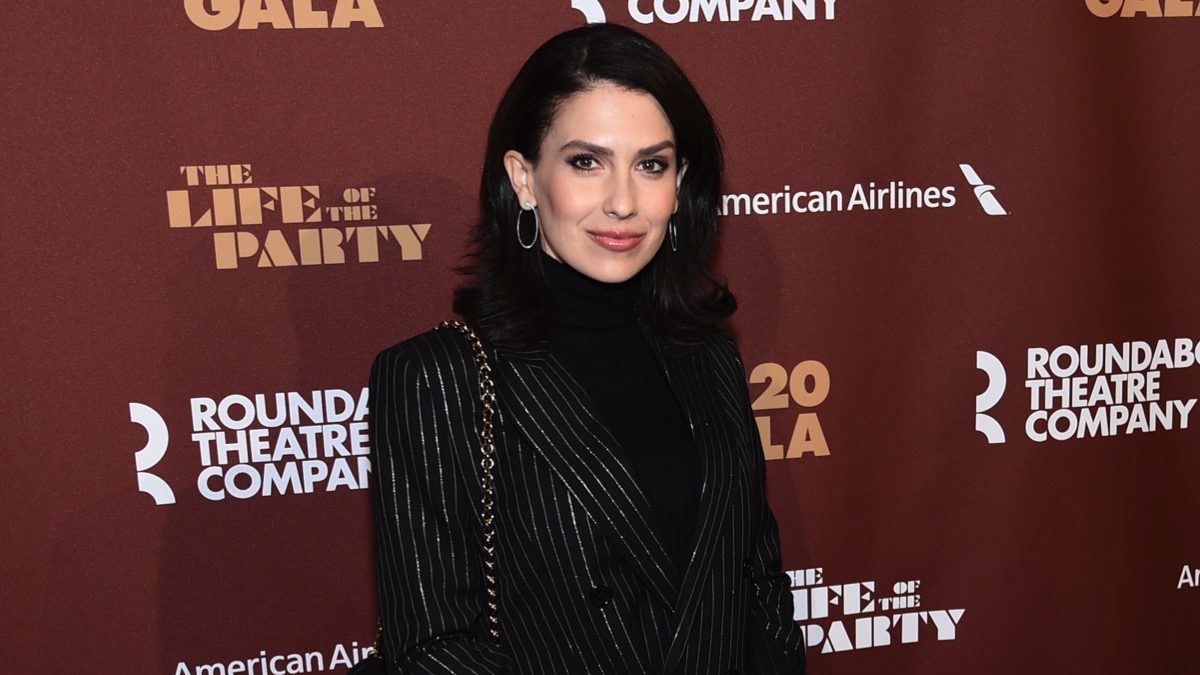 Alec Baldwin’s wife Hilaria Baldwin is responding to accusations she faked her Spanish accent and lied about her heritage for years.

The Daily Beast reports a Twitter user named @lenibriscoe shared a long thread raising questions about Hilaria, who claimed she was born in Mallorca, Spain, and has given Spanish names to her five children with Baldwin (Carmen, Rafael Thomas, Leonardo Angel Charles, Romeo Alejandro David and Eduardo Pau Lucas). Tweets include footage of Hilaria’s accent fluctuating, including when she said she couldn’t remember the English word for “cucumber” during a Today show appearance, and evidence (including her yearbook and old MySpace page) that she grew up in Massachusetts and attended the Cambridge School of Weston, Mass., under the name Hillary Hayward-Thomas.

And journalist and podcaster Tracie Egan Morrissey took to her Instagram Story to share a multitude of posts examining Hilaria’s alleged claims of her Spanish heritage, and called into question whether or not she has misrepresented her ethnic and cultural background.

The series of posts included clips in which Hilaria appears to speak with a prominent Spanish accent, juxtaposed against clips in which she appears to have no noticeable accent. The posts also delve into both of Hilaria’s parents’ backgrounds, which seem to indicate that both her parents have American ancestry.

On Sunday, Dec. 27, 2020 the 36-year-old shut down the swirling speculations via Instagram. “I’ve tried in the past to be clear, but sometimes people don’t report and write what you say,” she said in a video post. “I’m born in Boston, and then I spent some of my childhood in Boston, some of my childhood in Spain… everybody is over there in Spain and now I’m here. So there was a lot of back and forth my entire life.”

Hilaria went on to note that she “grew up speaking two languages” and wanted to raise her kids the same way. She also responded to a viral video in which she seemed to have a thicker accent. “If I’m speaking a lot of Spanish, I tend to mix them… If I start to get nervous or upset, I start to mix the two. And this is something I’ve always been a little insecure about,” she confessed.

The fitness and wellness expert continued to explain about her name. “When I was growing up, in this country, I would use the name Hillary, and in Spain I would use the name Hilaria… my whole family called me Hilaria,” she explained. “It always bothered me that neither name sounded good in the other language… A handful of years before I met Alec, I decided to consolidate the two, because it was so many different documents with so many different things.”

Hilaria then turned her focus back on her ethnicity as she emphasized, “Yes, I am a white girl.” She added, “And let’s be very clear that Europe has a lot of white people in there, and my family is white. Ethnically, I’m a mix of many, many, many things, and culturally, I grew up with the two cultures. It really is simple as that.”

Alec Baldwin responded to the controversy in an Instagram video, stating, “Twitter to me is something where you really gotta dig through the garbage. It’s like a big swap meet,” he said. “It’s just a vast orchard of crap … I just want to say to people, you’ve got to consider the source. We live in a world now where we’re hidden behind the anonymity of social media. People can say anything. There have been things said about people I love, that I care about deeply, that are ridiculous.”

“Some of it’s so spectacularly false. And they’ve said it about people I love. False things. Untrue things,” said Baldwin, who concluded his speech by whispering, “When you love somebody, you want to defend them.”