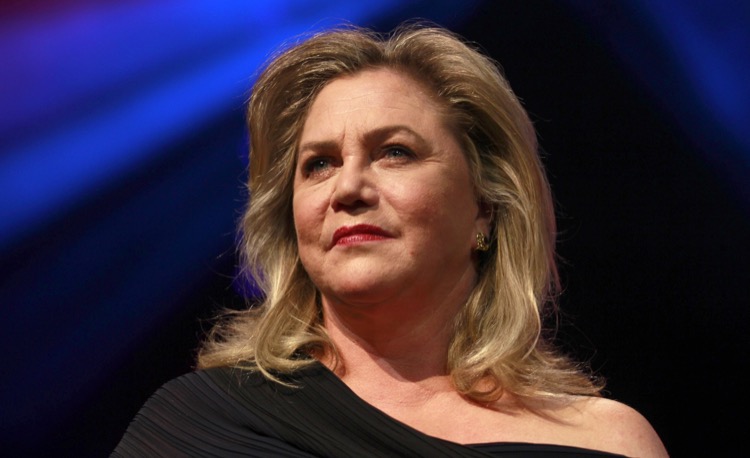 Which actress was Kathleen Turner dissing in her Vulture interview? Here are some guesses.

Margot Kidder’s death has been ruled a suicide. Park County Coroner’s office said she died “as a result of a self-inflicted drug and alcohol overdose.” A joint statement from the coroner’s office and her family urged “those suffering from mental illnesses, addiction and/or suicidal thoughts to seek appropriate counseling and treatment.” We hope that she has found peace.

Kanye West would bang all the Kardashian sisters. So glad to hear that he’s an equal opportunity ho.

A dude who looks like Scott Disick is making money off of his look. He occasionally is offered anywhere up to $500 or $1,000 to take photos with people who possibly think he’s Scott Disick. That’s a sad life.

Casey Affleck voices regrets on his past conduct, vows to support women. Affleck said that he regretted “that I was ever involved in a conflict that resulted in a lawsuit,” and said, “I wish I had found a way to resolve things in a different way.” He vows to support women? Why isn’t just a given?

Lindsay Lohan says #MeToo accusers are doing it “for the attention.” We did not ask for your opinion, Lindsay. Stay in your Greek bubble.

Nichelle Nichols, the actress who portrayed the iconic Lieutenant Uhura in Star Trek, diagnosed with dementia. The 85-year-old has been treated for the last two to three years.

Demi Lovato is making the right moves. She has canceled the rest of her fall tour. She also has headed to Chicago for a few days, to see a psychiatrist who specializes in mental health, sobriety and overall wellness. Then she will head back to rehab.

Carrie Underwood debuts her baby bump. The singer showed off her bump at the Grand Ole Opry.

Actress Sean Young is wanted for questioning in $12,000 burglary. Surveillance video showed Young and a male companion (possibly her son) breaking in and stealing laptops and software worth about $12,000. Yikes!

Justin Timberlake has announced plans to release his first book later in 2018, which will feature insights into the star’s life. His first book, entitled Hindsight, which will detail his childhood and rise to fame.