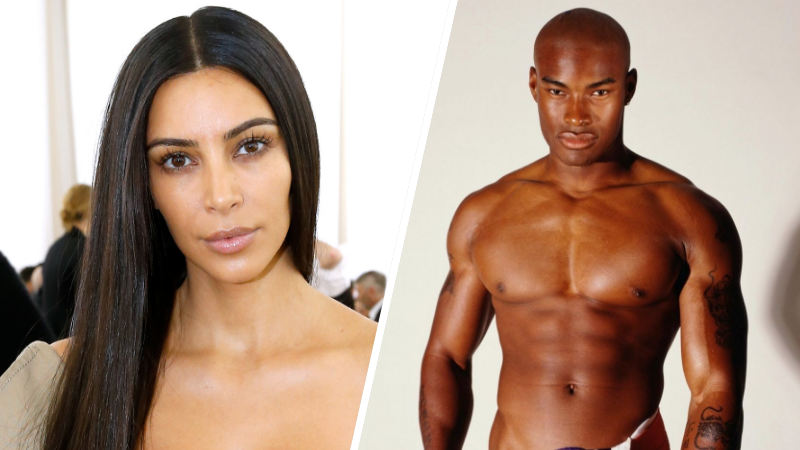 That time Kim Kardashian clapped back at Tyson Beckford and the internet wasn’t having it. Beckford sparked a social-media beef with the reality starlet when he commented on an Instagram photo of her. “Sorry I don’t care for it personally,” he wrote of the photo that highlighted her body shape. “She is not real, doctor fucked up on her right hip.” Kim answered back by saying, “Sis we all know why you don’t care for it.” Many interpreted her response as a suggestion Beckford is gay.

Rihanna’s new thin eyebrows could start a national trend. Please God, no. The singer’s September Vogue cover shows the superstar with her eyebrows seemingly removed and ultra-fine, pronounced arches penciled in their place.

Eva Longoria shares the first picture of baby Santiago’s face on the cover of Hola! Longoria shared the first full photo of her son, Santiago Enrique Baston. The actress and activist told the publication that motherhood has been “magical” and she feels like she’s known her son for her “whole life.”

● Katie Holmes and Jamie Foxx, who’ve been rumored to have been dating for years, packed on the PDA.

● Former NSYNC superstar Lance Bass is apparently about to be the proud owner The Brady Bunch house.

● Once again, Bethenny Frankel shows how awful and petty she is.

● Miley Cyrus has settled a messy lawsuit brought about by a model who alleged she suffered a dog bite at an apartment complex owned by the singer.

● Model and artist Rick Genest aka Zombie Boy, who shot to fame in the music video to Lady Gaga’s hit “Born This Way,” has reportedly died by suicide at the age of 32. His family is claiming that his death was accidental.

● A 10-year-old named Clark Kent has broken Michael Phelps‘s own record in the 100-meter butterfly.

● After Nick Carter of the Backstreet Boys was accused last year by a woman who said he raped her in the early 2000s, the Los Angeles County District Attorney’s Office finally confirmed on Thursday that it is reviewing the report as a potential case.

‘Anthony Bourdain: Parts Unknown’ Will Be Getting a Final Season on CNN

Beyoncé talks about slowing things down, beekeeping, and parenting with British Vogue