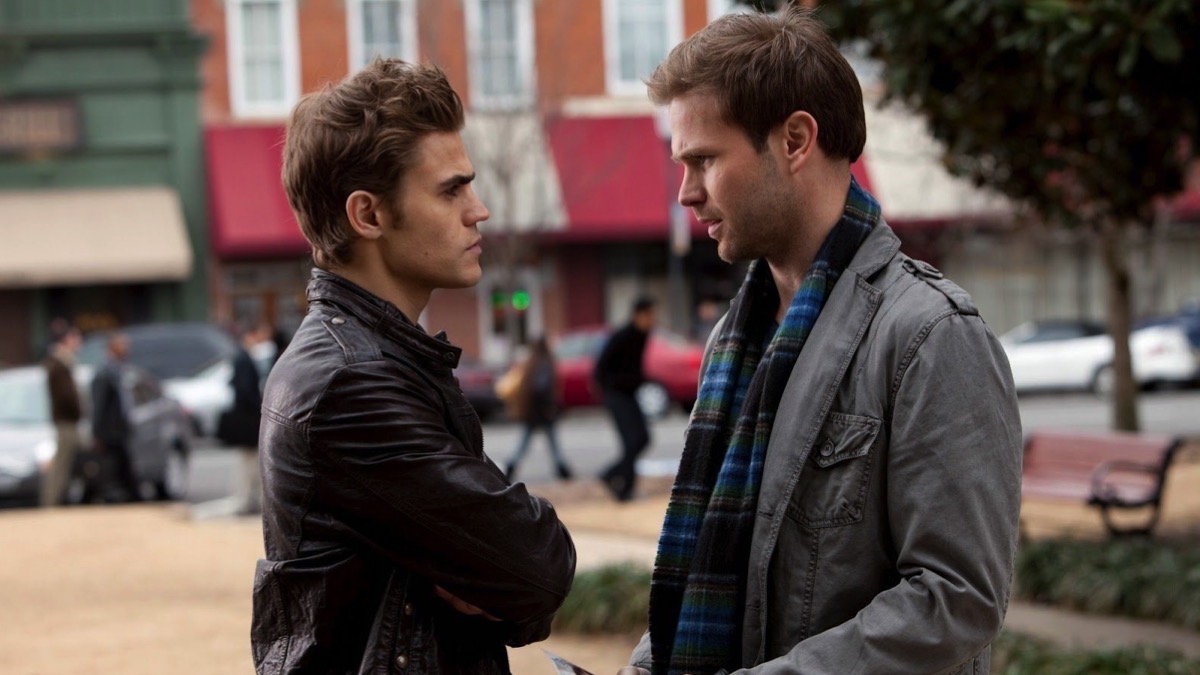 This was not the type of The Vampire Diaries “reunion” that I was expecting. During Wednesday night’s (October 07, 2020) vice presidential debate former co-stars Paul Wesley and Matthew Davis exchanged some pretty heated tweets.

Davis was not happy that Mike Pence was not having enough speaking time. In since-deleted tweets, Davis suggested Pence was interrupted too much by the moderator. Calling out Pence, Wesley responded, “It would also be nice if Pence answered the question he was originally asked rather than deflecting.”

Things quickly escalated from there with Davis claiming, “Paul likes to vote for criminals and losers, just like he did in 2016. Your opinion on the matter carries little weight as far as I’m concerned. Next.” He later deleted that too.

Paul then quickly clarified, “You’re mistaken! I didn’t vote for Trump in 2016.”

Wesley tried to make a joke of things by tweeting, “Guys Alaric drank some vervain he’s losing it,” which was a reference to the herb that characters used to protect themselves from being controlled by vampires.

While it doesn’t appear that Davis has publicly endorsed Trump and Pence’s reelection campaign, the actor has been retweeting tweets and videos from the president and conservative political commentator Ben Shapiro. So, yeah, Davis is a Trump supporter.

Davis tweeted an apology for the Twitter spat the following morning (October 08, 2020).

He’s also apparently been getting tired of all the hate tweets he’s been receiving, so he followed up again with a tweet telling Twitter users to unfollow him if they don’t agree with him.