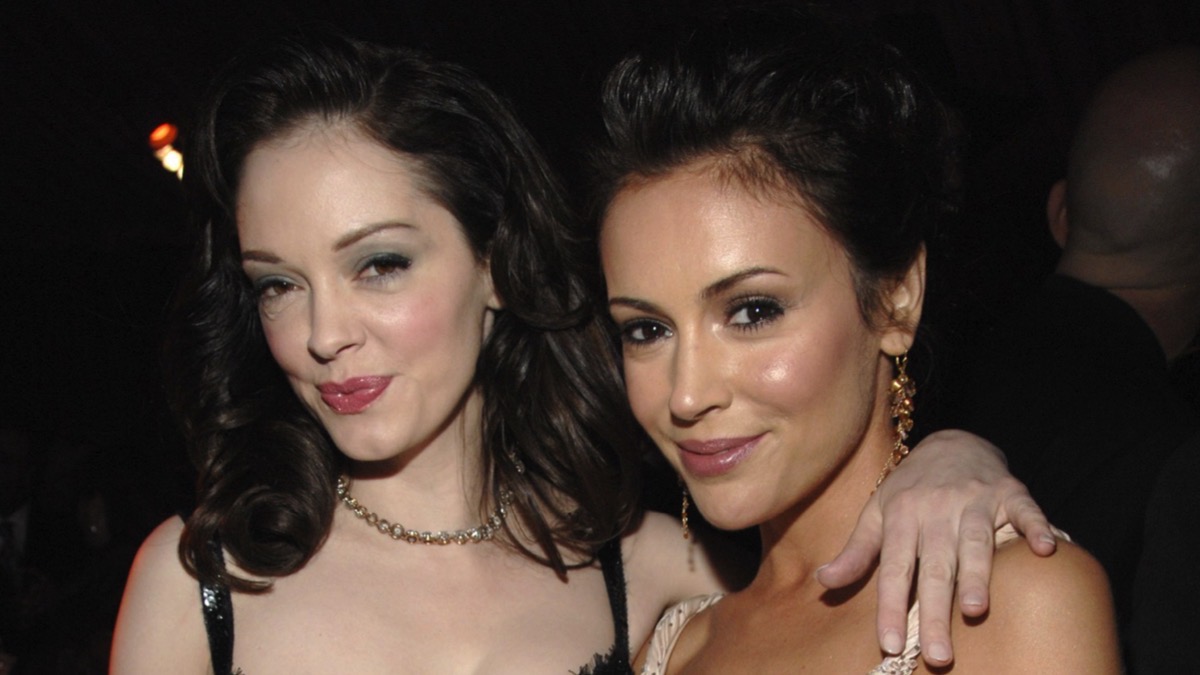 Former Charmed costars, Alyssa Milano and Rose McGowan are in a bitter Twitter feud over politics. They have been battling it out for years and it is getting tiresome.

After the final night of the Democratic National Convention, McGowan turned to Twitter to claim that the Democrats have never achieved anything. Seriously, Rose?

“What have the Democrats done to solve ANYTHING? Help the poor? No. Help black & brown people? No. Stop police brutality? No. Help single mothers? No. Help children? No. You have achieved nothing. NOTHING. Why did people vote Trump? Because of you motherfuckers,” McGown tweeted.

Being the drama queen that she is, McGowan added, “You are the season of darkness. @JoeBiden @dnc You are monsters. You are frauds. You are the lie.”

Milano responded with more than 20 Tweets of examples of the party’s accomplishments.

She also suggested McGowan, who accused Harvey Weinstein of rape and became one of the most prominent voices of the #MeToo movement, was a “fraud.”

Milano concluded, “Rose and anyone bleating the same ‘dEmOcRaTs DoNt HeLp PeOpLe’ nonsense, your lies are going to hurt people less privileged than you. It’s the kind of thing an ACTUAL fraud would do. Thousands of people are dying a day but you go on with your hyperbolic attention seeking tweets.”

That “fraud” comment was Alyssa’s mistake, as we all know that Rose can be easily set off and spout off uninformed political nonsense at the drop of a hat.

McGowan fired back, “You stole #metoo (a brilliant communication tool, not a movement) from Tarana. You co-opted my movement, the Cultural Reset, for fame, jealous of me for outing my rapist. You made 250k per week on Charmed.”

“You threw a fit in front of the crew, yelling, ‘They don’t pay me enough to do this shit!’ Appalling behavior on the daily. I cried every time we got renewed because you made that set toxic AF. Now, get off my coattails you fucking fraud.”

Now when is Holly Marie Combs going to weigh in?