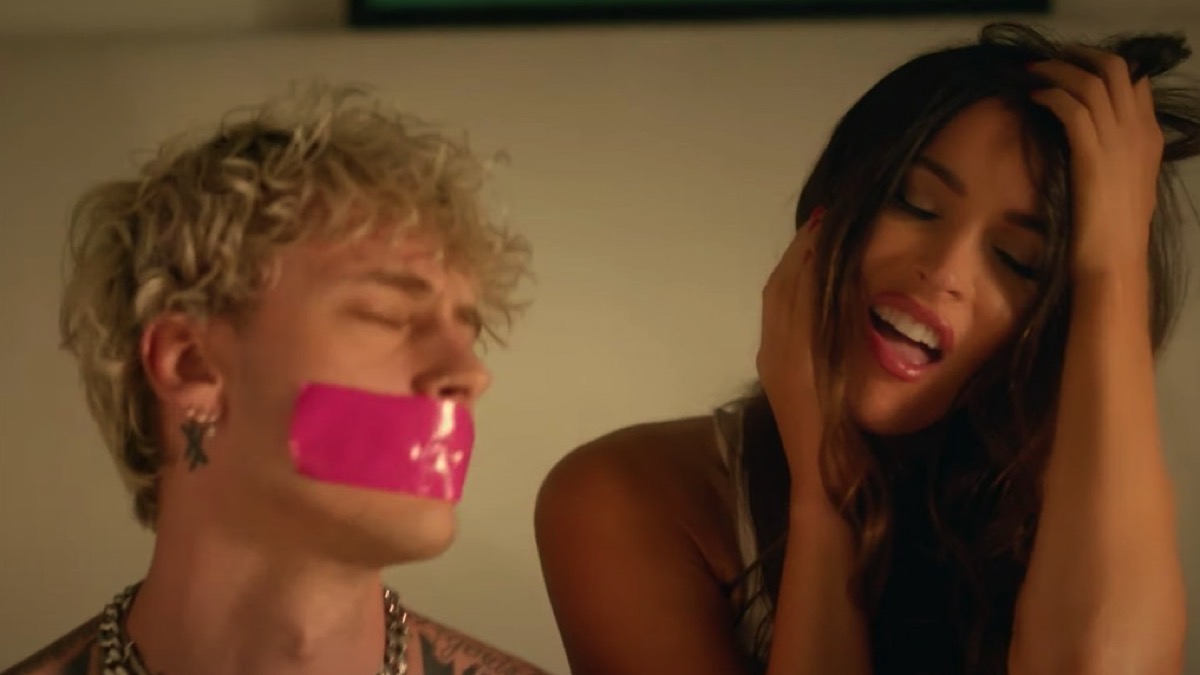 The 30-year-old hip-hop persona, whose real name is Colson Baker, stood with his arm wrapped around the gorgeous Megan’s waist as he shared their first snap as a couple to his Instagram.

MGK and Megan both stuck their tongues out at the camera for the playful selfie.

Machine Gun Kelly shared the snap with his followers on Instagram, captioning the sweet snap: “waited for eternity to find you again.”

Fox’s ex-husband Brian Austin Green revealed in May that he and Fox had split after ten years of marriage.

The new couple recently appeared on the podcast, Give Them Lala… with Randall.

They opened up about meeting on the set of their upcoming film, Midnight in the Switchgrass, and Fox said she knew right away they would have a connection.

When she heard he had been cast in the film, she thought “some wild shit was going to happen to me from that meeting, but I wasn’t yet sure what. I just felt it like, deep in my soul — that something was going to come from that. So then, we met on set.”

Megan continued, “I knew right away that he was what I call a twin flame. Instead of a soul mate, a twin flame is actually where a soul has ascended into a high enough level that it can be split into two different bodies at the same time. So we’re actually two halves of the same soul, I think. And I said that to him almost immediately, because I felt it right away.”

“I think it was the second day [of filming]. I asked him to come into my trailer for lunch, and I put him through all of this astrology stuff,” she said. “I went deep right away. I knew before I even did his chart, I said to him, he has a Pisces moon. I could tell by his energy.”

Much luck to the two of you.