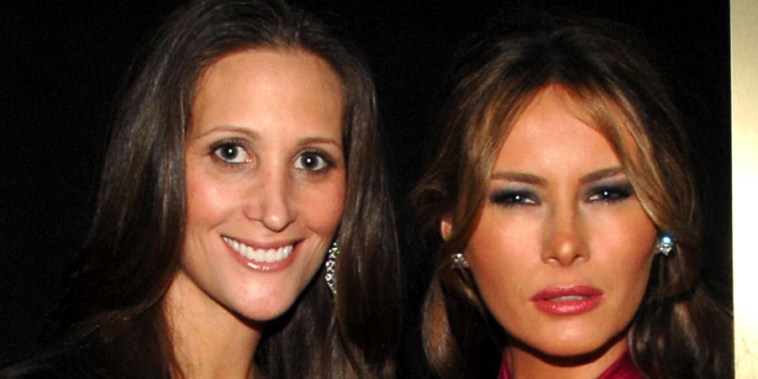 Regardless, from the early 2000s to February 2018, when Wolkoff was abruptly dismissed from her role in the East Wing, the former Vogue staffer remained loyal to Mrs. Trump.

The passages reveal the depth of the infighting between Melania and husband President Donald Trump‘s daughter Ivanka Trump. They highlight Operation Block Ivanka, a joint effort between Wolkoff and Melania to keep Ivanka from being positioned too close to her father during the inauguration’s swearing-in ceremony.

Here are some of the highlights from the book:

An explanation of Melania’s “I really don’t care, do you?” jacket:

“They all went crazy about the zero-tolerance policy at the border. But they don’t know what’s going on. The kids I met were brought in by coyotes, the bad people who are trafficking, and that’s why the kids were put in shelters. They’re not with their parents, and it’s sad. But the patrols told me the kids say, ‘Wow, I get a bed? I will have a cabinet for my clothes?’ It’s more than they have in their own country where they sleep on the floor. They are taking care nicely there.” She added, “Did Michelle Obama go to the border? She never did. Show me the pictures!”

“It’s being arranged,” [Melania’s move to Washington D.C. she explained. “I’ll have someone.”

“You’ll only have one person?” I asked. “How many does Ivanka have?”

“Who?” Melania said. “You mean Princess?!” We both bellied over with laughter.

Neither was she happy to hear that Ivanka insisted on walking in the Pennsylvania Avenue parade with her children.

Ivanka texted me a photo of Barack Obama’s swearing-in, his hand on the Bible, Michelle, Malia, and Sasha standing to his left. She wrote, “FYI regarding the swearing in. It is nice to have family with him for this special moment.”

Instead, Melania and I launched Operation Block Ivanka to keep her face out of that iconic “special moment.”

After the inauguration, a friend “texted a photo she’d taken of the screen showing Melania’s head completely blocking Ivanka’s. ‘Happy MT blocked IT!’ ???,” according to the excerpts.

“I know who I married” and insisting her first priority is her son, Barron.

Melania dismissed President Trump’s “grab ’em by the pussy” recording and the Stormy Daniels settlement with the retort, “It’s politics.”

Disclaimer: We may earn a small commission if you buy through our links.

No, Director Sean Baker Is Not Making a Bella Thorne OnlyFans Movie