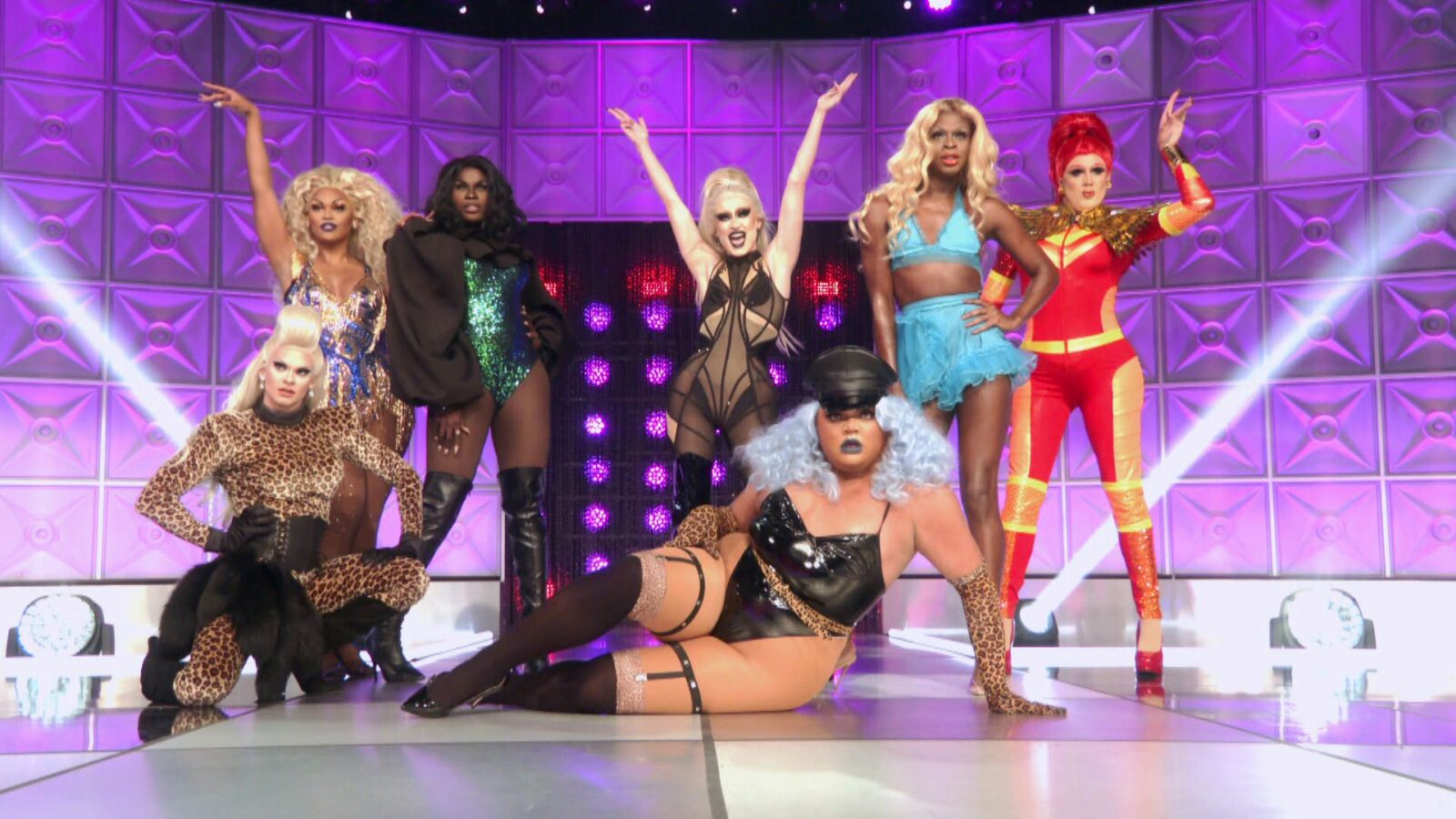 The new season of RuPaul’s Drag Race continues to deliver the twists and turns, as the queens compete for the crown. This week, we open the episode in the Porkchop Loading Dock where the queens who lost their lip syncs are forced to vote one of their own off. As the lipstick votes are cast, we discover it’s a tie between Utica and Elliott. In the runoff, it’s Elliott who must sashay away. Or does he?

When Ru checks in on the “winning” queens in the werk room, he announced that they will be joined by a special queen and in walks Elliott. After the initial shock and surprise, the queens hit the runway to show off their best day and night looks. There wasn’t a “Violet Chachki moment” this time, but some of the fashion was fierce.

Later, the queens were tasked to create a verse – and their own choreography – for Ru’s song “Condragulations.”  Kandy and Gottmik seemed a little lost but Olivia Lux, Symone and Elliott (out to prove she shouldn’t have been voted off) shone in the performance.

Speaking of shining, the runway theme this week is “Lamé, You Stay” and the queens brought the sparkle. Ru declared Symone and Olivia Lux as the top queens of the week and the pair lip synced to Dua Lipa’s “Break My Heart.” Although they were both fierce, Symone, appropriately decked out in a prizefighter ensemble, won the $5,000 tip.

This week’s MVP (of course): Gottmik

The queen who broke the cis-tem had some unforgettable moments this week. Trading her signature white makeup, she glowed on the runway in her rainbow hued daytime look and brought the drama with a gorgeous, black gown for her evening look. Reminiscent of her promo look, the dress left her chest exposed, and in the voice over, she said, “Ever since I got my top surgery, I love having my chest out. I am living for it.”

In her verse for “Condragulations”, she sang, “Gottmik was born a girl baby/Was told that I can’t do drag, knew I had something to prove and you’re gonna lose.” She was overcome with emotion during the rehearsal and later had an emotional discussion with Olivia in the werk room, where she said she felt “clocked” when the other queens used the he/him pronouns when she was in drag.

On the runway, she looked radiant and later, on Untucked, she discussed her “gender situation” with the other queens, who were so supportive of her, which was amazing to see. I don’t know about you, but I can’t wait to see more of her.

Stepping onto the runway “purse first” with her trademark tiny handbag, Olivia was a standout in the first challenge. Her sunny daytime look and sultry evening look were both winners, baby. Her performance (and look) in “Condragulations” was memorable and she fought the good fight against Symone in the lip sync. What earned her the runner-up title this week was her heartfelt conversation with Gottmik in the werk room. Hopefully, she’ll be around for a while this season.

Next week, the remaining queens are released from the Porkchop Loading Dock and will face the judges with their own performance…and maybe someone will finally get eliminated for real? Until then, remember that if you can’t love yourself, how in the hell are you gonna love somebody else? Can I get an “amen”?