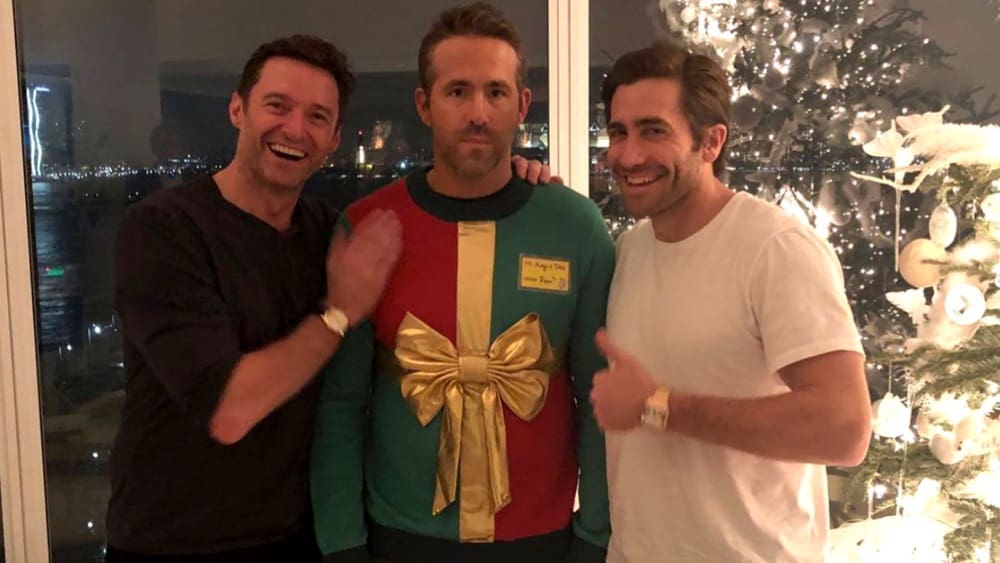 Yesterday (June 08, 2019) was National Best Friends Day in the United States and Deadpool star Ryan Reynolds decided to use it as an opportunity to troll X-Men movies star Hugh Jackman.

Reynolds took to Instagram to post a photo of himself with Jackman. However, the text of the update reads, “Happy Best Friends Day to Jake Gyllenhaal! (Not pictured).”

“I left set that day with the Logan music box,” Reynolds revealed on the film’s commentary track, “I stole it. I’m just letting you know.”

A couple of hours later, Jake decided to give it back to Ryan and posted a picture with Hugh with the caption, “Happy #bestfriendsday to Ryan Reynolds (not pictured).” Check out his post below:

Ryan replied to Jake’s post with a comment trolling Hugh. He wrote, “True story… Hugh is just under 5 feet tall”.

Hugh also added a comment of his own. He wrote, “Looking forward to our dinner on the 12th. Without… not pictured”.

Jake replied to Hugh’s comment with an RSVP for the dinner.