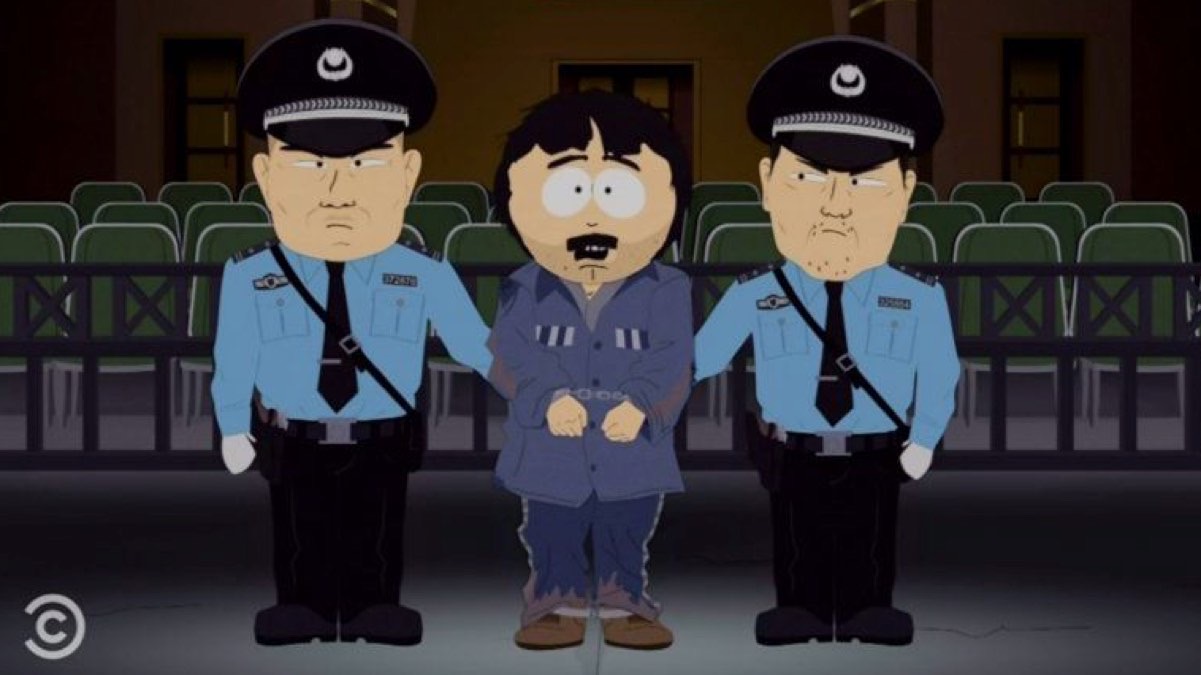 Comedy Central’s South Park has been completely stripped from China’s internet after an episode criticized the country’s censorship practices and the detention of Muslim minorities, according to The Hollywood Reporter.

The latest episode of South Park took several shots at the Chinese government for censorship and Hollywood film companies like Disney for going along with it in order to get their films released in the lucrative Chinese market.

The episode frequently mocked Disney, including one screen in which Mickey Mouse appears and demands that various Disney and Marvel characters adhere to China’s guidelines.

There are no longer any mentions of South Park on Weibo, a social network similar to Twitter, and no clips, videos or episodes on Youku, a video streaming service similar to YouTube, which previously had numerous clips and even full episodes.

The largest online discussion platform in China, Tieba, no longer has any functional discussion boards on South Park, and any links to old pages now show a page with the message: “According to the relevant law and regulation, this section is temporarily not open.”

South Park aired its most recent episode, “Band in China,” last week. It includes a storyline about four characters, including main character Stan, forming a band that a Hollywood producer makes a documentary about, forcing them to make changes to appease the Chinese government so the film can be distributed in China.

At one point, Stan, while being forced to change something he wrote while a Chinese guard looks over his shoulder, says, “now I know how Hollywood writers feel.”

Matt Stone and Trey Parker, the creators of South Park, released an “official apology” to China amid the controversy.

“Like the NBA, we welcome Chinese censors into our homes and into our hearts,” they said. “We too love money more than freedom and democracy. Xi doesn’t look just like Winnie the Pooh at all. Tune into our 300th episode this Wednesday at 10! Long live the Great Communist Party of China! May this autumn’s sorghum harvest be bountiful! We good now China?”