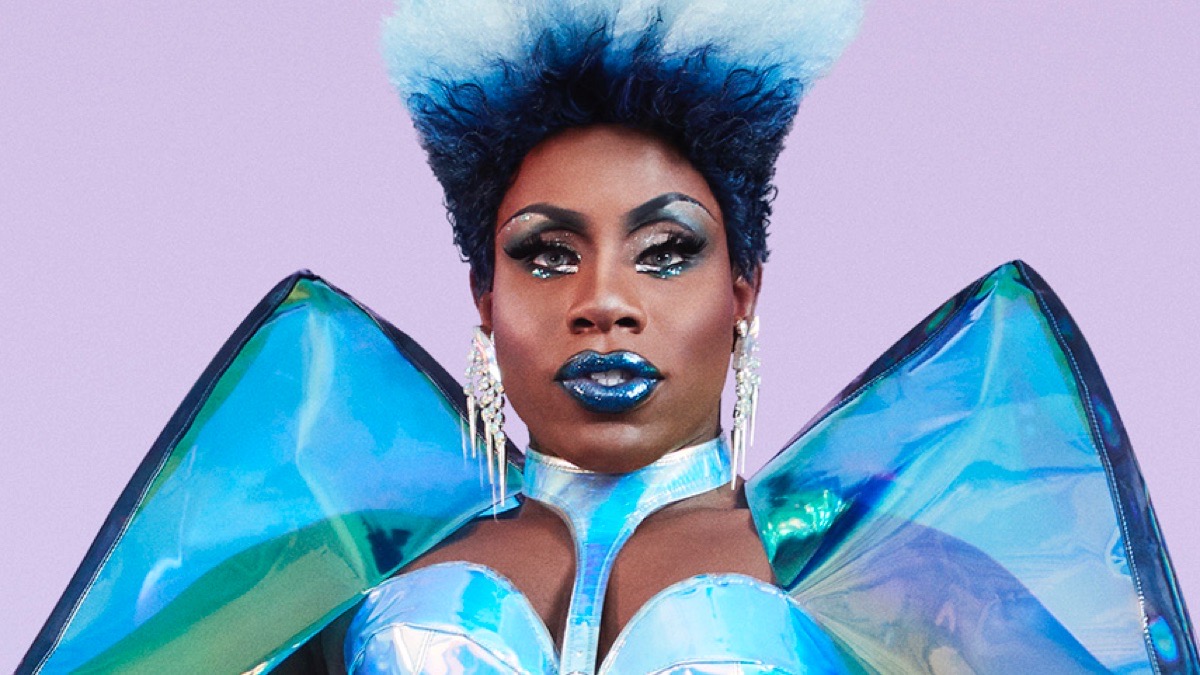 Hello, hello, hello! It’s time, once again, to check in with the queens of RuPaul’s Drag Race.

And, in the spirit of Valentine’s Day, we are spreading the love with videos and news from some of our favorite queens, including Willam, Monique Heart, Monét X Change and lots more.

We’ve got a lot to cover, so let’s get to werk!

On Thursday, a super trailer for season 12 of RuPaul’s Drag Race magically appeared, and I, for one, cannot wait for this season. In addition to getting a peek at some of the queens’ entrance looks, we also meet the judges, and Mama Ru has assembled a stellar lineup.

Did you catch Mama Ru on Saturday Night Live last week? If you missed it, ET Canada shared some highlights from the episode, which saw Ru give a drag makeover to Pete Davidson, play an unconventional game of charades and serve us up a little dose of our favorite designing woman. Ru’s influence was felt throughout the episode, and the 80s tributes kept coming with the cut for time sketch that featured Ru and SNL cast member Bowen Yang channeling Dynasty’s Diahann “Dominique” Carroll and Joan “Alexis” Collins.

Also cut for time was this sketch, called “Baby Doctor”. Words escape me, so just check it out for yourself.

Prior to his appearance on SNL, Ru chatted with Jimmy Fallon in an interview that went viral. When Jimmy pointed out that Ru was the first “drag queen” to appear on the cover of Vanity Fair, Ru’s reaction (and later, Jimmy’s) made for a hilarious moment.

The nominees for the 2020 Queerties have been announced, and you’ll find lots of queens from RuPaul’s Drag Race among the list of nominees. The awards celebrate the best of the best of the LGBTQ community in 23 categories from “Badass” to the “Next Big Thing.” There are some tight races here, with the likes of Latrice Royale, Miss Coco Peru and Bianca Del Rio up for the Drag Royalty award and Miss Vanjie, Kim Chi and Nina West in the running for Future All-Star. Willam, Trixie and RuPaul also have multiple nominations. You can vote once per day at Queerty.com and voting closes on Friday, February 21. Your votes matter, so give some love to your favorite queens and LGBTQ entertainers.

February is Black History Month and Monique Heart is paying tribute to black artists and trailblazers in a series of gorgeous photos posted to her Instagram feed in a series called “Honoring Our Blackness.” In the photos, Monique transforms into icons including Josephine Baker, Dorothy Dandridge, Whitney Houston, Grace Jones and, of course, the queen, Tina Turner. Monique told them that, “I started this series for BHM to honor our Blackness. The various people I have chosen to embody are all people in that specific look/outfit, scene, or moment in time that spoke to me as a young queer youth. That inspired and changed my life.”

Monique’s season 10 castmate, Monét X Change, took Refinery 29 (and us) on a tour of her impressive wig closet. Monique has amassed a collection she values at over $15,000, including a very queen-worthy $1500 human hair wig and, of course, an assortment of her trademark pussycat/bus driver wigs. As she shows off her collection, she discusses how she got his started in drag and talks about her first wig.

In the latest episode of “I Like to Watch”, Trixie and Katya riff on the third season of Netflix’s Chilling Adventures of Sabrina. I’ve not seen the show, but after watching this video, I think I am going to have to add it to my queue. Sabrina star Kiernan Shipka is also a fan of these queens and showed her love on Twitter.

Trixie and Katya talk about turning 30 on the latest “UNHhhh”. Katya says “age ain’t nothing but a number” and I couldn’t agree more. Get your weekly dose of hilarity from these queens who just keep getting older, wiser and funnier.

We post a lot of YouTube clips in the Week in Drag, and there’s a reason for it. Rolling Stone takes a look at how You Tube helped bring drag culture to a mainstream audience. Writer Evan Ross Katz spoke with frequent content contributors including Willam, Jasmine Masters and Soju as well as Lady Bunny.

Bunny pointed out that “YouTube is a way to get your stuff seen by bypassing traditional gatekeepers who would probably keep you off of mainstream TV shows, keep you from getting cast because you’re too heavy, too crazy, too outspoken, too far on the right, too far on the left. It’s a way to have you upload your own content, which can then start to reach a lot of people if there’s a buzz generated from it. So, in that sense, it has traditionally been a very democratic way to be like, ‘Here’s the artist; here’s the art.’ ”

The tenth RuPaul’s DragCon is coming to the Los Angeles Convention Center in May and if seeing some of your favorite queens, including Alaska, Scarlet Envy, Eureka O’Hara, Honey Davenport, Monique Heart, Kim Chi, watching the season 12 queens work the pink carpet and witnessing Mama Ru spinning tunes as he performs a DJ set bigger and better than ever before isn’t enough, there’s even more can’t miss events.

DragCon LA will be introducing immersive, experiential activations of both the Emmy-winning series RuPaul’s Drag Race as well as the fiercest shows from World of Wonder’s SVOD, WOW Presents Plus. The never-before-seen activations will give you a chance to strike a pose and photo and video your stunning lewks as you get up close and personal with your favorite shows. If that’s not enough to snatch your wig, DragCon 2020 will also be featuring LIVE versions of some of your favorite WOW Presents Plus series.

DragCon is closer that you think. Mark your calendar for May 1-3 and avoid FOMO by purchasing your tickets today.

The lovely Mercedes Iman Diamond was the guest on this week’s episode of “Hey Qween!” She talks to host Jonny McGovern about growing up in Kenya, her affinity for goats, moving to America, learning English and the story behind her (unintentional) catchphrase “oppalance”.

She also shares tales from the pageant scene and shares how she got her life back together after her stroke. Drag Race’s first Muslim queen talks about her experience on the show and how she finally came out to her fellow queens. It’s a great, in-depth interview and it made me love Mercedes even more. Check out part one here and head over to YouTube for part two and part three.

Over on the pods, Dida Ritz joins Willam and Alaska to discuss season four’s “Dads I’d Like to Frock” episode on (the Queerty nominated) “Race Chaser” Classique. Vicky Vox, whose new podcast “Doing Great” is another must-listen, is the latest contestant on Mano Agapion’s “Who Wants to Be a Fake Drag Race Winner?” game show on “Drag Her.” Can we get Vicky on Drag Race already?

Willam once again takes us behind the scenes and shows us how he gets gorgeous with a little help from his friends on the latest “Paint Me Bitch.” In this episode, he looks back on his appearance in a 2003 cross dresser magazine and gets his mug beat for the Eastenders premiere.

Willam tries on (and struggles to get out of) some great new kicks with the help of DJ Pastabody in his latest shoe haul video. I don’t know if I am more envious of his shoes or his wigs.

Speaking of wigs, Jaymes Mansfield is back with another “Wig Wars” match. This time Aubrey Del Mar and Jemma Stone have 30 minutes to transform a blonde ‘do into a 1980s glam rock look.

Also this week, Jaymes took a break from wigs to creates a glamorous face with the help of Miss Fame’s cosmetic line. Fame’s Under My Skin collection features an eyeshadow palette in shimmery shades and three pots of glitter. The resulting look is absolutely fierce. Don’t believe me? Check it out for yourself.

Carrera asks everyone to step up and do their part to protect animals from the horrors of the fur industry. She says, “The power is in our hands, and it’s all about activating our own will.” (Warning: there are a few graphic images in the video.)

Drag Race season 12 is still two weeks away, but Yuhua Hamasaki has a little something to tide you over until the premiere on February 28. ON the lat4st episode of “Bootleg Opinons”, Yuhua and her season 10 castmate Dusty Ray Bottoms rate and review the season 12 queens’ patriotic-themed promo looks.

It may feel like Ross Matthews has been a Drag Race judge since the beginning, but he’s actually missed out on some iconic moments. In this video, titled “Drag Race FOMO” Ross shares his thoughts on some of the most memorable lip syncs from RuPaul’s Drag Race and RuPaul’s Drag Race All Stars that he did not get the chance to critique the first time around.

If you’re missing the queens of Drag Race UK, Cosmopolitan has a treat for you. Watch the pride of Essex, Cheryl Hole, as she creates a bold makeup look.

Tongue pop! Alyssa Edwards is back with another episode of “Alyssa’s Secret”. In this video, she recaps her exciting 2019 accomplishments and teases what’s to come. Want to check out episodes as soon as they’re released, including the new episode where she spills some tea with Shangela? Get access to this and so many other web series starring your favorite queens by subscribing to WOW Presents Plus.

What’s the healthiest oil? Are Omega-3s good for you? What should you eat for Vitamin D deficiency? Find out as Derrick Barry and Kimora Blac test their knowledge of all things nutrition on the latest episode of “Wait, What?”

Ariel Versace and Soju talk about Wawa, Korean fried chicken and more as they compete on “Besties for Cash.” How well do these season 11 queens know each other? Tune in and find out.

That’s all for this week, but I wanted to leave you with a little sweet treat. Filip Lacina and the Pit Crew from RuPaul’s Drag Race Live! posted a video that has me looking into flights to Las Vegas right now. Check out their moves to the Pussycat Dolls song “React” and, until next week, everybody say LOVE!