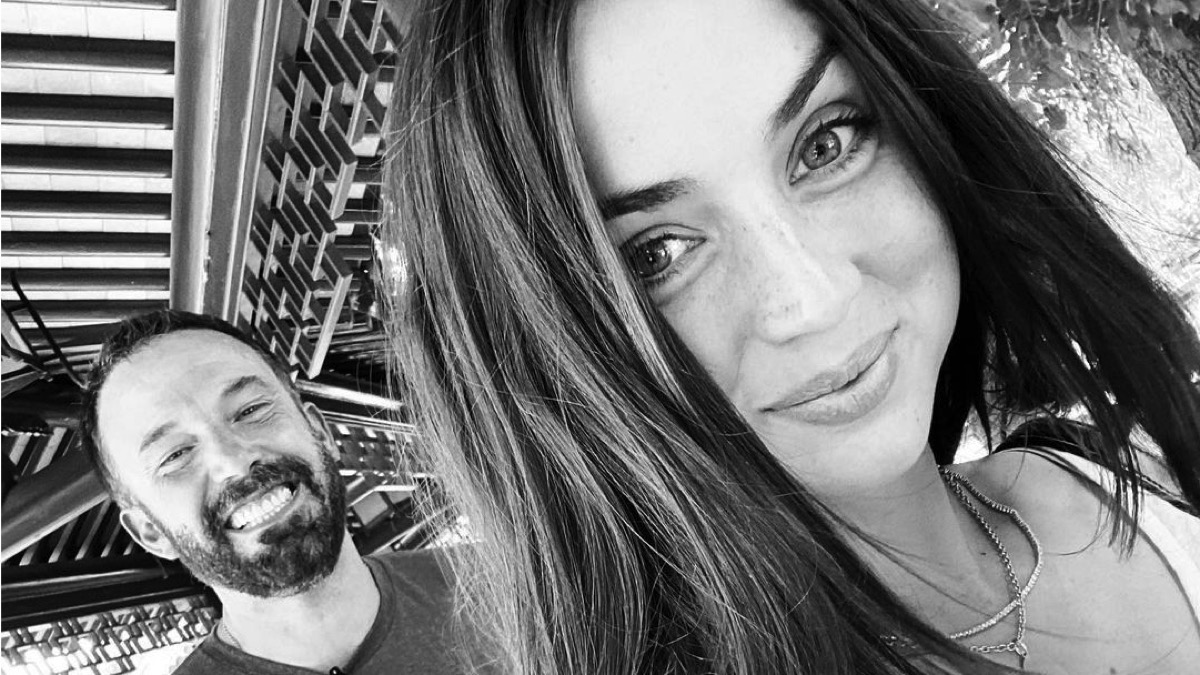 If there was any doubt that Ben Affleck and Ana de Armas had split, seeing a cutout of the Knives Out actress being put into the trash should learn that up.

Just hours after news of the couple’s breakup, photographers outside of Affleck’s Los Angeles home spotted the life-sized cardboard cutout of the actress being thrown in the trash.

Gee, I wonder why that cutout was put in the trash can outside of the actor’s home and where the paparazzi could photograph as it was happening?

The photos, obtained by the Daily Mail, show it’s the same cutout Affleck’s three children — Violet, 15, Seraphina, 12, and Samuel, 8 — whom he shares with ex-wife Jennifer Garner, were seen playing around with over the summer. In June, the kids placed the cutout in front of Affleck’s house.

The disposal however of the cutout, was no easy task. Apparently it was too big to fit in the trash can and it required two men to struggle with the fake-Ana.

With the odds stacked against them, they finally resorted to breaking the cardboard in two in order to dispose it.

It is only January 19th and we already may have the paparazzi photo of the year!