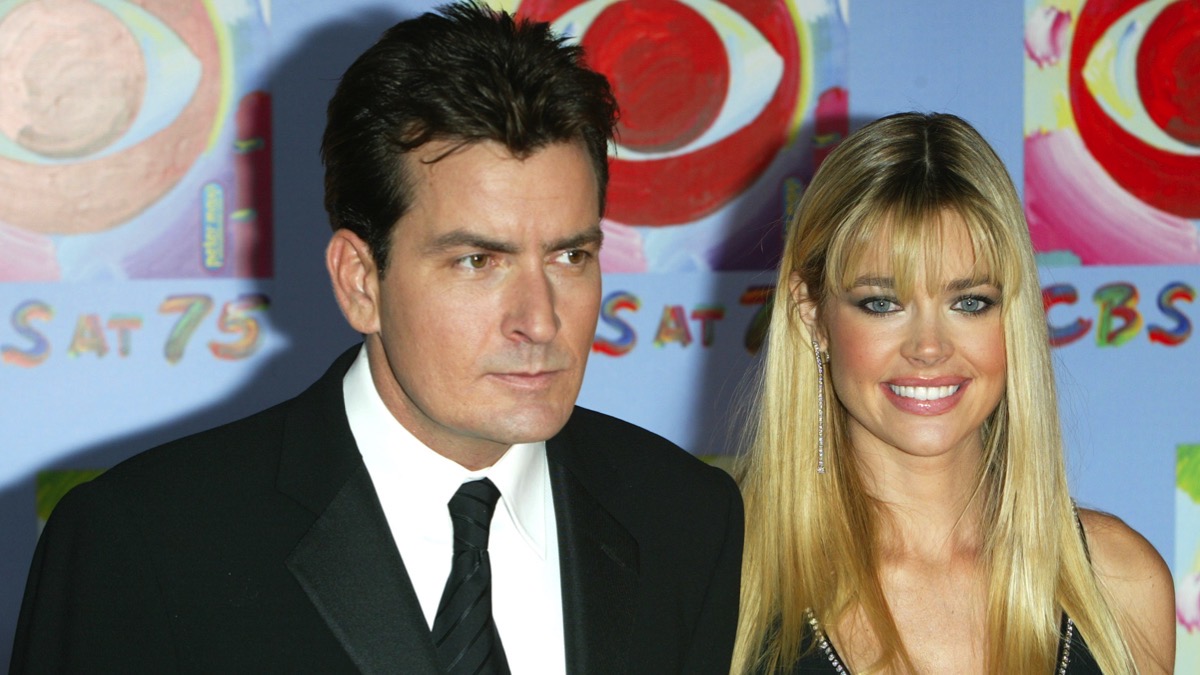 Charlie Sheen, the ex-husband of former Real Housewives of Beverly Hills star Denise Richards, is denying that he is the reason she quit the show.

She does what she wants in these matters,” he told Page Six through his publicist Jeffrey Ballard, but he added, “And I applaud her decision of ‘one and done.'” Well, two [seasons] and done.

According to Bravo, Denise walked away from the show because the network wouldn’t pay her as much money as she wanted to re-up her contract for a third season. Denise says she walked away without even trying to negotiate because of the disastrous second season.

The entire season centered around her alleged lesbian affair with Brandi Glanville. Brandi recently went into detail about the alleged hook up, calling Denise “sexually aggressive.” She claims they hooked up more than once.

Denise has always denied sleeping with Brandi and even claimed on the show that Brandi had told her that she had hooked up with at least one of the other cast members.

A rep for Richards confirmed on September 9 that she wouldn’t be back for season 11 of the series.

Sheen and Richards, who were married from 2002 to 2006, share daughters Sami, 16, and Lola, 15. She previously revealed that she spoke to her ex about her decision to join the franchise in 2019.

Denise Richards Has Left the Building! She Leaves RHOBH After Two Seasons

The ‘Real Housewives of Beverly Hills’ Reunion Is Going to Be Explosive!