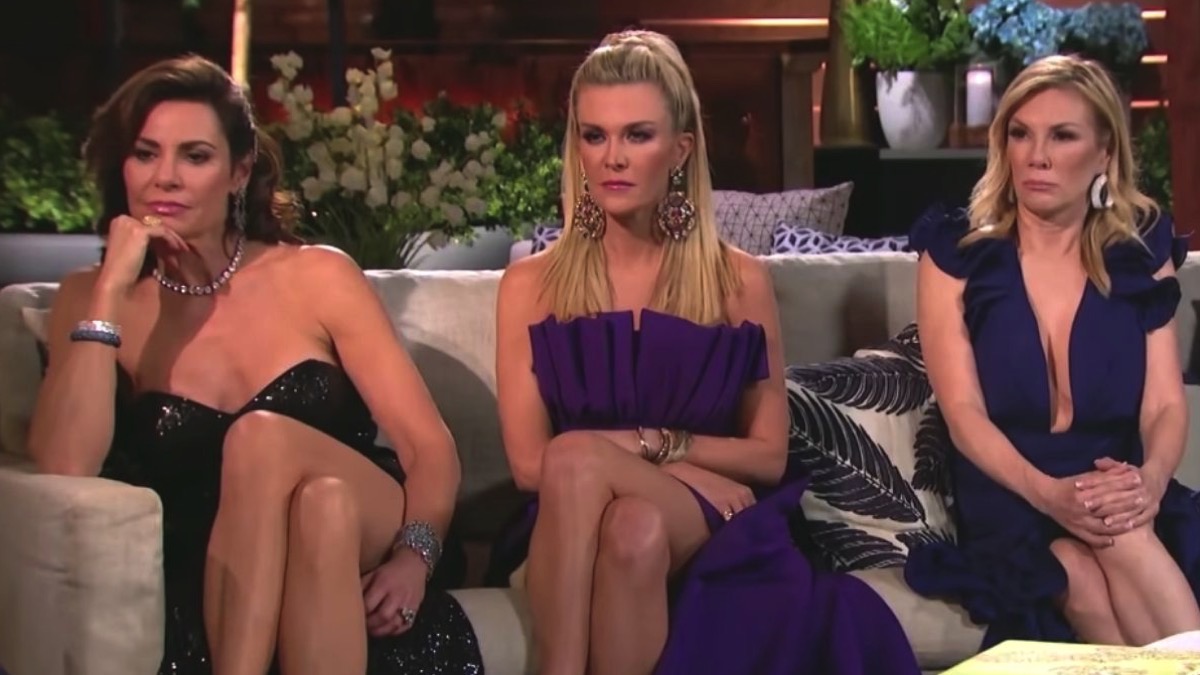 Through some internet sleuthing, it was quickly determined that the former American Idol contestant was Constantine Maroulis.

Appearing on the podcast Behind the Velvet Rope with David Yontef, Maroulis confirmed the news.

“Of course, my phone started blowing up. I’m like, What the fuck? And I was like, What? And yeah. So I didn’t really know what was happening and sure enough… I guess I got a million calls about it. A couple of people sent me the video and I was like, Oh yeah. Okay. Yeah, they’re definitely talking about me!”

Maroulis revealed that he is still in contact with all the women and has spoken to them after the airing of the most recent episode.

“I think they all have nice things to say about me because it’s all about respect and I deliver the goods,” he said.

Of the three women, he actually seriously dated Tinsley. Maroulis said of the relationship:

“Tinsley and I like legitimately went out many years ago during the height of ‘Rock of Ages,'” he said, referring to the Broadway musical in which he starred. “I know a lot of people think it was like bullshit for her TV show [High Society on The CW], but we genuinely really care for each other and liked each other.”

“I just think there was a lot going on for both of us. And I got to know her mom, got to know her sister very well, Dabney, and I love her mom and they’ve supported me over the years on so many projects,” he continued. “Tinsley went through a lot and I was there for her, I’d like to think. People thought it was totally fake, it wasn’t though, it was real. She’s gonna hate me for saying this, but once she started calling me her boyfriend, I was like, ‘What?’ I don’t like titles, is that terrible?”

Constantine Maroulis, the man that got away.

This Week in Real Housewives News: RHOA Is Back Along With New Taglines, Has Tinsley Mortimer Quit ROHNY, RHOBH Star Garcelle Beauvais Talks Drama and More