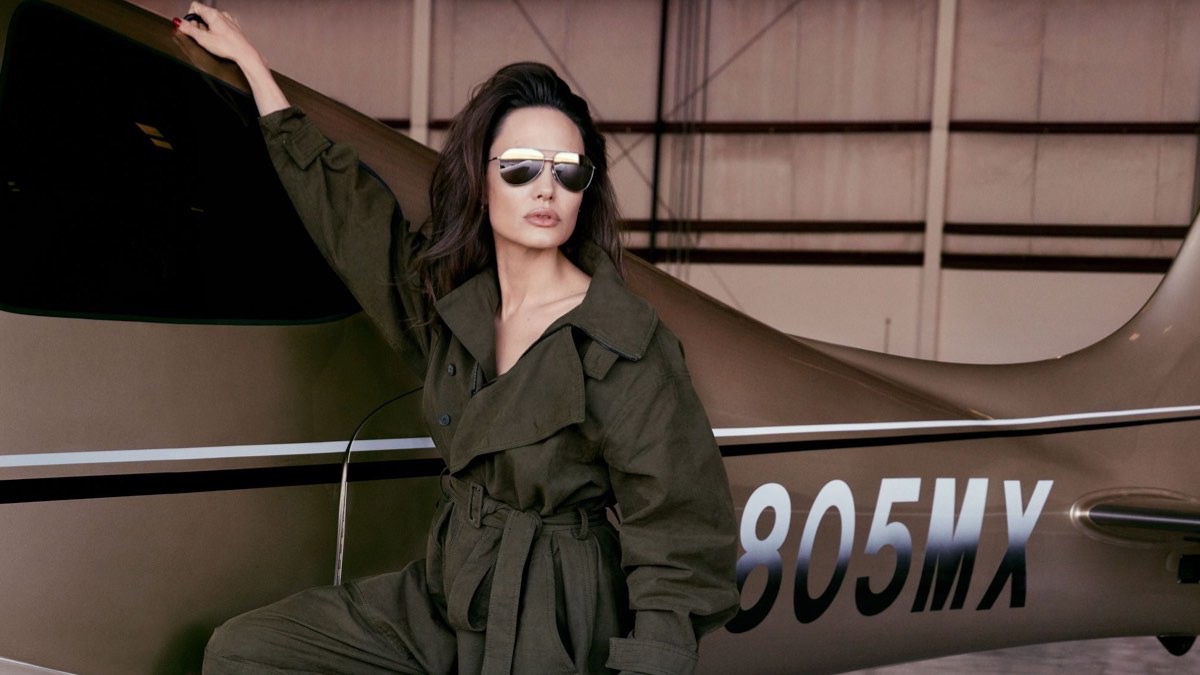 Angelina Jolie is lending some advice to her kids.

In the latest issue of ELLE, the 44-year-old actress and philanthropist writes an essay in praise of strong women and the men who support them. Throughout the piece, Jolie reflects on how women are often unfairly treated as witches in what she calls “the ultimate conspiracy theory” and links back to the Salem trials.

In that context, Jolie mentions the six children she shares with her ex, Brad Pitt — Maddox, who celebrates his 18th birthday on Monday, Pax, 15, Zahara, 14, Shiloh, 13, and 11-year-old twins Vivienne and Knox.

“I could not be prouder of my sons for the men they are becoming, the way they respect their sisters and are respected by them,” Jolie praises, before revealing the advice she bestows on her daughters.

“I often tell my daughters that the most important thing they can do is to develop their minds,” she shares. “You can always put on a pretty dress, but it doesn’t matter what you wear on the outside if your mind isn’t strong.”

“There is nothing more attractive — you might even say enchanting — than a woman with an independent will and her own opinions,” Jolie adds.

Taylor Swift’s upcoming album is called Lover, and it seems like part of this new era involves reinventing herself from the girl who laughs into her lunch when you ask to sit at her cafeteria table, to a cookie-pushing bundle of rainbow-colored hugs in a LOVE IS LOVE t-shirt. Taylor is such a lover now, she reportedly brought together Katy Perry and Selena Gomez for a song on her album. — Dlisted

Lil Nas X appears on the cover of British GQ Hype this month and spoke to the magazine about what he’s doing after “Old Town Road” and what people have been saying to him since he came out as a gay man. — Towleroad

Did Joshua Jackson and Jodie Turner-Smith pick up a marriage license recently? — Celebitchy

Once again Janelle Monae‘s fashion is on point. — Go Fug Yourself

Adam is an upcoming film that deals with gender identity — and it’s got a large online pile-up against it, asking people to boycott it. — Boy Culture

Aaron Carter “rescued” a bulldog from the Lancaster Animal Care Center in Los Angeles and the center was thrilled he did so, sharing a pic of him with his new pooch on their Instagram page. But now the post has been updated to say they’re looking into claims Carter is selling the dog to make a profit. — Evil Beet Gossip

While the golden-haired pop star has been busy falling in love, getting in summer bikini-bod shape and canceling her Las Vegas show, her two sons have been growing up.

Britney Spears posted a picture of sons Sean Preston Federline, 13, and Jayden James Federline, 12, from their trip to Disneyland this weekend on Instagram.

“Great time at Disneyland today …. but I don’t remember ever getting that wet on splash mountain. Geeez,” Spears, 37, captioned the photo series.

We used to see pics of Spears and her boys, who she shares with ex Kevin Federline, out and about a lot. Not so much anymore. The performer said there’s a reason for that.

“Anyhow my boys are older now, so they don’t like their picture taken ever… so I was thrilled today when they said SURE !!!!!” she said, adding of Disneyland, “Such a great place!!!!!”