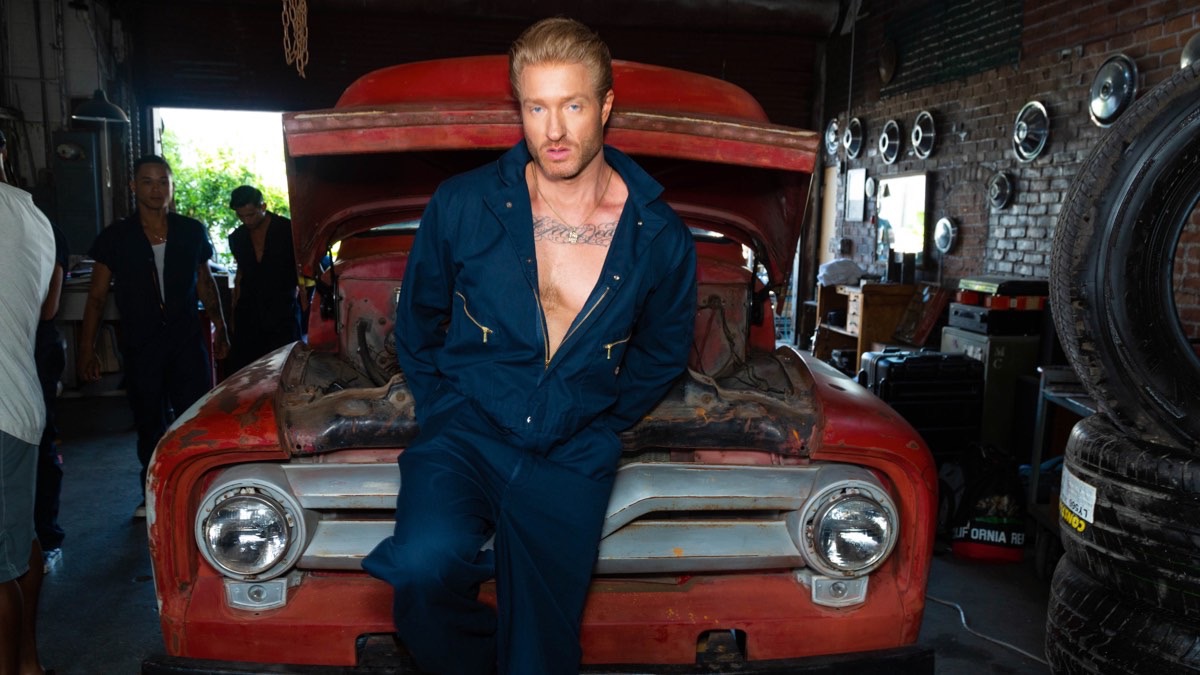 Rapper Cazwell has been an influential presence on the music scene since the debut of his first studio album Get Into It in 2006. The album featured the single “All Over Your Face” and a video (featuring Amanda Lepore) that was deemed too hot for Logo.

Since then, Cazwell has collaborated with a number of RuPaul’s Drag Race queens, including Manila Luzon, Peppermint and Yvie Oddly. His latest single, “I Love You” doesn’t only have an infectious beat and a video packed with eye candy, it also has a message, as Cazwell is a strong supporter of the trans community.

His latest project is a podcast with Peppermint called “It’s a Mess”. On the weekly, 45-minute show, Cazwell and Peppermint offer advice on everything from friendships to relationships, while also touching on more serious topics like trans rights and gay adoption.

We talked to Cazwell about the new podcast as well as his music career, which is hardly considered a mess.

Podcasts You Should Know: Talking “True Crime Obsessed” with…

Socialite Life: So, why a podcast?

Cazwell: I had the idea to do a podcast with Peppermint because I want to do something with her that would obligate her to talk to me at least once a week. Ever since she got on RuPaul’s Drag Race, she practically lives in an airport and we have to budget time just to talk so I thought this would be a perfect thing to bring us together to shoot the shit.

SL: What inspired you to do an advice podcast?

Cazwell: Me and Peppermint think we give really good advice LOL. We’re both very opinionated and approach things different ways. I tend to be more aggressive with advice and she seems to want to dissolve the conflict so between both of us I’m sure we can give our listeners something they can use.

SL: What has been the most interesting question or topic you’ve dealt with so far?

Cazwell: That’s an interesting question. One thing that I wasn’t expecting was to get so many questions from straight people LOL. I think the most interesting topics tend to be about money and sex problems. Also, people have hit us up asking the best way to get revenge on someone that has done them wrong. Those always get a creative answer.

SL: What topics do you really want to address in a future episode?

SL: What are you hoping to accomplish with the podcast?

Cazwell: I’m hoping that the podcast breaks into other things. We would like to start doing a visual show either on YouTube or Instagram TV. Right now, Peppermint is in New York and I’m in Los Angeles so that’s not easy to do. But I love the idea of having a podcast because people can listen when they are on the go and it’s the perfect length of time. Just under 45 minutes typically.

SL: What’s the best advice you’ve ever been given?

Cazwell: That if it doesn’t make you a little scared it’s probably not worth doing. – Mother Flawless Sabrina

SL: Let’s talk about you. How did you get your start in music?

Cazwell: I started my music career in a kind of a fag/dyke rap a duo called Morplay in Boston. We moved to New York City, broke up and I got signed a Peace Bisquit records and they worked out a deal with me and West End records so that I could use their disco samples then came songs like “All Over Your Face” which seemed to put me on the map.

SL: Who were your influences?

Cazwell: Growing up, the Beastie Boys were always a huge influence also Madonna. Missy Elliott has probably been the biggest influence as far as how to incorporate my personality, style and visuals with music.

Cazwell: I typically like to aim for club bangers whether it’s hip-hop or more in the house music direction. My sound is pretty schizophrenic and you never really know what the next sound is going to be. I might do a trap love song like Cakes or something more playful and lighthearted like I Love You. I just do whatever I’m feeling at the moment and without putting too many limitations on myself.

SL: Who are some of your favorite artists to collaborate with?

Cazwell: I love collaborating with Luciana, Amanda Lepore, Peppermint and I love all the producers that I’m so lucky to work with. Sometimes it feels like I’m more used to working with other people than actually doing a song just by myself LOL

SL: Who would you still like to collaborate with?

Cazwell: I have a huge sense of accomplishment after I drop music accompanied by a video. So much thought goes into a visual component for song it feels like I hit another mile stone every time I drop a video.

SL: What’s next for you?

Cazwell: What’s next for me is that I’m a shooting a video for my track “Duolingo”. The whole video is one giant lap dance, so get ready!

You can check out more of Cazwell’s music on his YouTube channel and follow him on Twitter and Instagram. New episodes of “It’s a Mess” are released on Thursday and can be found wherever you listen and on the Forever Dog network.

Endnotes: Angelina Jolie Reveals Her Advice for Her Daughters in Essay for Elle and More!