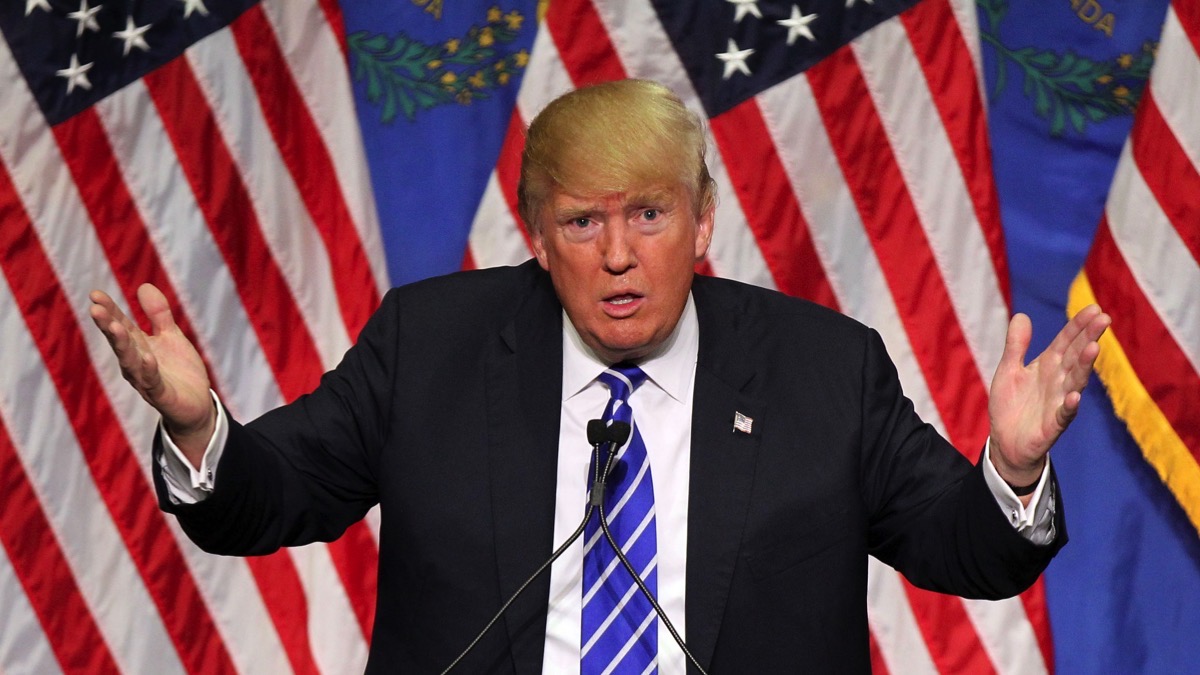 Welcome to our IRL (In Real Life) weekday news roundup where we highlight the major new stories that we think you should be paying attention to and following.

To register for President Trump‘s June 19 rally in Oklahoma, attendees must agree not to hold his campaign responsible if they catch coronavirus at the event.

Trump is holding his first rally since March at the BOK Center in Tulsa, and attendees must agree to a waiver of liability that reads: “By clicking register below, you are acknowledging that an inherent risk of exposure to COVID-19 exists in any public place where people are present.

By attending the Rally, you and any guests voluntarily assume all risks related to exposure to COVID-19 and agree not to hold Donald J. Trump for President, Inc.; BOK Center; ASM Global; or any of their affiliates, directors, officers, employees, agents, contractors, or volunteers liable for any illness or injury.”

The BOK Center can hold about 19,000 people, and the Trump campaign told Newsweek there will be “health precautions” in place.

The Louisville Metro Council unanimously voted Thursday night to ban the use of no-knock warrants, in honor of Breonna Taylor.

Under the new ordinance, called Breonna’s Law, officers executing warrants must also have their body cameras turned on five minutes before serving a warrant and are not allowed to turn them off until five minutes after finishing.

Taylor, 26, was killed on March 13 after Louisville Metro Police officers entered her apartment on a no-knock warrant as part of a narcotics investigation. Thinking the police were intruders, her boyfriend fired a warning shot.

The officers returned fire, hitting Taylor eight times. No drugs were found inside the apartment. With a no-knock warrant, police officers identify themselves only after they gain entrance to a building.

First Lady Melania Trump renegotiated a prenup with President Donald Trump after he was elected in 2016, according to a new book by Washington Post reporter Mary Jordan.

The Pulitzer Prize-winning journalist’s book The Art of Her Deal: The Untold Story of Melania Trump says Melania stayed at Trump Tower in New York for months after her husband’s inauguration as leverage to force a better prenuptial agreement. At the time, she claimed she was staying in NYC because she didn’t want to interrupt their son Barron Trump’s school year.

The first lady’s extended stay in New York cost taxpayers $150,000 a day, according to NYPD, due to Secret Service protection. She and Barron moved into the White House in mid-June at an estimated cost totaling more than $22 million.

Jordan said that Melania deemed it necessary to “amend her financial arrangement with Trump — what Melania referred to as ‘taking care of Barron.’” NBC reports the new terms included ensuring a proper inheritance for Barron and dual citizenship for him in the U.S. and her home country of Slovenia so he could work for the Trump Organization in Europe.

Racist Karen From Torrence Is Back With a Vengeance

The attorney for Martin Gugino, the 75-year-old Buffalo protester who was hospitalized after being pushed to the ground by police, says Gugino’s “brain is injured.” (CNN)

Starbucks will allow workers to wear attire and accessories highlighting the Black Lives Matter movement, reversing its prior policy. (CNBC)

Chicago Mayor Lori Lightfoot said she was enraged after watching a video of police officers relaxing in a congressman’s campaign office as looting occurred in the South Side. Illinois Rep. Bobby Rush received a call that the office had been burglarized almost two weeks ago. Security footage didn’t show burglars — but about eight officers “lounging” in the office, the Democrat said in a joint press conference with the mayor on Thursday. (NBC News)

Hospitalizations for the novel coronavirus are on the rise in at least eight states, in what experts and officials said was in part an expected consequence of states reopening their economies, but also made worse by some people who have begun to disregard social distancing guidelines and aren’t appropriately wearing masks. The states in which the hospitalization numbers are increasing are Arizona, Arkansas, Mississippi, North Carolina, South Carolina, Tennessee, Texas and Utah, according to a new analysis by ABC News of public data from the past two weeks. (ABC News)