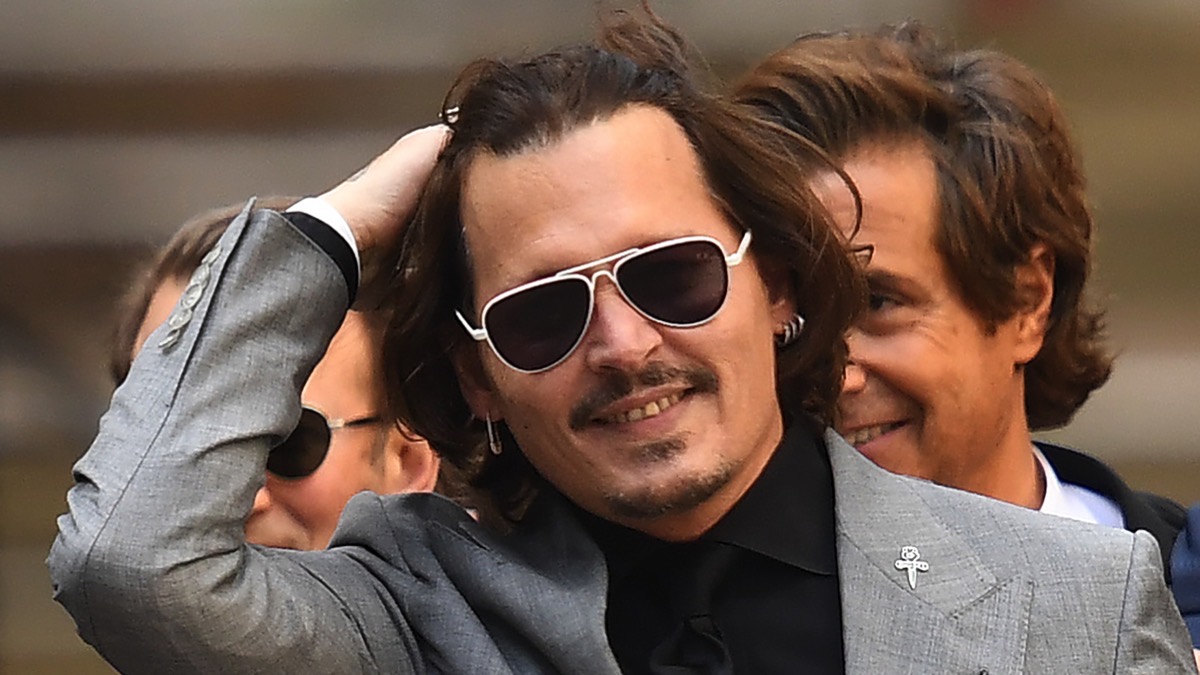 After 16 days, Johnny Depp‘s libel trial against UK tabloid The Sun, over calling him a “wife beater” has officially ended, however, it is going to be quiet the wait before the court makes its decision on the case.

Deadline is reporting, that the judge in the case, Judge Justice Nicol, is not expected to make a decision in the case until at least September.

Yesterday (July 28, 2020), Depp handed gifts and notes to fans who supported him outside court as his ongoing libel trial entered its final day.

In his closing submission, Depp’s lawyer told the high court that Amber Heard is a “compulsive liar” and “unreliable witness” as the defense relied on her allegations of abuse.

“From the big points to the small points, Ms. Heard has proved herself to be a wholly unreliable witness, and, frankly, a compulsive liar, and I don’t say that lightly,” Depp’s lawyer, David Sherborne, told the court.

According to the Guardian, Depp’s lawyer once again claimed Heard was the aggressor, highlighting a recording of the former spouses in which she supposedly refers to hitting the actor. Heard has denied Depp’s claims of abuse.

“At its very core, we say it demonstrates that she is the abuser, not Mr. Depp. He is no wife-beater,” Sherborne told the judge. “If it was a man who had said what Ms. Heard said and who had admitted to what she admitted to, if this was Mr. Depp for example, and it was the other way around, can you imagine what consternation there would be?”

Amber Heard gave a statement outside The High Court in London as the defamation trial between Johnny Depp and The Sun publishers concluded.

Here is her statement in full:

“I traveled to the UK to testify in these proceedings as a witness to assist the Court. After obtaining a restraining order in 2016 and finalizing our divorce, I wanted to move on with my life. I did not file this lawsuit and, despite its significance, I would have preferred not to be in court.”

“It has been incredibly painful to relive the break-up of my relationship, have my motives and my truth questioned, and the most traumatic details of my life with Johnny shared in court and broadcast around the world. I stand by my testimony in court and I now place my faith in British justice.”

“Although I did not bring this lawsuit, I am aware of the precious resources being consumed by his litigation and will be glad to see those resources re-directed back to more important legal matters already delayed by the Covid-19 pandemic.”

“I appreciate the dedication, hard work and support of the defense legal team, as well as my UK and US lawyers. I also wish to extend my thanks to the very kind and diligent court staff and the police, who have been so sensitive in ensuring my protection so that I could testify in safety.”

“And finally, my heartfelt thanks for the tremendous outpouring of support and the many messages I have received from around the world. You have given me so much strength and I send it back to you.”

Watch this space to see how this all turns out.