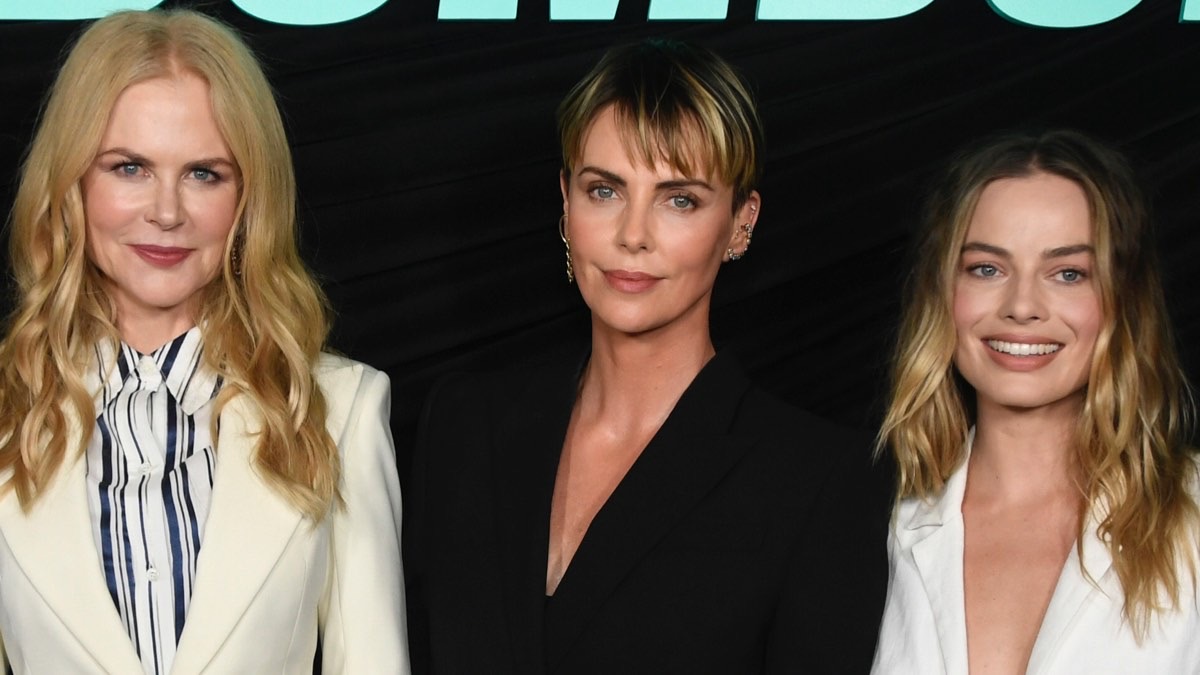 Bombshell lives up to its title, and then some, and the explosive story of the scandal in which a group of women brought down Fox News founder and ruler Roger Ailes entered the Oscar race in a big way Sunday.

Stars Charlize Theron, Nicole Kidman and Margot Robbie, director Jay Roach and screenwriter Charles Randolph appeared at the first night screening of the Lionsgate’s holiday release at Pacific Design Center, which was followed by a conversation with the quintet moderated by Madelyn Hammond.

Earlier in the day the actors, along with co-star John Lithgow — who brilliantly plays Ailes — did a Q&A following a SAG screening in Westwood.

Reaction was strong for a movie that is funny, fierce, furious, powerful, timely and moving — qualities that ought to secure it a place in the Oscar conversation as the season ramps up.

Lionsgate, which inherited the project after Annapurna put it in turnaround just two weeks before filming was to begin, is smart to get this out early, well before its December 20 release, in order to get the buzz going.

And buzz at the post-screening reception Sunday night definitely was there, much of it centered around Theron’s uncanny and remarkable transformation into Fox News star Megyn Kelly, who became a key player in the eventual ouster of Ailes when she admitted 10 years earlier she — like so many women at Fox News Channel, famous or not — had similar stories to tell.

Go Fug Yourself: Variety’s Power of Women Event Is A Modest Break From Bad Fashion

Celebitchy: Jennifer Aniston: “We Would So Love to Have the Era of Meg Ryan Come Back”

Kenneth in the 212: Daniil Medvedev Beat Alexander Zverev in Straight Sets to Win the Shanghai Masters, Plus Tons More in the Weekend Tennis Roundup!

Variety: Zoe Kravitz to Play Catwoman in The Batman

BEST INSTA VID FEATURING A SHOE OF THE DAY: Michael B Jordan