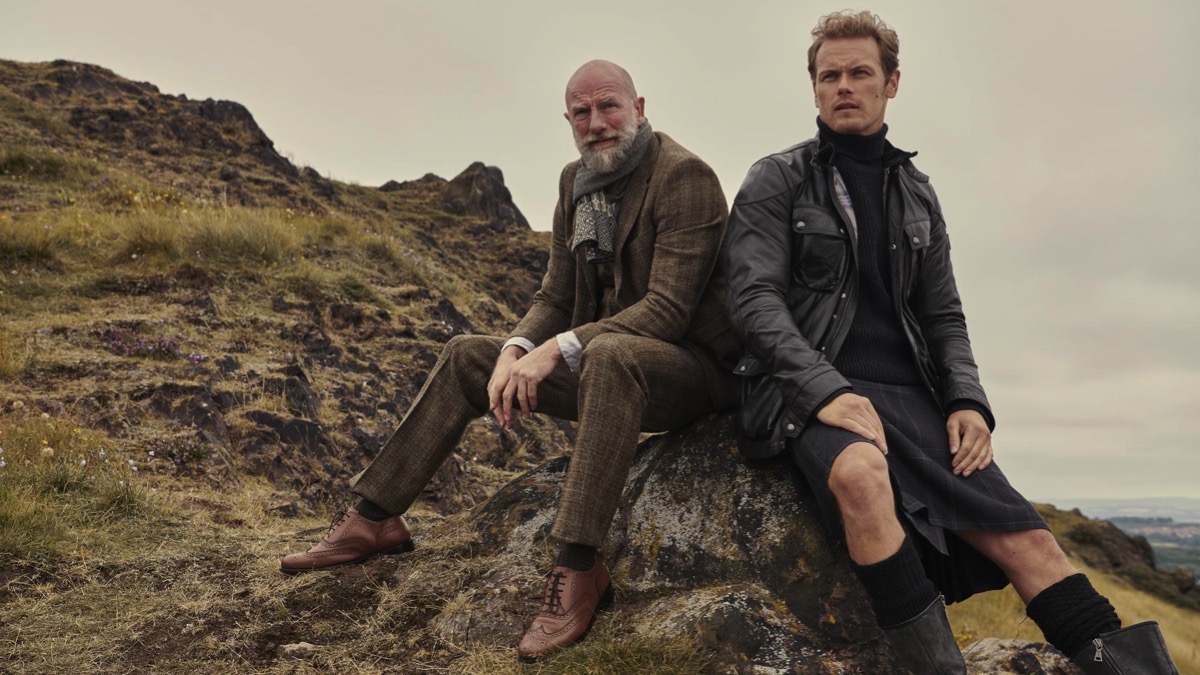 What would have been a perfectly enjoyable travel series featuring the rich culture and gorgeous landscape of a popular tourist destination has become even more of an escapist delight in the midst of a pandemic that has kept most people from not only traveling internationally but also from traveling to their favorite local restaurant.

Each installment of the 8-episode first season of Men in Kilts is centered around a theme. The first two episodes, made available to press, explore “Food & Drink” and “Scottish Sport,” respectively, but the series trailer also teases excursions that explore Scottish music, dance, and shepherding. Scuttlebutt is the episode that airs on March 7th centers on superstition and witchcraft, and features a “death historian.”

Men in Kilts is best when it isn’t trying to be something it’s not in the moments when it’s just two dude-friends and former co-workers who have know each other for years going on the kind of adventure they probably rarely if ever get to embark on during production season.

As Heughan describes it to TV Insider: “It’s a passion project with one of my best friends. We explore Scotland — its heritage, culture, food, drink, music, dance. And also I subject [McTavish] to lots of activities he doesn’t want to do.”