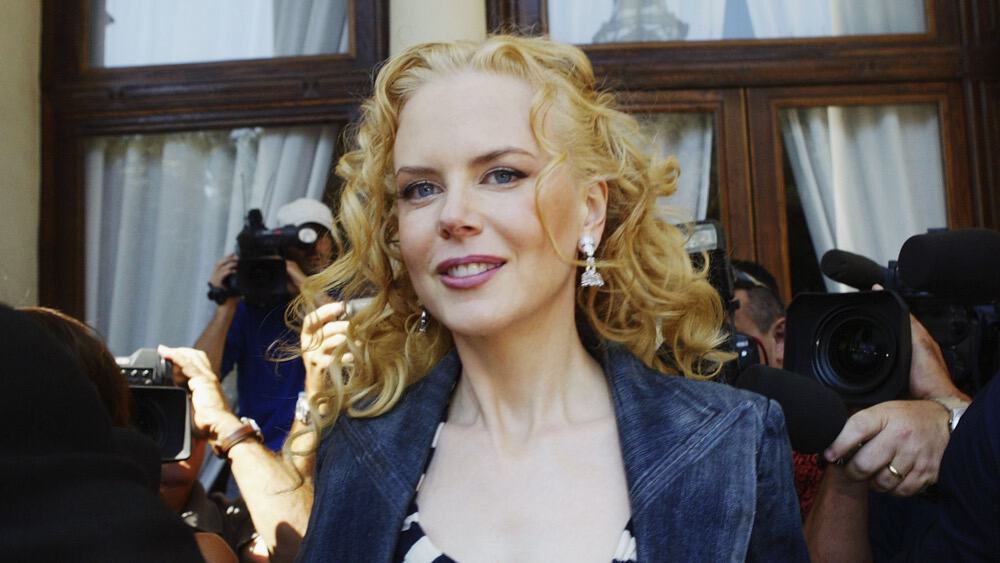 The Daily Star says Nicole Kidman was eating her starter at Spice Market when a piece got stuck in her throat.

If it’s in the Daily Star, it must be true.

The waiter spotted she was in difficulties and rushed to perform the Heimlich Maneuver to dislodge it. Nicole had been sitting on her own in a private area of the restaurant when it happened.

She was waiting for friends and had ordered some fried vegetable entrees as appetizers.

After hearing this, I had to check out Spice Market myself. It’s been hyped so much I was turned off by it. But if death by dining could occur – I’m there. Call me a risk taker.

Here are three takes on the to die for dessert, Ovaltine kulfi, and the restaurant itself.

Amanda Hesser: Ovaltine kulfi is dense and malty, like a Snickers bar coated with spiced popcorn and fennel seed. And a chocolate and Vietnamese coffee tart comes warm, topped with a pouf of milk foam. Its chocolate crust is as fragile as a dry leaf and gives way to a deliciously rich, smoky chocolate mousse.

There’s more to say but no room to write it. So go. But do not simply flit from your taxi to the door. First, fill your lungs with the aroma of the street — a sensual relic of old New York. Then suspend disbelief and save room for the Thai jewels.

Hal Rubenstein: The must-try dessert is Ovaltine kulfi; like ice cream without the air, dense and guilt-inducing as a frozen Snickers. The dare-you-try-it dessert is durian ice cream. Derived from the eponymous spiny fruit, it has a unique and oddly appealing taste—if you can get past the smell. Oh, come on. Do it for Jean-Georges. He hasn’t let you down yet.

Miu von Furstenberg: Ovaltine kulfi is so much more than a trumped-up Snickers bar. The taste is kind of like a spicy malted milk ball. It left me wanting more. Overall, I had a fantastic meal – the side dishes (I loved the mushroom eggrolls) were my favorite.

In regards to the smell; I don’t know what Ms. Hesser was smoking when she was asking us to “fill our lungs with the aroma of the street?” It made me want to puke.

Socialite Life debuted back in 2003. SL Flashback showcases some of our favorite content from years past. This article was originally published on April 20, 2004.

George Clooney Reveals That His Twins Are Already Pranksters

Big Little Lies Will Not Be Returning for Season 3