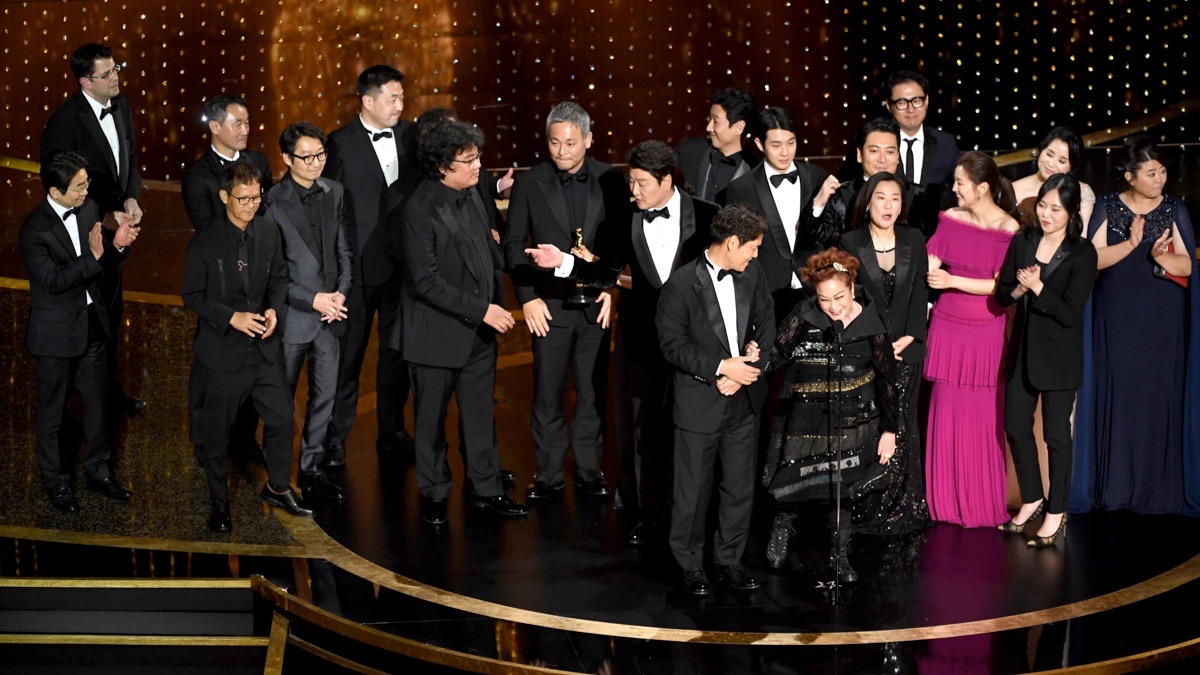 Last night (February 09, 2020) in Los Angeles, Parasite made history as the first non-English-language film to win Best Picture at the Oscars.

To no one’s surprise, Renee Zellweger (Judy) and Joaquin Phoenix (Joker) took best actress and actor, with Laura Dern (Marriage Story) and Brad Pitt (Once Upon a Time … in Hollywood) winning the supporting awards.

Both Phoenix and Zellweger spoke of our “commonality” and what unites humanity despite our challenges. “I believe we have become very disconnected from the natural world,” said Phoenix, a champion for animal rights who said he is an opponent of “isms” such as racism.

Zellweger, whose parents came from Europe, won previously as supporting actress in Cold Mountain. She thanked the usual colleagues and collaborators, including “my immigrant folks, who came here with nothin’ but each other and the American dream. How about this!” She also thanked a long list of people she admired, including Fred Rogers, first responders — “our heroes.” She said that although Judy Garland, the screen icon Zellweger portrays in the film, never won an adult Oscar, she considered this award “certainly for you.”

Lin-Manuel Miranda introduced a song medley at the 92nd Academy Awards, and it appeared it was just another compilation of songs in movies that have had an impact.

But then … Eminem came on stage to perform “Lose Yourself” and received a standing ovation from the crowd.

Although those at home seemed torn. Some took to Twitter to praise the performance and some were shaking their heads as to why he was there.

Before the actors and actresses take the stage to give their speeches, we get an opening number. Channeling A Beautiful Day in the Neighborhood, Joker, and even Midsommar, Janelle Monae brought the song and dance in a big way.

Steve Martin and Chris Rock should be brought back next year as Oscar hosts.

Or Maya Rudolph and Kristen Wiig.

Brad Pitt, “Once Upon a Time … in Hollywood”

“Learning to Skateboard in a Warzone (If You’re a Girl)”

“Once Upon a Time … in Hollywood”