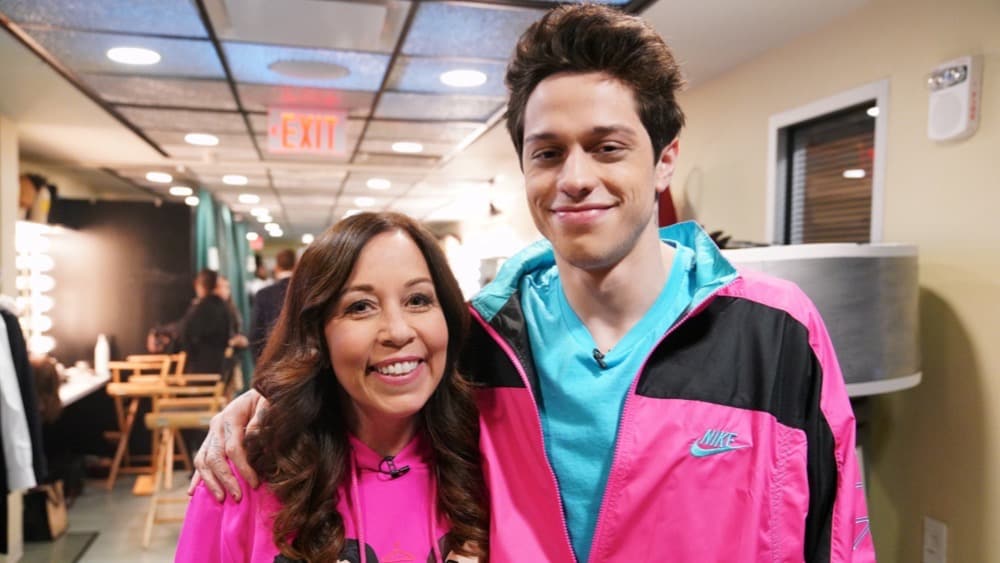 Davidson brought his mother Amy into his “Weekend Update” routine, calling her “the greatest roommate in the world.”

The actor recently bought a $1.3 million house in Staten Island, N.Y., for his mother, which they have shared since his break-up with Ariana Grande.

But Davidson did one better on the eve before Mother’s Day — he hooked his single mother up with Jon Hamm.

When asked by “Weekend Update” host Colin Jost what he had planned for the holiday, Davidson replied, “What do you mean? I put her on TV. This is it. Jon Hamm could be single and watching.”

But she didn’t have to settle. Hamm was watching and nearby.

The two were pictured backstage embracing and were featured on the “SNL” Twitter page with the caption, “Pete’s mom and her Mother’s Day gift.”