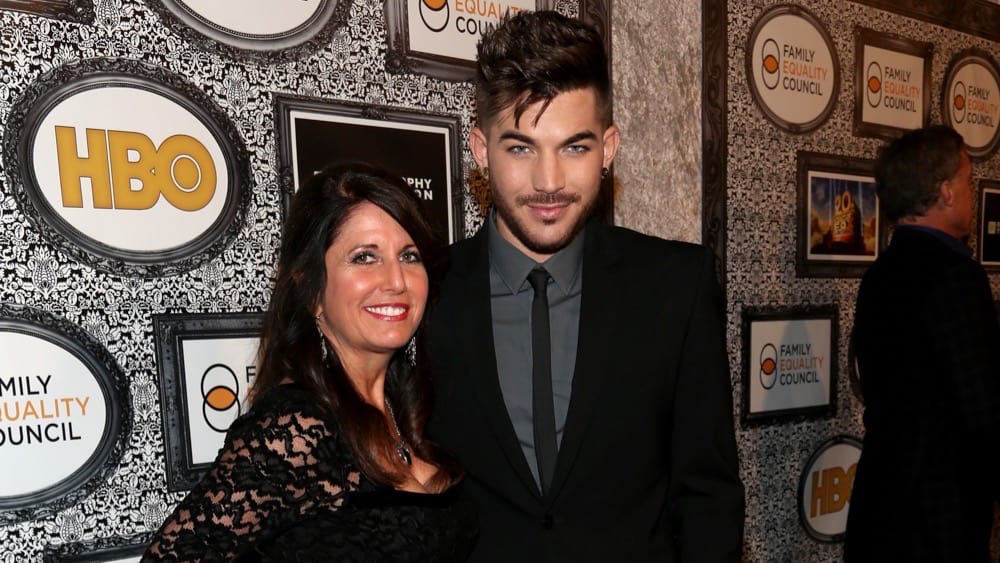 If you’re looking for an incredible mother/son relationship, then look no further than Adam Lambert and his mom Leila.

In the upcoming issue of People, the duo opens up about all sorts of things from fashion to Adam’s coming out, and all of it is a reminder as to just how awesome they are.

Like how Leila made sure to foster Adam’s creativity. “When he was a kid, any kind of arts and crafts, anything to do with being creative, I always wanted to make sure he had anything you’d want,” she told People.

She’s also where his affinity for shopping comes from–and I’m assuming his obsession with shoes. “I remember in high school, there was a period of time where we were hanging out a lot and we were doing a lot of shopping,” Adam said.

“You got to a point where you said to me, ‘I’m sick of all my clothes, I’m stuck.’ And I was like, ‘That’s all I need to hear. We’re doing a makeover!’ I definitely get my eye for style from her.”

As for his coming out, the singer revealed that his mom made it easier for him.

“When we had the coming out conversation … she kind of initiated it, which was hilarious…There was never a point where I was made to feel bad about myself, and I was kind of an out-there kid.”

Adam and his mother should really be giving talks on parent/child relationships–especially for those who have trouble with their kids coming out.

It’s kind of like what Matt Bomer said the other day: it’s part of who that person is. You can’t change it. So basically: it’s not weird, it’s Adam!

I love these two. You can read more of their interview in People. I wonder if Leila inspired any songs on Adam’s new album?

Also, it is now just over two weeks until The Original High drops. I. Cannot. Wait.

Socialite Life debuted back in 2003. SL Flashback showcases some of our favorite content from years past. This article was originally published on May 26, 2015.﻿