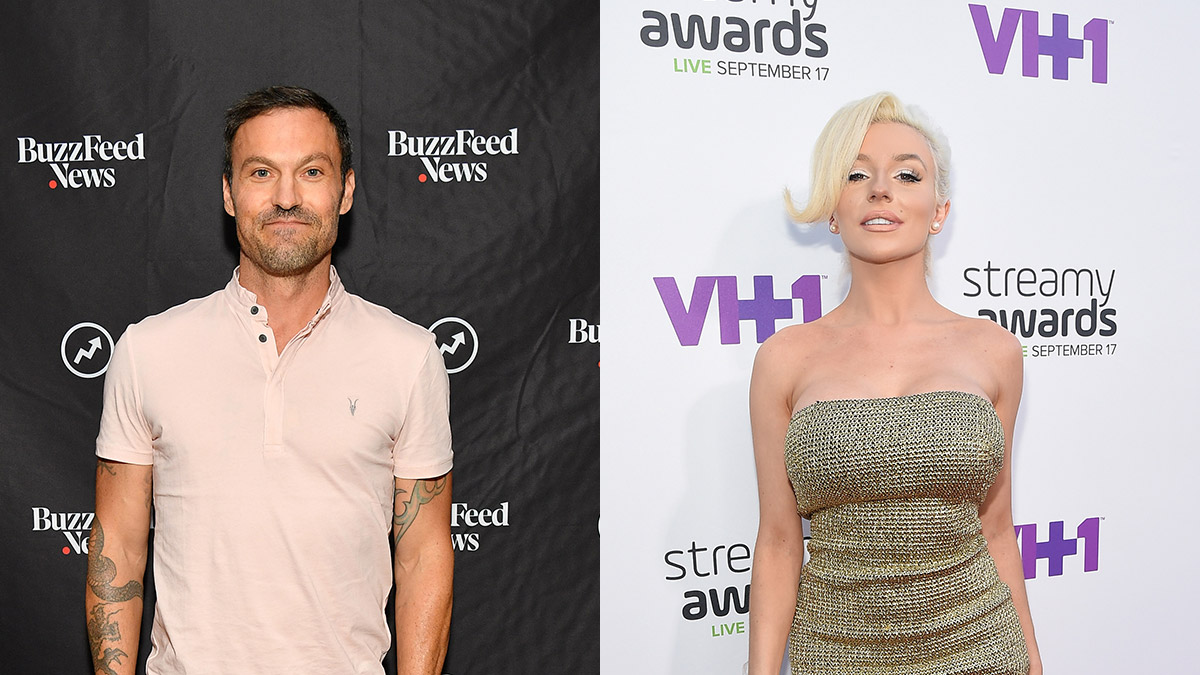 This past weekend Brian Austin Green, 46, was spotted enjoying lunch with reality star Courtney Stodden, 25, at a Mexican eatery, Mejica, in Agoura Hills, which is in the San Fernando Valley.

Last month, Brian confirmed his split with wife Megan Fox, on his podcast, revealing that they had been trying living separately since late last year. He said, “I will always love her. And I know she will always love me, and I know as far as a family, what we have built is really cool and really special.”

“It sucks when life changes and something that you’re used to, that you’ve been doing for 15 years, you try and not get rid of, but you change. There’s the unknown aspect… there’s that pit in my stomach… I really don’t want Megan and I to be at odds… She’s been my best friend for 15 years and I don’t want to lose that,” Green said.

Fox, for her part, has yet to publicly comment on the split but has been linked to her Midnight in the Switchgrass costar Machine Gun Kelly (his real name is Colson Baker).

“I don’t want this guy, Colson, who I’ve never met, who she said nothing but really kind things about, I don’t want him to be vilified because nobody did anything wrong,” Green said on his podcast of the rapper. “I trust her judgment, she’s always had really good judgment.”