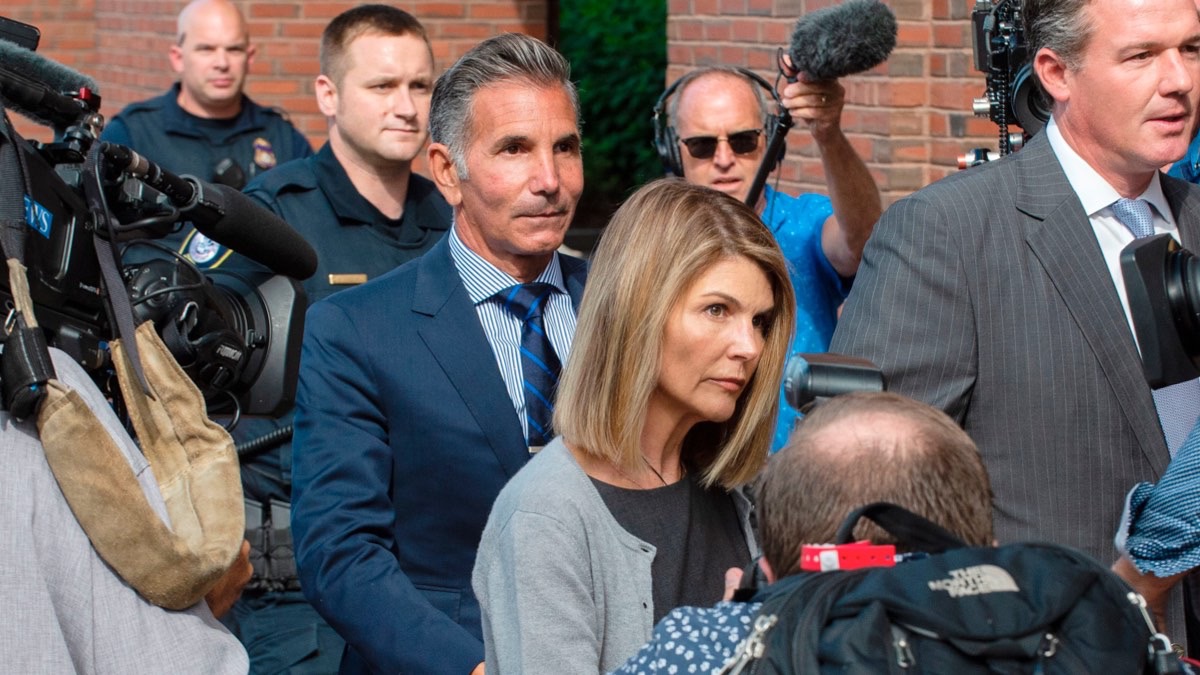 The couple appeared in Boston federal court Tuesday to settle a dispute over their choice of lawyers in a sweeping college admissions bribery case.

Prosecutors had said their lawyers pose a potential conflict of interest. Loughlin and Giannulli say the firm’s work for USC was unrelated to the admissions case and was handled by different lawyers.

The judge is expected to rule later on a potential conflict with another firm representing the couple that also represents other defendants in the case.

Somewhere a confused Britney Spears just got her mind blown. Because I’m sure that just like myself, she always pictured the very first Flamin’ Hot Cheeto being made by Chester Cheetah wearing a lab coat and safety goggles. Thankfully, Eva Longoria is making plans to educate everyone on the real person responsible for Cheetos’ spicy little fried nuggets. — Dlisted

Kim Kardashian: It’s ‘absolutely not true’ that “I’ve bought my way into a law degree.” — Celebitchy

Dude. Keep your dick in your pants. Rap artist Future just may be a father for the 7th time if accusations made by an Instagram model are correct. — Evil Beet Gossip

Lil Nas X, the 20-year-old rapper who came out as gay before “Old Town Road” spent a record-breaking 19 weeks at the top of the Billboard Hot 100, won “Song of the Year” at the MTV VMAs. — Towleroad

Leslie Jones will not be returning to the Lorne Michaels-produced sketch comedy show when it resumes in September. Sources say Jones has opted to depart the veteran series and will instead focus on her upcoming feature film projects and Netflix comedy special.

Meanwhile, Emmy winner Kate McKinnon has closed a new deal to return to SNL for its upcoming season.

For her part, Jones joined the show as a castmember in 2014 after originally boarding the series as a writer and broke out during multiple appearances on its popular “Weekend Update” segments. Jones was one of the original comedians who were considered to join the sketch show in December 2013 after SNL was criticized for having a predominantly white cast. Sasheer Zamata ultimately landed that spot.

Read more at The Hollywood Reporter.