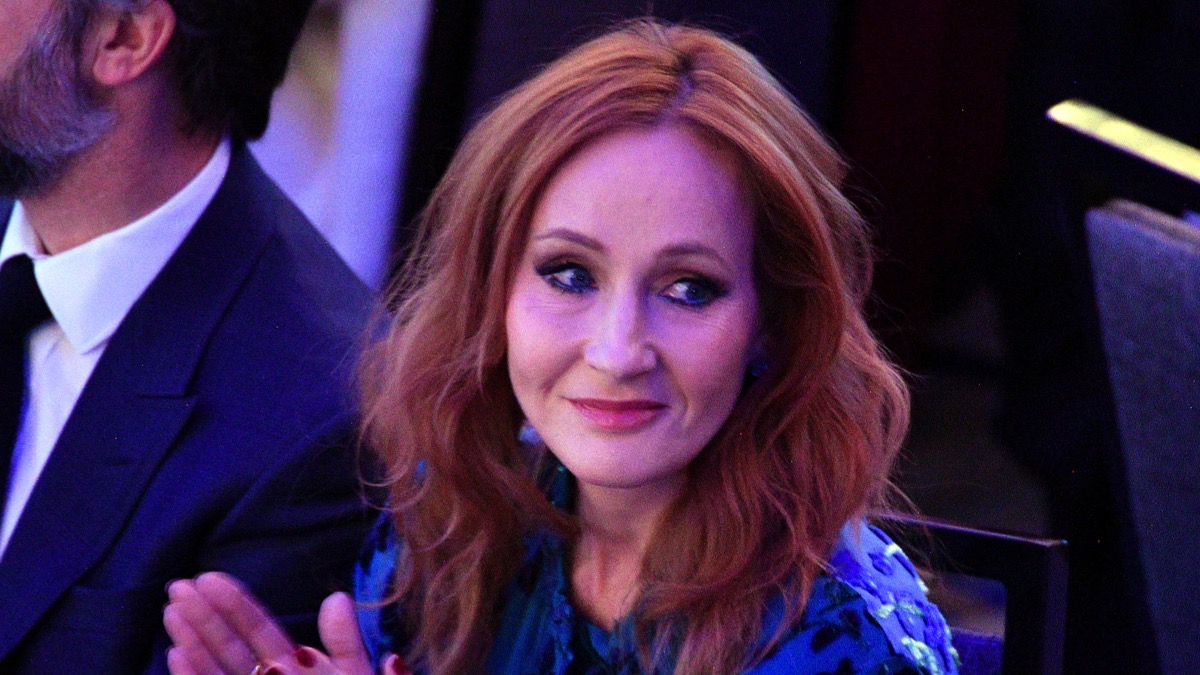 Jason Derulo Celebrated the Fourth of July Shirtless and Onstage

Criticism of Harry Potter author JK Rowling’s views transgender individuals has resulted in “death and rape threats,” but she has responded to it with even greater vehemence, sparking fresh outrage on social media.

In an 11-part thread, Rowling blasted the accusation as fake news, revealing that she herself has relied on mental-health medication and what she takes issue with are hormones and surgery being pushed on young people in an effort to “transition” their gender, even if that might not be what they actually need or want.

“Many, myself included, believe we are watching a new kind of conversion therapy for young gay people, who are being set on a lifelong path of medicalization that may result in the loss of their fertility and/or full sexual function,” the author wrote.

She then linked to a number of articles to back up her claims about medications being pushed too aggressively to teenagers, as well as some featuring people who had ended up regretting their gender transition.

Rowling first made headlines for her perspective on trans people on June 6, when she commented on an article headlined Opinion: Creating a more equal post-COVID-19 world for people who menstruate, writing, “‘People who menstruate.’ I’m sure there used to be a word for those people. Someone help me out. Wumben? Wimpund? Woomud?” (Variety)

The musician was the subject of scrutiny in February 2019 when seven women, including his ex-wife, Mandy Moore, accused him of exhibiting manipulative, controlling and abusive behavior. At the time, he denied the allegations. However, after reflecting for a year and getting sober, the 45-year-old singer penned a lengthy essay to The Daily Mail in which he sought forgiveness for his past behavior.

“There are no words to express how bad I feel about the ways I’ve mistreated people throughout my life and career,” he began. “All I can say is that I’m sorry. It’s that simple. This period of isolation and reflection made me realize that I needed to make significant changes in my life.”

He explained that he understands that his apology will likely not be accepted by the people he hurt, nor will it let him “off the hook.” However, he made sure to note that things are different this time.

“To a lot of people this will just seem like the same empty bullshit apology that I’ve always used when I was called out, and all I can say is, this time it is different. Having truly realized the harm that I’ve caused, it wrecked me, and I’m still reeling from the ripples of devastating effects that my actions triggered,” Adams wrote. “There is no way to convince people that this time is truly different, but this is the albatross that I deserve to carry with me as a result of my actions.” (The Daily Mail)

■ Tom Hanks is not particularly thrilled that his latest movie Greyhound skipped theaters and went straight to streaming. (The Guardian)

■ A congressional candidate is receiving widespread ridicule for sharing an outlandish conspiracy theory about Beyoncé’s heritage in a bizarre Twitter rant on Saturday. (Evil Beet Gossip)

■ Shia LaBeouf goes all-in on his roles. David Ayer, who directed Shia’s latest movie, The Tax Collector says, “He’s one of the best actors I’ve worked with, and he’s the most committed to body and soul,” the director explained. “He had a tooth pulled on ‘Fury,’ and then on Tax Collector, he got his whole chest tattooed. So, he kind of goes all in, and I’ve never known anyone that committed.” (iFilm)

■ Kacey Musgraves announces that she and her husband Ruston Kelly are divorcing after less than three years of marriage. (Celebitchy)

The Supreme Court said Monday that states can punish members of the Electoral College who break a pledge to vote for a state’s popular vote winner in presidential elections.

The case comes as the election season is heating up, putting the Electoral College will once again be front and center in an increasingly polarized and volatile political atmosphere.

In 2016, 10 of the 538 presidential electors went rogue, attempting to vote for someone other than their pledged candidate. In all, 32 states and the District of Columbia have laws that are meant to discourage faithless electors. But until 2016, no state had ever actually punished or removed an elector because of his or her vote.

■ This is just sickening. Three Aurora, Colorado, police officers involved in taking selfie photographs at the memorial site for Elijah McClain and an officer who failed to alert supervisors about the photos have been fired. (The New York Times)

■ A woman struck by a vehicle that drove onto a closed Seattle freeway early Saturday and plowed into a crowd of Black Lives Matter protesters has died, while a second woman remains in serious condition, officials said. Summer Taylor, 24, of Seattle, died Saturday evening at Harborview Medical Center, hospital spokeswoman Susan Gregg said. She had arrived at the hospital in critical condition. (NY Daily News)

■ Uber agreed to buy Postmates, the fourth-largest U.S. delivery food service, for $2.65 billion in stock. This is after their failed attempt at buying GrubHub last month. (The New York Times)

■ Some people just fucking don’t get it.

Jason Derulo Celebrated the Fourth of July Shirtless and Onstage