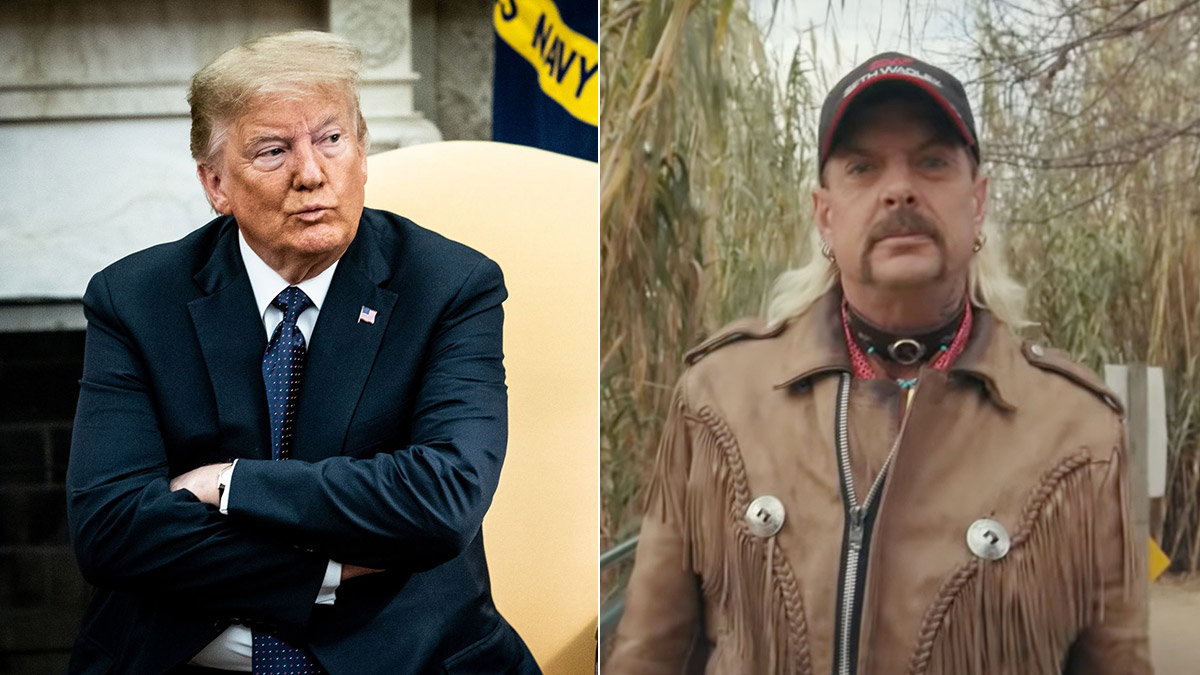 Joseph Maldonado-Passage, better known as Joe Exotic, is asking President Trump for a pardon. His application, which includes a handwritten letter, is set to be hand-delivered to the White House as soon as Thursday.

Exotic was sentenced to 22 years in prison after a jury convicted him for a murder-for-hire plot and the illegal sale and killing of tigers.

Among the documents was a letter from Maldonado-Passage, in which he reportedly alleged to have been “sexually assaulted by jail staff, beat up and tied in a chair to the point the skin came off my arms.”

“Please be my hero,” he reportedly pleaded before further claiming: “My hands are damaged from the abuse in jail so I’m sorry for the soppy [sic.] writing and spelling.”

Exotic, a Trump supporter said he voted for the president in 2016 when he briefly ran for president.

His husband featured in the documentary, Dillon Passage, also wrote a letter, saying Exotic helped save him from addiction.

“I see a sweet, big heart man, with good intentions, who took a few steps down a dark road, and he’s just waiting to be pulled out of it,” Dillon Passage wrote.

The ball is in your court, Donnie.