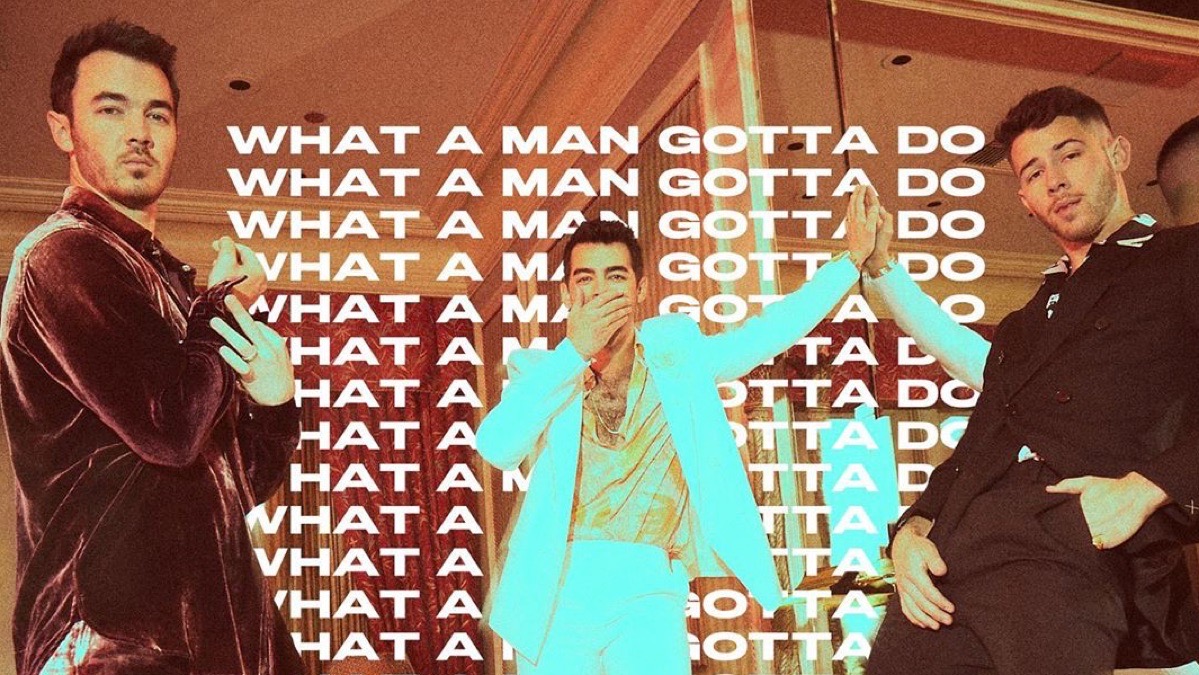 Jonas Brothers are back with a new jam to kick off the new year right with “What A Man Gotta Do.”

Danielle and Kevin breathe a new life to 1989’s Say Anything, with the eldest JoBro holding a boombox over his head to play his band’s new love song outside Danielle’s window. Nick rocks a button-down and socks as a 2020 Tom Cruise in Risky Business. He slides across the floor to a giggling Priyanka.

Joe and Sophie then portray Grease‘s Danny Zuko and Sandy Olsson, taking part in the National Dance-Off at Rydell High School. The band for the event is none other than the JoBros themselves performing “What a Man Gotta Do.”

The Jonas Brothers Make It a Couples Night at the Chasing…

This marks the second time they featured their wives in one of their music videos after their 2019 smash, “Sucker.”

The Jonas Brothers Announce First Tour in a Decade:…

Watch the “What A Man Gotta Do” video:

Check out the full song lyrics below.

Nick Jonas Reveals He Broke Up the Jonas Brothers

The Jonas Brothers Are Back With ‘Sucker’ Video…

Taylor Swift Just Wanted a Private Workout, and Justin Bieber Was at the Same Gym at the Wrong Time