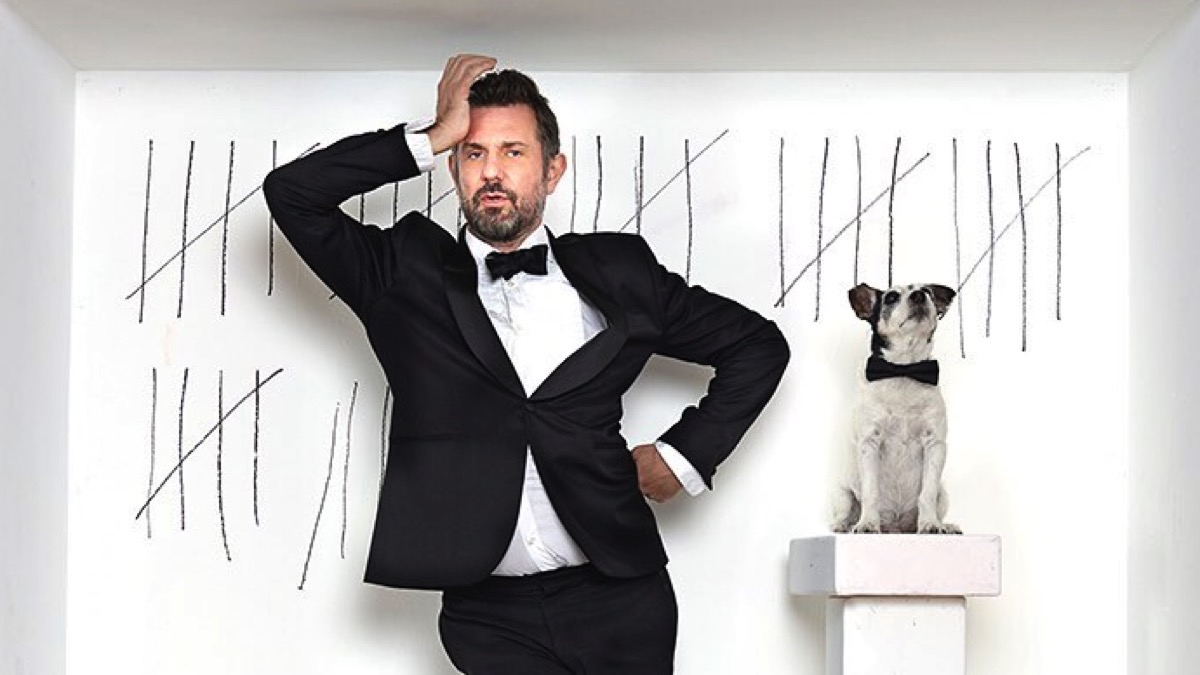 Inspired by the photographer’s social media campaign #GayFace — a project that quickly became a viral sensation for featuring an array of people representing all of the different colors of the LGBTQ community — Rainbow Revolution is packed with more than 300 photographs of everyday individuals and celebrities like Kathy Griffin, Boy George, Luke Evans, and fan favorites from RuPaul’s Drag Race including Ongina, Peppermint, Courtney Act and Adore Delano.

Accompanying the photos, Magnus also shares powerful essays from some of the subjects, detailing their own personal battles in stories that are marked with sincerity and humor. A portion of the proceeds from the book benefit True Colors United in the USA and the Albert Kennedy Trust in the UK.

The project began in the winter of 2018 when Magnus built a box in his parking garage, a 3-D blank canvas, and enlisted Alaska from RuPaul’s Drag Race as his test subject. The idea was to allow Alaska to transform the space in any way she chose, so that the image represented how she wanted to be seen. Alaska nailed up some blue fabric, threw together some shapes, struck a pose and in that instant, magic was born.

Over the next two years, with his camera in tow, Magnus traveled between Los Angeles, San Francisco, New York, and London, building more white boxes and snapping hundreds of mini theatrical pieces that provided hundreds more subjects of varying gender and sexual identities a platform from which to tell their stories. Inside the pages are fashion designers, medical doctors, nightlife personalities, sports teams, finance executives, sex workers and more. The book is a beautiful celebration of the diverse, intelligent and creative queer community.

Magnus took some time to discuss his latest project with us. Get to know this creative and innovative artist.

When did you know you wanted to be a photographer?

I always loved it I grew up watching my dad developing pictures in his dark room…he was semi-professional, but it wasn’t his career. He always took portraits, as do I, and I was fascinated watching the images appear in the trays as he developed them. So, later on I basically taught myself and I went to art school – though it didn’t become my career until much later on, as I wanted to act and went to drama school after art school. Though I absolutely have no interest in acting now, it still influences my work as its filled with drama!

Who has inspired you?

I am inspired by quite mainstream people…Annie Leibovitz, Andy Warhol, Helmut Newton and David Bailey (the black and white years) would be major heroes

How did this latest book come about?

Well, I had been in a kind of limbo since my last book Why Drag? had come out. I had been working a lot, but I am happiest when I have a project of my own to work on…so I sat myself down and came up with a plan. [I was] frustrated with the miserable direction the country and indeed the world seemed to be taking and I wanted to create a very visible project that showcased the whole expanding queer community – not just drag which I was known for, but everyone on the queer spectrum. I thought about giving people a blank canvas to create what they wanted…to express themselves and tell their stories.

I wanted to use social media as a platform to get the images out there, so I thought about the most social media-friendly format…a square. So what about a box? A mini piece of theatre…a white box would bounce light in a beautiful way and also be the perfect blank canvas – and so the #gayface project was born. After shooting over 1000 boxes in LA, San Francisco, New York, and London it was time to compile my favorites and create my next book, Rainbow Revolution.

Did you learn anything from speaking with your models that you may not have known before?

Well, the name change for the book came about from talking to Rosalynn Blumenstein, a fabulous trans woman who, while wanting to take part, said in all good conscience she could not be in a book called #gayface as she had spent most of her activist life trying to gain acceptance from gay men and to broaden what constituted the queer community so I listened. Rainbow Revolution seemed perfect and appropriate, considering the time we are living in.

How comfortable were you about sharing your story in the book?

Well, I as the answers to the questions I had posed to the other contributors started to come in, I was not only bowled over by the honesty and openness people were expressing but I also figured it was only right if I answered my own questions. I actually had a huge cry in the middle of answering the questions and a moment of clarity about my mother, so it was really quite cathartic. But I am not a secretive person – I kind of lay it all out there in life so including it wasn’t hard for me…taking my own picture…now there lies my torture.

Who was your favorite subject to photograph?

Oh God, that’s impossible to answer. I get personally attached to most of my images, so there are different reasons to love different images. I loved shooting the Kathy Griffin pic as I had the Statue of Liberty dress made and it really is perfect and looks like a statue, so it was exciting to see my vision brought to life. I actually loved shooting the cover, as again it was something I came up with in my mind and pulled in some of my favorite people to bring it to life and they totally did .

They’re all fantastic photos, but do you have any that stand out as personal favorites?

I kind of covered it. But I guess when I would have an idea and then make it happen and it worked perfectly then they are some of my favorites. [Like] Beaux Banks flying on a bomb, Joshua Parker being a chunky mermaid with summer stock cardboard waves is a definite favorite. Isis King lying like a cat halfway up the box…I had her on a ladder behind slices of board…it is all theatre. It isn’t a photoshop project that was very important to me. I drilled holes, put in swings and had people climbing all over the box.

What are you hoping to achieve with this book?

I want to showcase the ever-expanding diversity of the queer community and help people understand the differences and be understanding if someone wants to be referred to with a specific pronoun or describe their sexual identity in a way that potentially can make people roll their eyes. I included the essays to really help open people’s minds. I think about how explain all of it to my parents, to a straight older generation and hope this goes some way to do that while still being interesting, funny and beautiful to look at.

How did you decide on the charities that will benefit from the proceeds of this book?

It is proceeds from print sales from the #gayface project that resulted in the book. So, if someone orders a print of one of the images, I give a percentage to my chosen charities. If it’s a UK-based image it’s AKT if it’s a USA shoot it’s TCF. They are both charities that help queer youth experiencing homelessness  and to me the idea of being homeless is such a truly terrible thing, a vicious cycle. It’s impossible to get out of and added to that the idea of being rejected because you’re queer. I just wanted to do my bit to help. It was part of the original plan of the entire project

If you could wake up with any other skill or talent, what would you choose?

I’d like to be able to do the front crawl. I just panic, sink and splutter  and then revert back to a genteel breast stroke…so the ability to breathe under water would be nice.

My dog, George
My friends
My camera and laptop (they go together…am I cheating?)

What’s the best piece of advice you’ve ever been given?

Remember that when someone doesn’t respond immediately, it’s not that they hate you, it’s that their entire life doesn’t revolve around you and they may actually be busy.

I finally managed to tear down the box I have lived with for 2 years, so I am enjoying the extra space and just doing different things as they come up…though it’s really hard because of COVID. So, right now I am just promoting the book and taking some down time until something pops into my head and I get obsessed again…

Rainbow Revolution is available everywhere books are sold on November 24 via Chronicle Books. Follow Magnus Hastings on Instagram for updates and even more gorgeous photos.