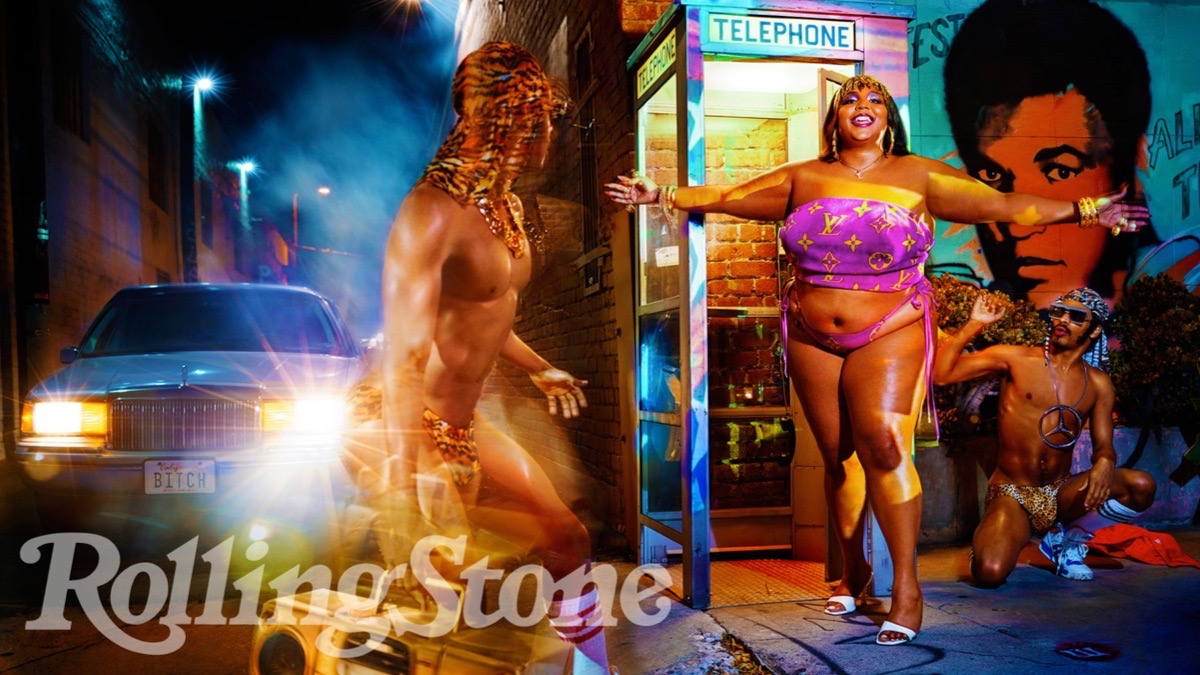 Lizzo is a force of nature and in her cover story interview with Rolling Stone, and in the interview “the high priestess of self-empowerment” opens up about her journey toward body positivity.

The singer and self-professed queen has graced the cover of the iconic music magazine this month and, let us tell you, she slays.

The photos shot by famous queer photographer David LaChapelle, are stunning and depict the singer-songwriter as a halo-covered woodland goddess flanked by some very, very sexy men.

During the Rolling Stone interview, Lizzo marvels at where she is in her career today. Her No. 1 Billboard single “Truth Hurts” didn’t actually explode until years after it was initially released — but she always knew she had something special.

“When we were making it we knew it was ahead of its time,” she says. “Now we have the proof that these songs are timeless. They will connect when they need to connect.”

In terms of the seemingly constant barrage of fat shamers who visit her social media pages daily, Lizzo is unfazed and reveals she made peace with her body a long time ago.

Prince’s ‘I Feel for You’ Acoustic Demo…

“I’ve come to terms with body dysmorphia and evolved,” she says. “The body-positive movement is doing the same thing. We’re growing together, and it’s growing pains, but I’m just glad that I’m attached to something so organic and alive.”

But Lizzo says she doesn’t want that to be the sole focus of her career.

“I’m so much more than that,” she explains. “Because I actually present that, I have a whole career. It’s not a trend.”

The rapper also reveals that Prince offered to produce an album for her after she performed for him in Minneapolis.

Lizzo recounts working with the Midwestern pop icon, providing backup vocals on one of his albums, and the show of confidence that gave her the affirmation she needed to stick it out until her eventual big break.

The Queens of RuPaul’s Drag Race Season 12 Have Been Revealed: WATCH