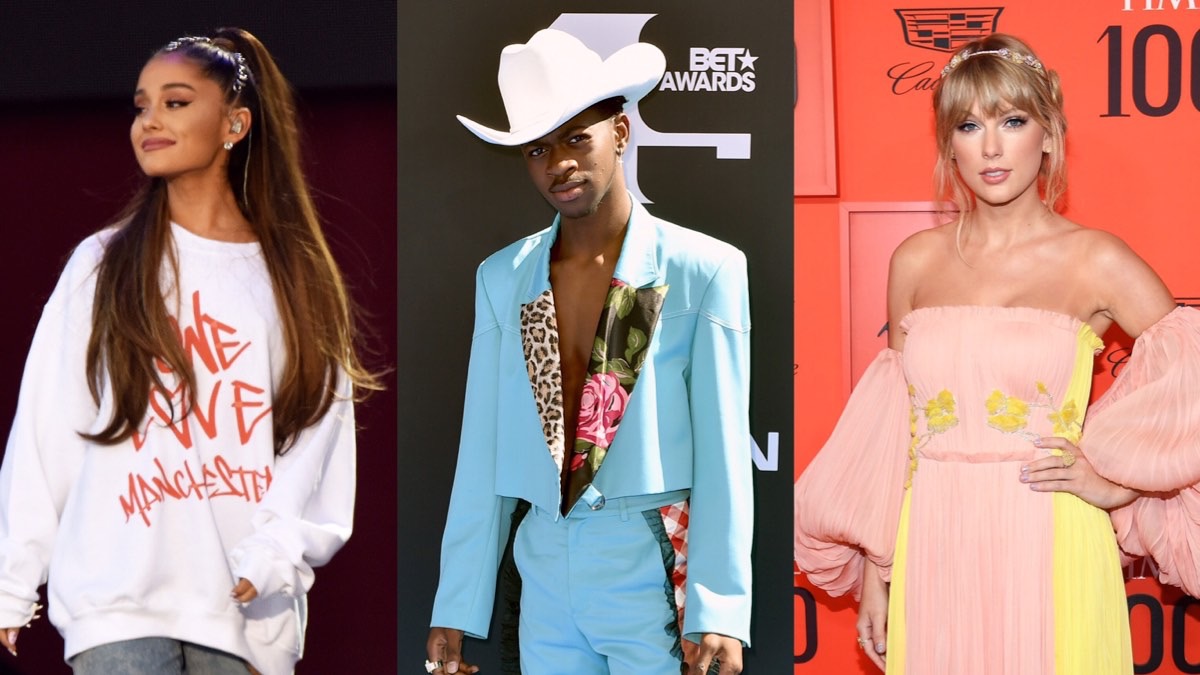 Avengers: Endgame Is Sort of the Highest Grossing Movie of All Time

She’s got the biggest selling album of the year, and now Ariana Grande continues her hot streak by co-leading the pack of nominees for the 2019 MTV Video Music Awards!

Grande has racked up a whopping 10 (!) nominations, including Video of the Year, Song of the Year, Best Pop, Best Direction, and Best Cinematography, all for her cameo-packed, rom-com-inspired “thank u, next” video.

Joining her at the top of the list is fellow pop titan Taylor Swift, who also boasts 10 nods, split between her whimsical “ME!” and “You Need to Calm Down” visuals. In the list announced Tuesday (July 23), VMA newbies Billie Eilish grabbed nine nods and Lil Nas X trails close behind with eight. Billie Eilish also joins Grande in the illustrious Artist of the Year category, alongside Cardi B, Halsey, Jonas Brothers, and Shawn Mendes.

Meanwhile, the mother-of-them-all category — Video of the Year — is predictably packed. Grande’s “thank u, next” is up against Eilish’s “bad guy,” Swift’s “You Need to Calm Down,” Lil Nas X’s “Old Town Road (Remix),” Jonas Brothers‘s “Sucker,” and 21 Savage and J. Cole‘s “a lot.”

Check out the full list of nominations at MTV.com.

Shannen Doherty recently began prepping to once again play her 90210 character, Brenda, which she played for 10 years opposite Luke Perry. Now she is also set to guest star on the season four premier of the show Riverdale to honor her late him. — Evil Beet Gossip

On this episode of “Actually Me,” Dacre Montgomery, Stranger Things‘ Billy, goes undercover on the Internet and responds to real comments from Twitter, Reddit, Quora, YouTube and more. Are his abs in Stranger Things drawn on? How do you pronounce Dacre? — OMG BLOG

John Oliver confirms that Beyoncé was Photoshopped into The Lion King cast photo because who really has time to take group photos? Not Beyoncé. — Dlisted

Kim Zolciak claims her family was kicked off a flight as her husband was in security with “support” dog. — Celebitchy

Longtime Madonna collaborator Patrick Leonard has gifted us with three demos from the “Like a Prayer” era, including one song that has never seen release. — Kenneth in the 212

Lance Bass came out to Britney Spears on her wedding night in Vegas for the sweetest reason. — NY Daily News

Endnotes: How the Katy Perry and Taylor Swift Feud Ended and More

Monáe plays a tenacious woman who finds herself floating in a canoe, with no memory of how she got there — or even who she is.

As previously reported, Roberts, who never intended to star beyond the show’s first season, will remain on board as an executive producer alongside showrunner Sam Esmail.

The second season is expected to deviate wildly from the podcast on which it is based. It is unknown who, if anyone from Homecoming‘s Season 1 cast — including Stephan James, Bobby Cannavale, Shea Whigham, Alex Karpovsky and Sissy Spacek — will return for Season 2.

Song of the Day: “The Archer” by Taylor Swift

Avengers: Endgame Is Sort of the Highest Grossing Movie of All Time