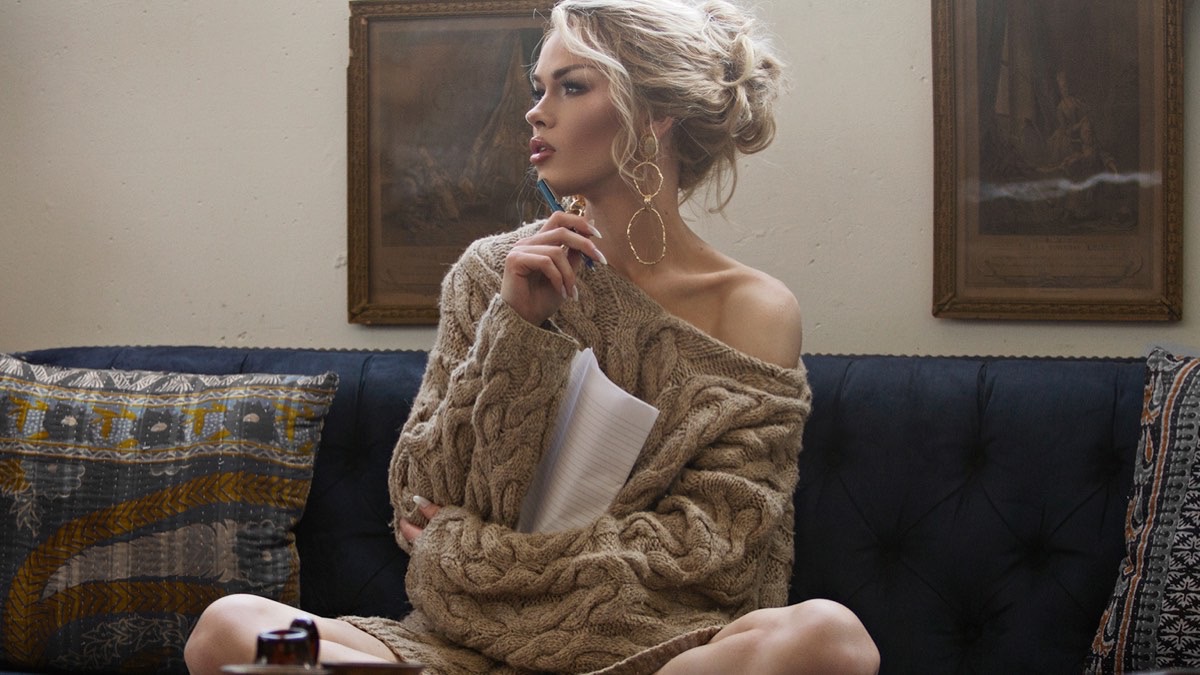 Hello, hello, hello! It’s been another busy week in the world of drag, and I’m here to make sure you’re up-to-date on the latest from your favorite Drag Race queens.  This week, there’s makeovers, beauty tips and so much FASHION! Let’s get into it!

I am beyond psyched to talk to Mano Agapion this week he and Nicole Byer are back to recap the first, “lost season” of RuPaul’s Drag Race All-Stars (a/k/a the season that Pandora Boxx got screwed) on their re-named, re-vamped podcast, “Drag Her.” And of course, the OG Drag Race podcasters, Willam and Alaska, have a double serving of tea this week with their Hot Goss and recap of the season three workout challenge and the infamous lip sync where Mimi Imfurst hoisted (the lovely) India Ferrah over her head. Take a few hours out of your day and give these pods some love. Oh, and follow Race Chaser on Instagram if you love comedy gold.

Do you like shoes? Do you love Willam? I sure do (regardless of the…umm…unfortunate screencap we posted last week on Twitter. Still love ya, Willam!). In the queen’s latest Shoe Haul video, Willam, joined by DJ Pastabody, showcase some “party girl summer shoes”, disco inspired thigh-high boots, Pride-themed sneakers and slides and crave-able leopard print pumps. How I wish we wore the same size. Sigh….

Bob The Drag Queen (sans Monét X Change) brings the “Sibling Rivalry” video podcast to the stage and discuss being “gay famous” and black holes (keep your minds out of the gutter, they talk about the one recently discovered in space) with special guests Miz Cracker and adorable actor Randy Harrison from Queer as Folk. Lesson learned: never ask a Ru queen “What’s it been like?” since being on the show. Gotcha!

This week on “UNHhhh”, Trixie and Katya talk about pets and Katya pays tribute to Sandra Bullock‘s performance in Birdbox. If I didn’t love these two enough already, they both admit they are not “cat people”, which makes them a-okay in my book. The queens also welcome a woman named “Jaguar Jane” and her menagerie of critters, including randy rabbits, a golden hamster a chinchilla and some tarantulas. This series is the highlight of my week. Side note: I am living for Katya’s mouse earrings. High school me would have worn the heck out of those.

In an interview with Billboard, she shared, “My goal as an artist is to try and bridge the gap between two cultures where music can just be celebrated as music. Music doesn’t have a gender or sexual orientation, and neither should my music.”

Also in the realm of music, season 2’s Tatianna released the video for her latest jam, “Hurt My Feelings”, on Friday.

Naomi Smalls, in the most amazing top, and Violet Chachki, giving me so much Barabra Eden‘s evil twin sister on I Dream of Jeannie take us on another virtual shopping spree on the latest “Shop Like a Queen.” This week, the dolls show us a modern take on fashions through the decades.

Are you watching “Drag My Dad” on Facebook? If you’re not, you need to tune in immediately. Bob the Drag Queen is a treasure, and this week, he teaches a fitness-focused Dad (no “dad bod” here) how to unleash his inner Jazzercize-era diva and mend his relationship with his son.

Did you know that the guest judges on Drag Race get an impressive swag bag? Well, you do now, and Michelle Visage is her to show off all of the goodies inside in a new video called “Wacha Unpacking?” So. Much. Makeup. (And vegan cookies and a slanket.) Now, can someone tell me how to be a guest judge on RPDR? Mama needs some new makeup. I love a palette and I’m a sucker for a slanket.

Catch up with season 10 champion Aquaria in the latest installment of Logo’s “Portrait of a Queen.”

Dirty wig? Let Miz Cracker teach you how to wash it in a pot of boiling water (?) in this week’s “Jewtorial.”

Season 9’s Kimora Blac gives us Princess Jasmine realness and a fringe fantasy while talking fashion, Sex and the City 2 and her newly-named disorder, “KBS” with Brad Goreski on “Iconic”.

If you are planning on attending DragCon NYC in September, 1. take me with you and 2. do not miss “RuTalks.” Ru is sitting down for an exclusive one on one chat with legendary fashion designer Diane von Furstenberg. The two icons will discuss life, fashion, and how DVF has become the “godmother” of the Statue of Liberty, addressing Diane’s role in the new HBO documentary, Liberty: Mother of Exiles. Get all the deets about DragCon NYC here and, seriously, take me with you.

Large and in charge, chunky yet funky, the incomparable Latrice Royale is the guest on this week’s Hey Qween!

That’s the latest for now. If you have any drag news to share, hit me up at @SugarSmak on Twitter. Hope you have a fabulous weekend!