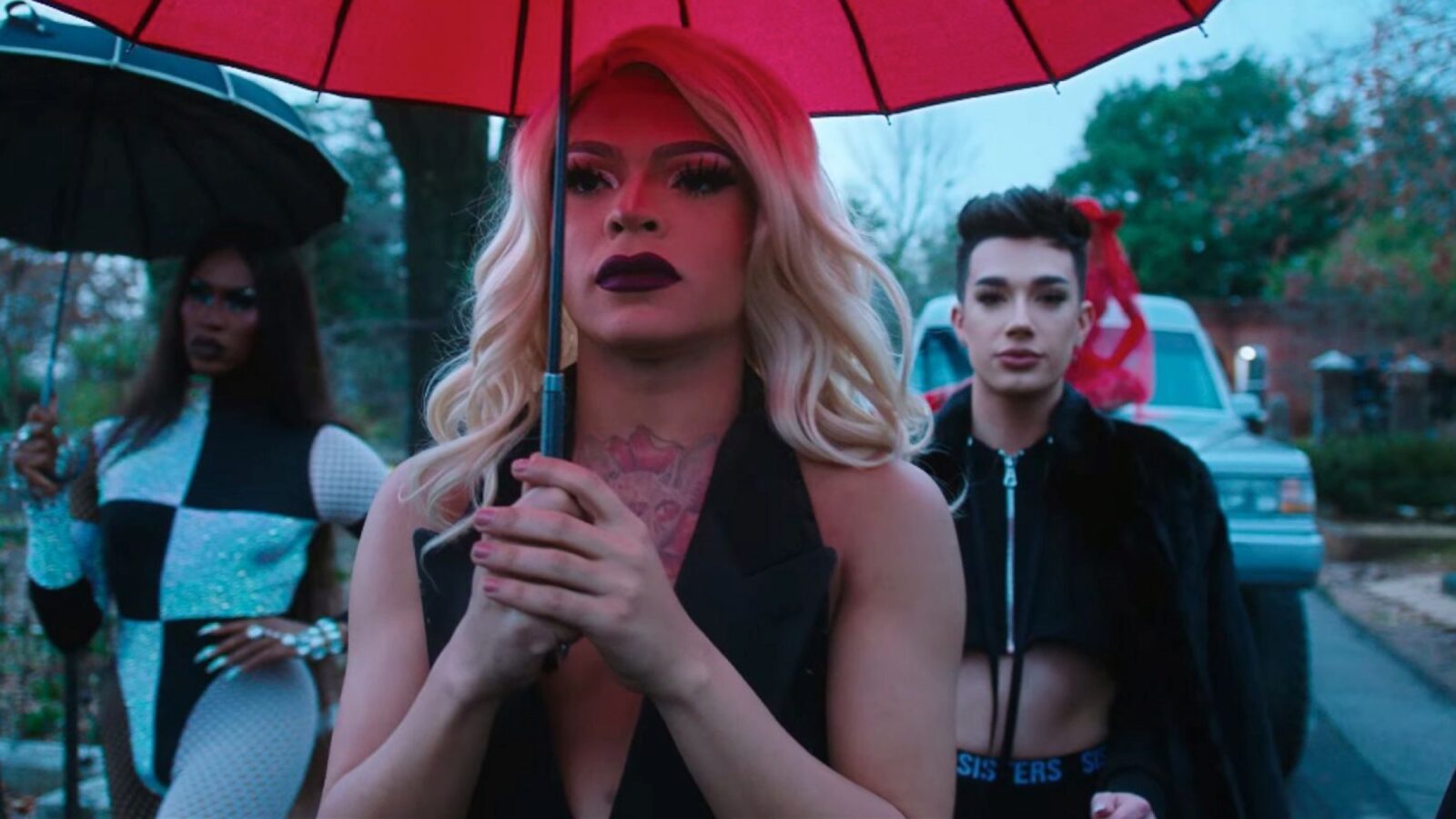 This week on RuPaul’s Drag Race, the queen-testants of season 11 flexed their musical theater muscles, taking the stage with the Grease-inspired “Trump: The Rusical”. Check out our recap here. As always, for additional insight (and a little inside tea), check out our favorite RPDR podcasts, “What the Tuck?” and “Race Chasers”.

Michelle Visage talks with Honey Davenport on the latest “Whatcha Packin’?” Honey talks about the Davenport legacy, her musical theater background (including touring with Hairspray) and how Peppermint helped her get her start in drag. She also shows off some of the gorgeous fashions she didn’t get to wear on the runway (his Mother Nature/Game of Thrones-inspired gown is breathtaking.)

Raja and Aquaria rate the fringe fashions from the runway on the latest “Fashion Photo Ruview”. Lots of toots (and a couple of boots) this week!

Season one (and future All-Star, I hope) queen Ongina joins Manila Luzon to dissect the she-vangelical shenanigans on the latest episode of “The Pit Stop”.

Alaska is hosting a “Drag Queen of the Year” competition as part of Drag Con in LA this May. The pageant is open to “drag queens, drag kings, trans artists, hyper queens, bio queens, AFAB queens with all levels of experience,” hoping to find the queen who embodies “presence, energy, nuance, integrity and stunningness.” (See what they did there?) If I start a GoFUndMe to get to Drag Con to cover this, would you donate?

Also at Drag Con, (former) “What the Tuck?” hostess Nicole Byer will be joined by the fabulous Vicky Vox for a live episode of her hilarious podcast, “Why Won’t You Date Me?” I am now purchasing double the lottery tickets to hopefully get to LA for this event…the FOMO is real.

Honey Davenport talks to MTV about her elimination and her new song “The Hive” (part of an upcoming visual album). She says, “I’m so proud of what I accomplished. I went on RuPaul’s Drag Race, I looked great, I presented myself well. Maybe I could have spoken up more, but I did my absolute best. Even in that lip sync, I gave it 110%. The narrative didn’t play out where I won, but I feel like a winner.” You are a winner, baby!

Season 10 standout The Vixen sits down with Jonny McGovern and Lady Red Couture on “Hey Qween”.  She talks about her show “Black Girl Magic”, how she got involved in activism, her famous feuds and, of course, her controversial tenure on Drag Race. Watch part one, part two and part three.

Lizzo, RuPaul’s Drag Race Alums and Chrissy Teigen Among the Nominees for This Year’s WOWie Awards

Also from season 10, two of the top 4 queens, the amazing Kameron Michaels and Asia O’Hara have their own series on World of Wonder presents called “Can Do Queens.” If you would like a taste, see how they take on some Christmas crafts, including tree decoration and gingerbread house construction on their recent holiday episode.

Can you believe Trixie and Katya‘s web series “UNHhhh” has been on for four seasons?  In their latest episode, they talk about shopping, Marie Kondo and working in retail. Check out a sneak peek and get every episode on WOW Presents Plus.

This isn’t about any of the Drag Race queens, but I love this story. New York queen Marti Gould Cummings was performing at a drag brunch at Talde, a restaurant in Jersey City, New Jersey and, during a request set, got a surprising request from an unexpected source – and adorable munchkin in the crowd wanted to hear “Baby Shark” and Marti was happy to oblige. Marti posted the video to Twitter and Instagram, and now the clip has been viewed more than 500,000 times. Marti, who is also a political activist, told NBC News that “So many people have responded to the video with so much love.” Hope this makes you smile as much as I did. See you next week!

The 2 Best Photos From the 2019 Kids’ Choice Awards