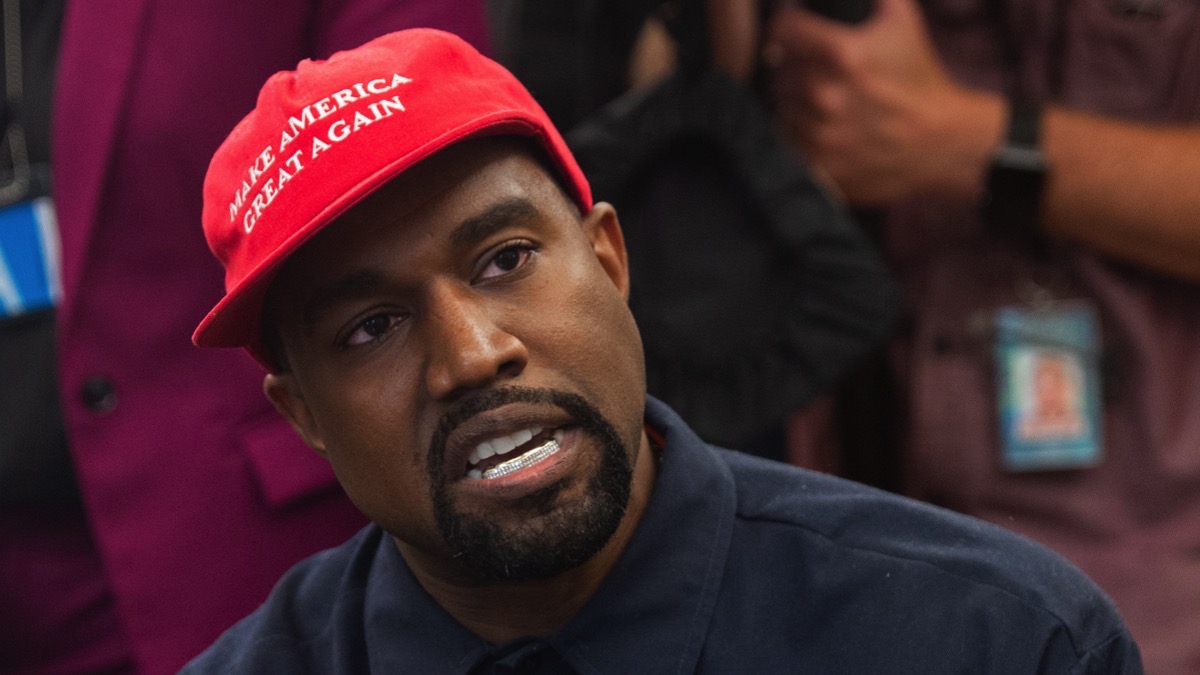 Forbes has published a rambling interview with Kanye West that does not shed his potential presidential candidacy in a, shall we say, positive light. It is incoherent, filled with conspiracy theories and it makes you really wonder about Kanye’s mental health.

This dude. To quote Jamie Foxx, “Ain’t got time for the bullshit!!!”

In the interview published this morning (July 08, 2020), West states that he no longer supports President Trump, said Joe Biden was missing the “special” factor and that he definitely plans to run for the country’s top office in 2020.

He said his support for the president diminished when he “caught wind that he hid in the bunker” during tense protests near the White House last month. Really, that’s what did it for you, Kanye?

“I’m not saying Trump’s in my way, he may be a part of my way. And Joe Biden? Like come on man, please. You know? Obama’s special. Trump’s special. We say Kanye West is special. America needs special people that lead. Bill Clinton? Special. Joe Biden’s not special,” West, said. West told the magazine that he is pro-life, pro-school prayer, against the death penalty and will run as an Independent — though in the interview he also mentioned the “Birthday Party.”

“Because when we win, it’s everybody’s birthday,” West told Forbes.

He also told the magazine that his campaign slogan will be “YES!” Oh, dear. Hashtag no.

West has not officially registered as a candidate, created a campaign committee or taken any traditional steps involved with a run for office. The magazine pointed out that he has about 30 days to register before missing the filing dates in many states.

The hip-hop star also denied that his White House bid is a publicity stunt to promote his upcoming album, promising to give it away for free, or his recently announced fashion collaboration with the Gap.

“Like anything I’ve ever done in my life… I’m doing to win,” West said.

Here are some “highlights” from Kanye West’s Forbes magazine interview.

■ That he’s running for president in 2020 under a new banner—the Birthday Party—with guidance from Elon Musk and an obscure vice presidential candidate he’s already chosen. “Like anything I’ve ever done in my life,” says West, “I’m doing to win.”

■ That he’s ok with siphoning off Black votes from the Democratic nominee, thus helping Trump. “I’m not denying it, I just told you. To say that the Black vote is Democratic is a form of racism and white supremacy.”

■ That he’s never voted in his life.

■ That he was sick with Covid-19 in February.

■ That he wants to “clean up the chemicals – in our deodorant, in our toothpaste.”

■ That he’s suspicious of a coronavirus vaccine, terming vaccines “the mark of the beast.”

■ That he believes “Planned Parenthoods have been placed inside cities by white supremacists to do the Devil’s work.”

■ That he, well, something about his approach to taxes, he said he hadn’t done the necessary research yet. “I will research that with the strongest experts that serve God and come back with the best solution. And that will be my answer for anything that I haven’t researched.”

■ That he loves China. “It’s not China’s fault that disease. It’s not the Chinese people’s fault. They’re God’s people also. I love China. It changed my life. It changed my perspective, it gave me such a wide perspective.”

■ That his running mate would be Michelle Tidball, who Forbes described as “an obscure preacher from Wyoming.”

■ That he envisions a White House organizational model based on the secret country of Wakanda in Black Panther.