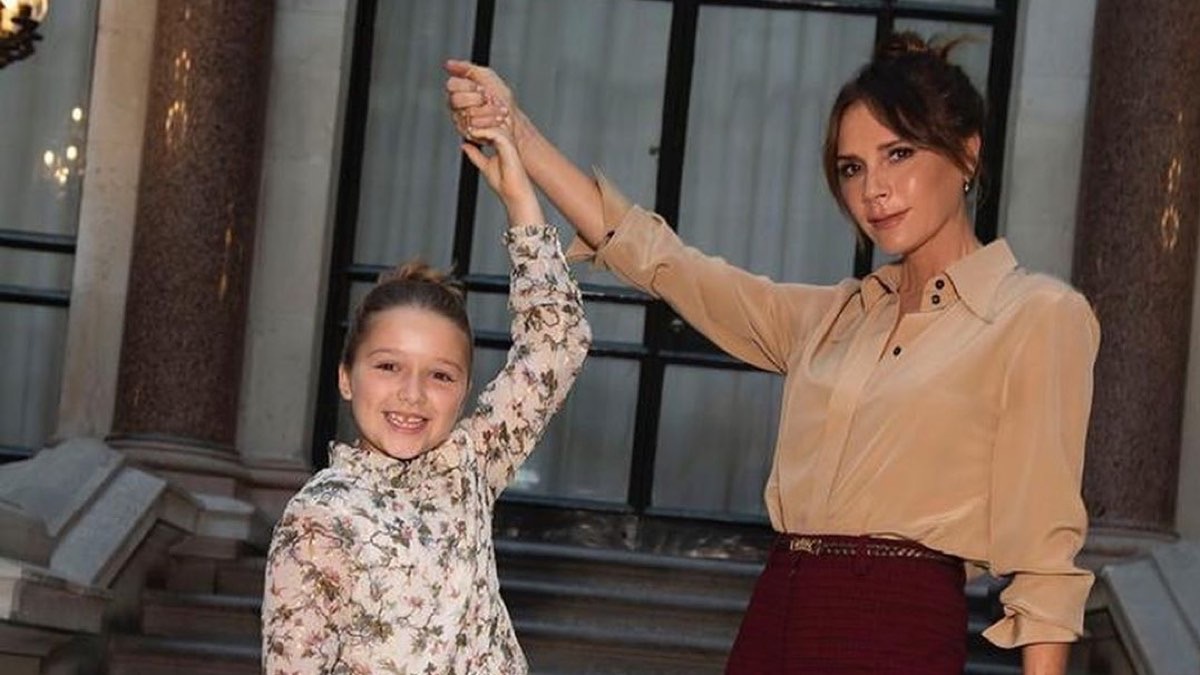 The front row at Victoria Beckham’s spring/summer 2020 show was jam-packed with celebrities, from David Beckham to Helen Mirren and Billy Porter.

However, it was Victoria’s 8-year-old daughter, Harper Beckham, who stole the show.

The youngest of the Beckham brood attended the show along with her brothers Cruz, Romeo and Brooklyn – and looked every inch a fashionista in a floral long-sleeved dress with frill detail, small gold stud earrings and metallic pumps.

The dress seemed to be a custom Victoria Beckham creation, as the 45-year-old designer posted an Instagram story that showed Harper’s ensemble having a few alterations backstage.

BuzzFeed: I Hope To One Day Have The Grace Of Gigi Hadid Dealing With a Wardrobe Malfunction

SONG OF THE DAY: “Really Don’t Like U” by Tove Lo & Kylie Minogue

RED CARPET PHOTOS OF THE DAY: Charo and Nina West

“It is impossible for me to describe what this feels like right now,” Brandi Carlile said, addressing the crowd for the first time, three songs into her sold-out show at Madison Square Garden on Saturday night.

Then the singer, performing what might have been the largest, or at least the most high-profile, headlining set of her 20-some-odd-year career, broke down in tears before dedicating her next song — “The Story” — to the crowd.

“There is not a nerdy little outcast with a guitar in the world that doesn’t dream of what I’m seeing right now.”

Sunday Potluck is a roundup of all the entertainment and celebrity news that you may have missed.