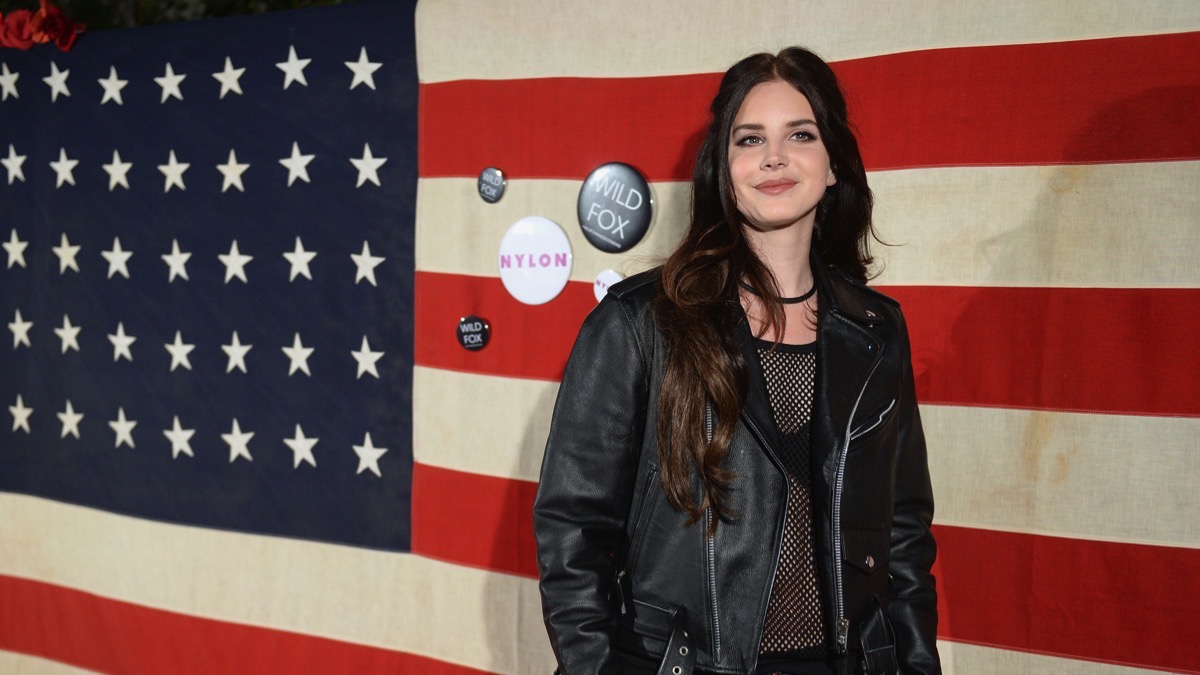 Oh, Lana, Lana, Lana, Lana. Lana Del Rey stirred up controversy after a BBC Radio 1 interview Monday (Jan. 11, 2021) in which she was asked about the recent Washington DC insurrection incited by Trump.

“I think, for the people who stormed the Capitol, it’s disassociated rage. They want to wild out somewhere,” she told presenter Annie Mac.

Del Rey added that Trump is clearly “unwell” and claimed that he “doesn’t know that he’s inciting a riot” because he has “delusions of grandeur.”

“The madness of Trump, as bad as it was, it really needed to happen. We really needed a reflection of our world’s greatest problem, which is not climate change, but sociopathy and narcissism,” she added.

After her remarks made headlines, Del Rey took to Twitter to complain her “well-intentioned and believe it or not liberal comments” had been taken out of context.

Her view, she explained, is that “when someone is so deeply deficient in empathy they may not know that they’re the bad guy, and that may be a controversial opinion, but don’t make the controversy that I don’t think that he meant to incite a riot.”

“It’s not the point, is what I was saying,” she continued, adding that the “delusions of grandeur” exhibited by Trump are being reflected “right back to us,” as evidenced in the steep rise in domestic violence reports received throughout the pandemic.

After receiving pushback for stating that President Donald Trump didn’t know he was “inciting a riot” at the U.S. Capitol, Lana Del Rey is clarifying that she didn’t mean to defend him.

“Trump is so significantly impaired that he may not know what he was doing due to his significant lack of empathy,” the singer-songwriter tweeted Tuesday, “and the wider ranging problem is the issue of sociopathy and narcissism in America.”

The Trump fiasco has not been Del Rey’s only blunder. She posted a photo of the cover of her latest album Chemtrails over the Country Club to Instagram. The photo features Lana surrounded by a number of women and was quick to comment on the photo of what was perceived to be a lack of diversity.

“I also want to say that with everything going on this year! And no this was not intended-these are my best friends, since you are asking today,” she began. “And damn! As it happens when it comes to my amazing friends and this cover yes there are people of color on this record’s picture and that’s all I’ll say about that but thank you.”

Sadly she did not stop there. Del Rey described her work as “extremely inclusive without even trying to.”

“My best friends are rappers, my boyfriends have been rappers,” she wrote. “My dearest friends have been from all over the place, so before you make comments again about a WOC/POC issue, I’m not the one storming the capital (sic), I’m literally changing the world by putting my life and thoughts and love out there on the table 24 seven. Respect it.”

That last part prompted backlash from Twitter users, with one writing, “This is the worst comment I have ever seen from a celebrity. Really disappointing to hear ‘I’m not racist I’ve had rapper boyfriends’ from such a well-known celebrity.”