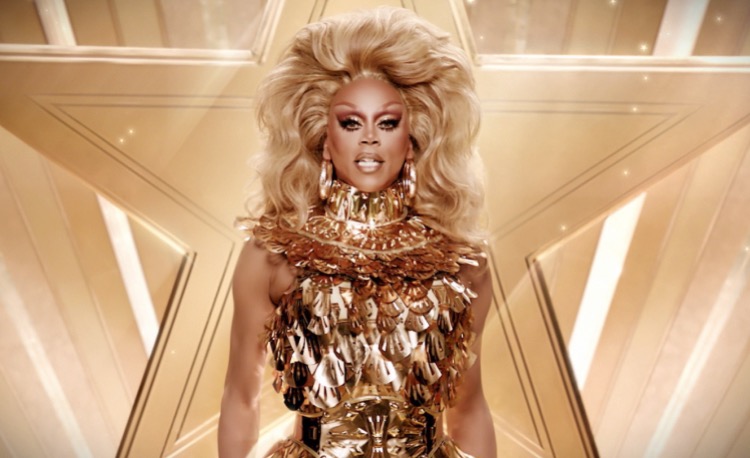 Author, singer, actor, television star and pop culture icon – is there anything RuPaul hasn’t done? An entertainment legend and an eternally beautiful person – both inside and out, RuPaul took a few minutes out of his incredibly busy schedule – promoting the third season of the smash hit RuPaul’s Drag Race, getting ready to begin production of the second season of RuPaul’s Drag U and putting the finishing touches on a new album – to chat with us about the popularity of the show, his favorite Drag Race moments and what’s in store for him in the future. In addition, Ru shares his top beauty tip and reveals his surprising idol! You bettah read!

Socialite Life: Drag Race is all over the place. It’s definitely got a place on the pop culture radar. Are you surprised about the success that the show’s had?

RuPaul: Actually, no, I’m not and I’ll tell you why. For the same reason I was attracted to drag, it’s the same reason that everyone else is – it’s bright and it’s shiny and it reminds us that we are spiritual beings having a human experience – that our human sort of reality – or idea of what reality is – is really a facade. It’s really a made-up concoction of identity we’ve come up with – just like a drag persona. Now, whether people can articulate that or they know that on a conscious level or not is debatable, but I think that’s why people love it. People love bright, shiny objects that are fun and that don’t take themselves too seriously.

SL: The season three cast is the most diverse that you’ve had so far. Was that a conscious decision, or were these queens simply the best of the best?

RuPaul: I think it’s a combination of the two. I think you’re absolutely right, the bar has risen so high on this show because we’re in our third season and people have seen it – but also the competition has just gotten tougher. People know what they’re up for and a lot of the kids who’ve applied come with their “A game” and more than any other season, the level of skill is through the roof. But I think also, on our side, we’ve seen a lot of kids and we decided to choose the best out there.

SL: What was the turnout like for auditions this season?

RuPaul: Well, lots of people tried out – this is the thing, lots of people tried out and lots of people who feel that since they’ve got a pussycat wig and a pair of high heels that they are eligible for the show. But the truth is, for Drag Race, we are looking for showgirls, we’re looking for kids who work in clubs throughout the week not just sort of weekend, secret drag girls. The paces we put them through, the challenges, the criteria is really based on my own career, the things I’ve had to do to maintain a career for, I think this month it’s 29 years. You have to rely on experience. You can’t really be a novice and make this work. I mean, you can try, but then you’d really be relying on luck.

SL: Over the first two seasons of Drag Race, what has been your favorite moment or challenge?

RuPaul: Wow. Let’s see…they all sort of blend together…I loved the Oprah challenge on the first season! (Laughs) I love that kind of media cross-pollination where you really have to wear a lot of different hats – and that’s what this business is, not just for drag queens but for anybody who’s in the business world. You have to multi-task and I love that challenge because it calls on you to be a producer, to be the talent, to draw on your knowledge of pop culture – a researcher – I like that. But I’ve got to tell my favorite thing about the show, in general, is being able to give an opportunity to all these kids to work and be seen all over the world – we’re in about 20 different countries. They’re seen around of the world and they’ll work for the rest of their lives because of this show.

SL: The judges you’ve had on the show just seem to get better and better. Is there anyone you’d still like to have on the show as a judge?

RuPaul: I sure would love to have Cher on the show. She understands drag more than anyone. She’s been doing it forever and I know she doesn’t do that kind of thing – she doesn’t even watch reality shows – but I think she’d be fantastic! A lot of the women who have inspired queens throughout the years I’d love to get on – Diana Ross, Deborah Harry, Madonna – all of the real queens who launched a thousand drag queens.

SL: All of the drag queens I’ve interviewed have told me what an idol you are to them. Who are your idols?

RuPaul: I gotta tell you, as a kid, I started out with the obvious – Cher, David Bowie, and Diana Ross – but as I got older, those idols have changed. And at one point, I don’t need idols anymore because I realized that the power, what I’m looking for is inside me. But, today the only person who I absolutely live for, who I worship at her feet is Judge Judy! I worship that woman! (Laughs)

SL: Well, you should do a judge show!

RuPaul: I would love to! Trust me, the idea has crossed my mind.

SL: You mentioned the Oprah challenge and multi-tasking and you really have done it all. Out of everything you’ve accomplished – movies, books, television, music – what are you most proud of?

RuPaul: You know, I love the stage shows. I haven’t done it in a year, my nightclub act. Honestly, it’s been the foundation of my career all of these years, it’s the one thing that has been a solid base – of not just revenue, but of inspiration. I’ve been doing a nightclub act since 1982 and I love being able to see the people and be out there with them and look into their eyes and feel their energy – there’s something magical about that. Aside from that, I love the creative meetings when we’re just brainstorming and it’s my friends at World of Wonder who I’ve been working with for 25 years. We sit in a room and – no bad ideas – we just let it out and that sort of synergy is just intoxicating. I live for it, I love it. That’s my favorite part of this and that synergy – I teach this to the girls – can be for any project. It can be for a book, or for TV, movie, whatever – even collaborating on my music. I love that process.

SL: Is there anything you haven’t done that you still want to accomplish?

RuPaul: Well, you know, I really haven’t found something that I can sell at Wal-Mart or CVS or Rite Aid – which is really the final frontier. I haven’t been able to find something I could sell to people in that marketplace and I would love to be able to do that.

SL: I interviewed Mike Ruiz a few months ago and he said he’d love to do a sequel to your movie Starrbooty

. Is that a possibility?

RuPaul: Yes, absolutely! We’re plotting it. I thought we would be able to do it this holiday season – during our time off – but that didn’t work out with anybody’s schedule. So, it will have to be in between one of these shows. I’m also working on an album that we have to have finished and at the manufacturers by February 15th. It just wasn’t in the cards for this hiatus but I can’t wait. I want to do something just as subversive, but totally “G” rated! (Laughs) That makes me laugh because that would be quite the challenge but that’s what I want to do. I want to make it “G” rated but completely subversive!

SL: I love your latest book Workin’ It: RuPaul’s Guide to Life, Liberty and the Pursuit of Style

. I’ve read it cover to cover many times and it’s got so many great beauty tips – by the way my Mom said to thank you for the tip about the Mark Traynor facelift elastics…

RuPaul: Oh, yeah – I live for those! In fact, if you see the show, you’ll see that on some episodes, my Mark Traynors are tighter than on others! (Laughs) I’ve been wearing them for years and they are so brilliant – in fact, I was watching an episode of Law and Order: Criminal Intent and one of the characters had to have a picture taken of them presumably 20 years earlier and I was thinking – it’s clearly not a 20-year-old picture, it’s something they took before they started filming – had they used those Mark Traynor tapes, they could have tricked the eye into thinking, yes, that was 20 years ago. But they’re not thinking of that – and that’s why I’m proud of that book because a lot of these tricks people just don’t know about. Either they forget them or whatever, they just don’t know about them.

SL: Out of all of the tips in the book, what do you think is the most important one?

RuPaul: It honestly is being mindful of your thoughts – because we transmit a frequency and an energy. You have to be aware of it, you have to be mindful of what you’re transmitting because people, other transmitters, can pick up on what you’re thinking and what you’re doing. You know, I just spent the whole month of December…we rented this house, this big mansion and had parties and game nights and everything. And I would tell everyone before you start charades – which is my favorite – that you have to understand that half of winning is intellect but the other half is psychic power. So, if you see it, we can see it. If you can see in your mind what you’re trying to communicate, we will see it too. So, honestly, the biggest beauty tip, the biggest tip in general, in this life, is being mindful of your thoughts.

SL: And the Mark Traynors don’t hurt either, right?

This article was originally published on January 24, 2011.