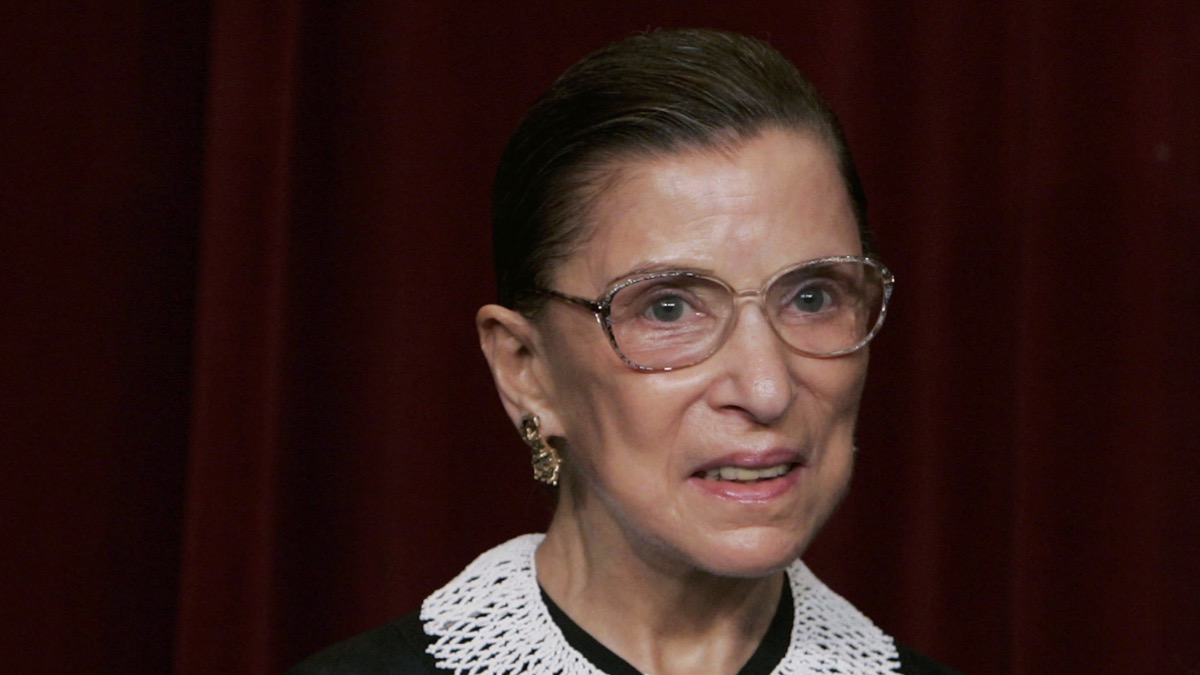 The 87-year-old Ginsburg, a four-time cancer survivor who announced in January that she was cancer-free, said a periodic scan and a biopsy revealed lesions on her liver, but chemotherapy treatment that began in May is “yielding positive results.” Her most recent scan last week showed “significant reduction” of the lesions, the justice said in a brief statement.

“I am tolerating chemotherapy well and am encouraged by the success of my current treatment,” Ginsburg said. “I will continue bi-weekly chemotherapy to keep my cancer at bay, and am able to maintain an active daily routine. Throughout, I have kept up with opinion writing and all other court work.”

CNN has the full story.

Hayden Panettiere‘s ex-boyfriend Brian Hickerson has been arrested on charges of domestic violence and assault.

A source familiar with the legal process tells ET that Hickerson was charged Thursday night in an eight-count felony complaint alleging domestic violence and assault. He was booked the same day, and his bail is set at $320,000.

“I am coming forward with the truth about what happened to me with the hope that my story will empower others in abusive relationships to get the help they need and deserve,” Panettiere said in a statement following Hickerson’s arrest. “I am prepared to do my part to make sure this man never hurts anyone again. I’m grateful for my support system, which helped me find the courage to regain my voice and my life.”

Us Weekly has the full story.

■ Marvel directing team Joe and Anthony Russo are set to direct a new spy thriller for Netflix titled The Grey Man and star Ryan Gosling and Chris Evans are set to star. (The Wrap)

■ Michael B. Jordan left the house yesterday, and yes he wore a mask. (Go Fug Yourself)

■ Caitlyn Jenner has said that she asked Kanye West to be his running mate. LOL! That is a hard pass. (TMZ)

■ Current and former employees of The Ellen DeGeneres Show are speaking out in an interview and revealing that the cheery atmosphere in front of the camera is a far cry from the toxic environment behind the scenes. (Curt and Frank)

■ Mo’nique has been given the go-ahead to continue with her race and gender discrimination lawsuit against Netflix. The comedian and Oscar winner, whose real name is Monique Hicks, claimed the $500,000 she was first offered by Netflix in 2017 for a stand-up special was not just an insult but also illegal. (Vulture)

■ Actress Lucy Hale revealed that she attended a sex convention in order to research her new role in the movie A Nice Girl Like You.

Chris Evans gets a Thanksgiving scare and shows off his biceps