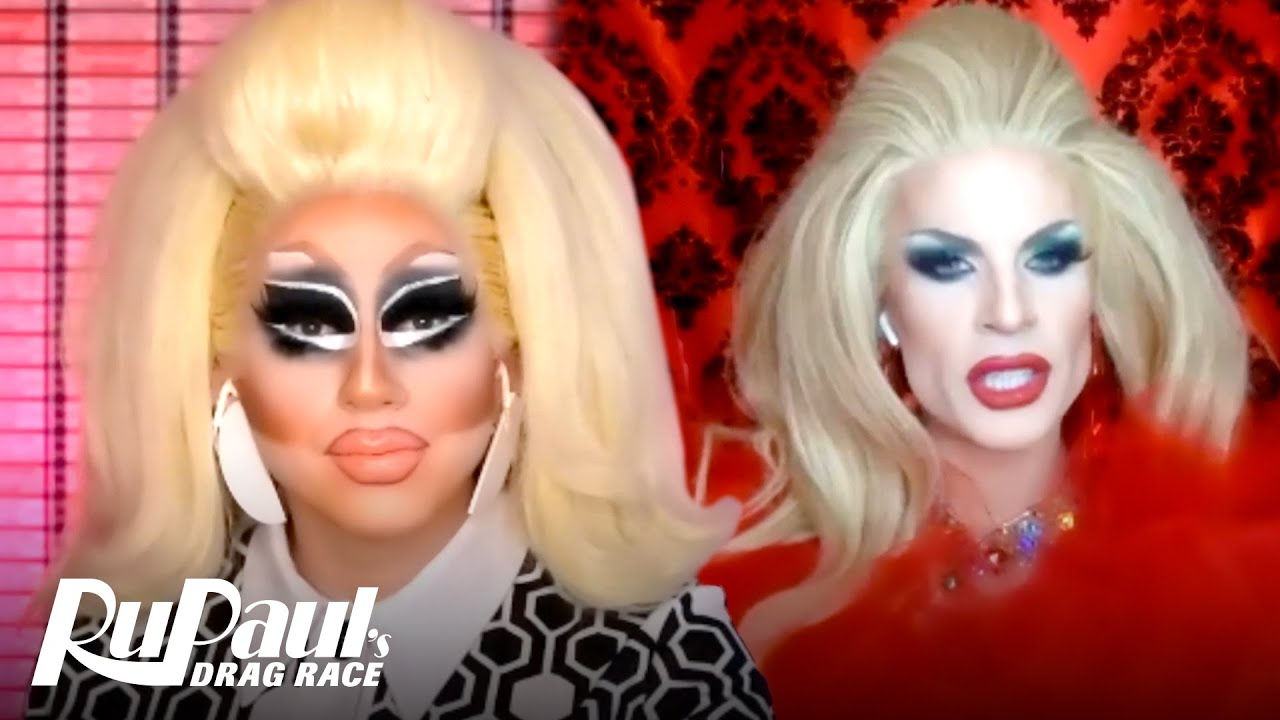 Hello, hello, hello! Welcome to our weekly wrap-up of all things Drag Race.

With the return of their web series “UNHhhh” and the success of their book, Trixie and Katya’s Guide to Modern Womanhood (which made the New York Times best-seller list), it’s been a banner week for Katya and Trixie Mattel, and we’ve got some highlights from their press junket that are sure to make you smile.

There’s also a new web series from the heart of season 10, a chat with our season 12 champion and lots more from your favorite queens. So, without further ado, let’s bring it to the runway!

US fans can now catch the fierce fashions and watch the queens from the Great White North compete for the crown on Canada’s Drag Race. And, if you missed the premiere episode, Trixie and Katya are here to recap every fabulous moment on “The Pit Stop.”

This past Wednesday, Trixie and Katya returned with a brand-new season of their popular web series, “UNHhhh,” on WOW Presents Plus. The pair is back with the hilarious banter you know and love and are answering your burning questions. Episodes will be available on World of Wonder’s YouTube channel a week after they premiere on WOW Presents Plus.

Trixie and Mattel talk about the success of their best-selling book with the AV Club.

The dolls play a game of “Slap or Drag” with Buzzfeed UK. They weigh in on current pop culture topics like Tik Tok dances, Animal Crossing, and YouTube apology videos.

The pair test their friendship and share how much they really know about each other as they take the “BFF test.”

Lastly, Trixie is back showing you what you can do with drug store makeup. Here, she creates her signature look only using Maybelline products. These videos are a testimonial to the artistry of Trixie, because on me, cheap makeup just looks cheap. I bow to her.

Alexis Mateo’s All-Stars 5 Snatch Game performance will definitely go down as one of the best in the show’s her-story. In this video, she shares how she created her amazing tribute to Puerto Rican psychic Walter Mercado.

Our reigning Drag Superstar, Jaida Essence Hall, tells all in a Tyra Banks-inspired chat with  Joseph Shepherd. Watch as she answers questions inspired by puns on her name. She talks about an embarrassing fall, her favorite store at the mall and…well, you get it.

Monique Heart is back with a new web series. “Manic Moments” brings viewers into the frantic life and work that queens deal with on a daily basis. Throughout the three-part series titled ‘Late to the Gig,’ Monique shows us how to overcome and flourish from the challenges that life continues to throw our way.

Honey Davenport is joined by her season 11 sister Silky Nutmeg Ganache for “Da Fuq?” Among the random topics covered this week are member enlargement gone wrong, extreme pleasure that sends a woman to the hospital and evil clowns. Can someone please tell World of Wonder that these two need a show of their own?

The lovely and talented Sasha Velour chatted with ET Canada about her Quibi series NightGowns and her new virtual show “NightGowns FOREVER”, which benefits Black and trans people. She also shares her reaction to Shea Couleé winning the crown on All-Stars 5.

The Week in Drag: Celebs Get Dragged, Pandora Boxx Gets Spooky, Trixie Mattel Grows Up, the Latest From the Queens of Drag Race UK and More!

Miz Cracker is hitting the road…eventually…and announced details of her 2021 North American “She’s A Woman!” tour. Tickets are on sale August 14th. Get your tickets for a Miz Cracker show “on steroids”!

Jaymes Mansfield is taking a break from tackling fan-submitted wigs and styles a two-tone creation from her Jaymes Mansfield Beauty collection. Her mission was to create a drag version of Jennie from Blackpink’s hair in the How You Like That music video. Did she pull it off? Watch and find out.

That’s all for this week. Until then, enjoy this musical moment from the iconic Coco Peru. Coco is having a “Barbra Moment” and performs her classic “Gotta Move.” See you next week!

Simon Cowell Breaks Back After Fall From Electric Bike