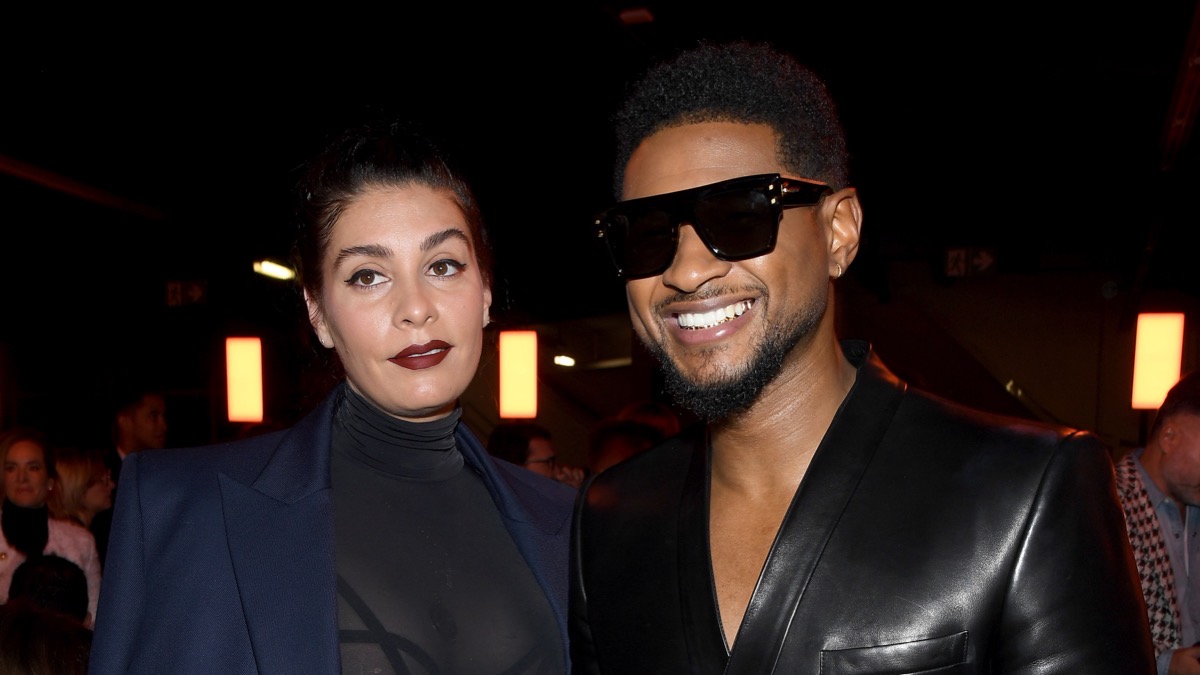 Usher has become a father again! The musician revealed in an Instagram post on Wednesday (Sept. 30) that he and girlfriend Jenn Goicoechea have welcomed a daughter.

“We are feeling blessed and full of love with the arrival of our beautiful baby girl, Sovereign Bo Raymond. ‘Isn’t She lovely’ by Stevie Wonder on repeat,” he captioned the photo of the newborn holding his hand.

Kylie Jenner shared some pretty fall bikini photos on her Instagram yesterday, something relatively standard for a Kardashian-Jenner. But she decided to use her caption to do her civic duty: Encourage her millions of followers to make sure they’re registered to vote.

Kevin Hart and his wife Eniko have welcomed their second child together – a baby girl!

The 41-year-old actor and 36-year-old model announced the news on her Instagram.

Dwayne Johnson has revealed the cast for Young Rock, his upcoming NBC comedy series inspired by his life. The project comes from Johnson and Fresh Off the Boat creator/executive producer Nahnatchka Khan. Production is expected to start soon in Australia.

Young Rock will chronicle Johnson’s formative years, with Dwayne set to appear in each episode. It received a straight-to-series order in January. Johnson announced the cast with photos on Instagram Wednesday. You can see below the story.

Bradley Constant will portray Johnson at age 15 and Marco Polo star Uli Latukefu will play him from the ages of 18 to 20, when he’s recruited to play football at the University of Miami. Adrian Groulx plays Johnson at age 10. Stacey Leilua has been cast as Johnson’s mother, Ata Johnson, and his late father will be played by Joseph Lee Anderson. Johnson wrote a special tribute to his dad in announcing Anderson. [Variety]

Hugh Jackman‘s wife has assured that The Wolverine star is not gay. When sitting down for a wide-ranging Q&A during an appearance on an Australian TV series, Deborra-Lee Furness once again laughed off the long-running speculations about her actor husband’s sexuality.

The 64-year old set the record straight in the Tuesday, September 29 episode of Anh’s Brush with Fame. Asked about how annoying the rumors were, she stated, “It’s just wrong. It’s like someone saying to Elton John, ‘Oh he’s straight.’ I’m sure he’d be p**sed!”

When the topic was first brought up during the chat, Deborra-Lee responded by poking fun at the persistent whispers. “He’s been gay for so many years. I was gay, too. So you know when I did ‘Shame’? I was gay,” she jokingly said. “They were shocked when I got married.”

The producer went on to put the blame on tabloids. “I see these magazines and they’re so mean spirited … I hope people realize it’s all made up,” she pointed out. “Nicole and Keith get divorced every week and I sit here and I’m like … they’re perfectly happy. They just make up lies and they get away with it.” [Too Fab]

Megan Fox and Machine Gun Kelly flaunt their romance in his new video for his song “drunk face.”

In the video, he and Fox cavort around Los Angeles, kissing, partying and boarding a private jet together. Yawn.

The pop culture princess and hotel heiress is campaigning to have Provo Canyon School — the so-called emotional growth school she attended in 1999 — shut down in a new video posted to her YouTube channel on Monday.

“I was abused at Provo Canyon School,” says Hilton, clad in a sharp white blazer in front of a matching bright background. She added that she plans to “put all my effort into reforming the industry.” [NY Post]

Shawn Mendes is supposedly ushering a new era. The kid is only 22-years-old, he hasn’t even had a first era yet. Anywho, Mendes is teasing his new upcoming album Wonder with a video trailer.

Mendes posted the video on Twitter with a link to whatiswonder.com.

Although he did not confirm that a single is coming on Friday, October 2, at the end of the video, that date flashed across the screen leading fans to believe that he’s dropping a brand new song.

““the world could use some magic, beauty, and Wonder always, but especially right now. @shawnmendes what a gorgeous gift to the world. He’s crafted this album with every last bit of his soul, his spirit, and his essence with the purest of intentions. My love, I’m so proud of the person you are and I’m so excited for people to see and hear your heart. ❤️”

Nathan Apodaca, or 420doggface208 as he’s known on TikTok, posted the video on Friday. In it, he can be seen gliding on his skateboard down U.S. Highway 20 in Idaho Falls listening to Fleetwood Mac’s “Dreams.” Apodaca casually sips from an open jug of Ocean Spray Cran-Raspberry juice. Halfway through, he turns to the camera and begins lip-syncing to the song.

“Morning vibe,” he captioned it.

Even Fleetwood Mac approved. “We love this!” the band tweeted.