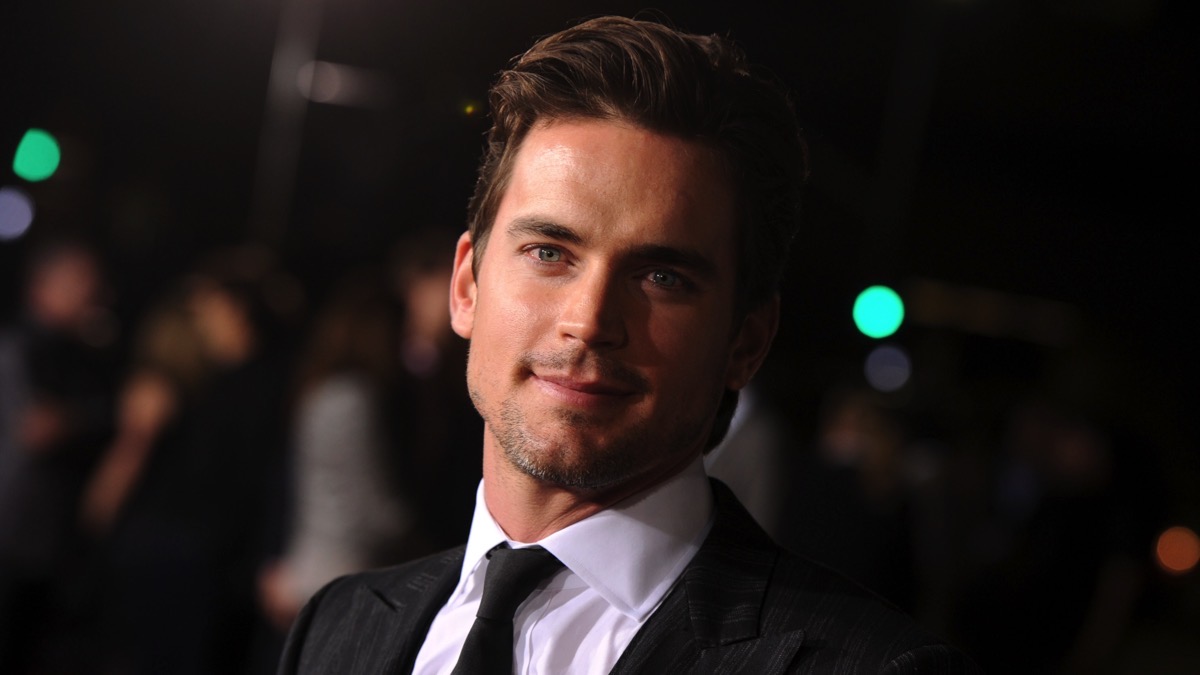 Matt Bomer has said he would love to star in American Horror Story again and has revealed the surprising way in which he thinks he could return to the show.

Matt, 42, last appeared on the FX Series for season five Hotel alongside Lady Gaga, where he played the role of Donovan.

In a recent interview, the actor was asked if he would ever be interested in returning for another season.

“Listen, I love Ryan Murphy. He has been the architect of my career in many ways. When he calls, I’m there!” Matt replied.

“He’ll know better than anybody if there’s a role that’s right for me on American Horror Story or not.”

“What I would love to do is to direct one of the American Horror Story one-offs that they’re talking about doing,” he told Digital Spy.

Gone With the Wind Returns to HBO Max With Disclaimer

HBO Max on Wednesday returned the Oscar-winning 1939 drama Gone With the Wind to stream on its service, now with a four-and-a-half-minute video introduction putting the classic film’s racist depictions into context.

The film presents “the antebellum South as a world of grace and beauty without acknowledging the brutalities of the system of chattel slavery, upon which this world is based,” Jacqueline Stewart, an African American cinema expert and TCM host, says in her video intro, noting that Gone With the Wind represents enslaved Black people as longstanding stereotypes, “as servants notable for their devotion to their white masters or for their ineptitude.”

The 1939 film has long been the subject of criticism, with some saying it portrayed the Confederacy with sentimentality and fondness. Recent protests for racial justice sparked by the police killing of George Floyd renewed these concerns.

Screenwriter, producer, and director John Ridley wrote an op-ed for the Los Angeles Times earlier this month calling on HBO Max to remove Gone With the Wind from its library. (The Hollywood Reporter)

■ Abel and Ola Osundairo have backtracked their promise to willingly testify against Jussie Smollett in his alleged hate crime attack. A little over a year after they were cleared by Chicago Police on the suspicion that they conducted the attack against the Empire actor, the brothers question the handling of the storage of the items that were taken in the February 2019 raid. (Page Six)

■ Joy Reid is in talks to fill the 7 PM ET slot once held by Chris Matthews and his longtime MSNBC show Hardball. Her evening show reportedly will be a mix of news and opinion. A representative for MSNBC declined to comment on the reported move. (The Wall Street Journal)

■ Bill Cosby‘s wife Camille is looking forward to her husband getting a chance to appeal his sexual assault conviction. Camille doubled down on comparing the “unproven” sexual assault claims against the comedian to the brutal 1955 murder of Emmett Till. She also suggested the #MeToo movement is racist. (ABC News)

■ The mother of ER actress Vanessa Marquez has filed a wrongful death suit against officers with the City of South Pasadena. The lawsuit, filed Wednesday on behalf of Marquez’s mother Delia McElfresh in Los Angeles Superior Court, alleges officers who responded to a welfare check acted in a manner that was “negligent and reckless.” (CNN)

■ A month after revealing her family’s decision to place their 4-year-old adopted son with autism with a new family, YouTube personality Myka Stauffer posted a lengthy Instagram statement Wednesday to “apologize for the uproar and take full responsibility for the damage I have caused.” (Celebitchy)

■ Jenny Slate has quit cult animated show Big Mouth because her character is supposed to be biracial. The 38-year-old has announced she’s stepping down from the role of Missy on the hit Netflix series because a black actress should voice the part.

The COVID-19 pandemic is tearing through the US heartland, setting records for hospitalizations and forcing businesses to rethink their plans to reopen as new modeling predicts the virus will kill 180,000 Americans by October.

With the US seeing one of its highest-ever increases in cases Wednesday, some states took drastic measures, imposing face mask orders and internal quarantines. The country recorded more than 34,500 new infections for a second day, rattling markets as numbers neared the peak of 36,188 set April 24, when the virus was coursing through New York.

The resurgence, coming just as the regions first hit by the pandemic start to emerge, reflects the pathogen’s inexorable spread in states that were slow to enforce lockdowns or quick to lift them. It also made clear to places where the disease was late to arrive that there are no magical escapes.

On Tuesday, the Arizona Department of Health Services reported 3,593 new coronavirus cases and 42 deaths, both records for the state. While the number of new cases on Wednesday dropped to 1,795, the number of deaths almost doubled, jumping to 79.

Another concern for the Southwestern state is the amount of intensive care unit beds that it has available. According to the state’s data, 88 percent of Arizona’s adult ICU beds are filled and 86 percent of its inpatient beds overall are being used. (The Washington Post)

■ The Treasury Department and the Internal Revenue Service did not use death records to stop payments to deceased individuals when it distributed the first three batches of direct cash payments to Americans under a new federal law, the Government Accountability Office reported. As a result, nearly 1.1 million payments totaling nearly $1.4 billion were distributed to dead people as of April 30. (Politico)

■ This is despicable. Scottsdale City Councilman Guy Phillips, you are a piece of shit.