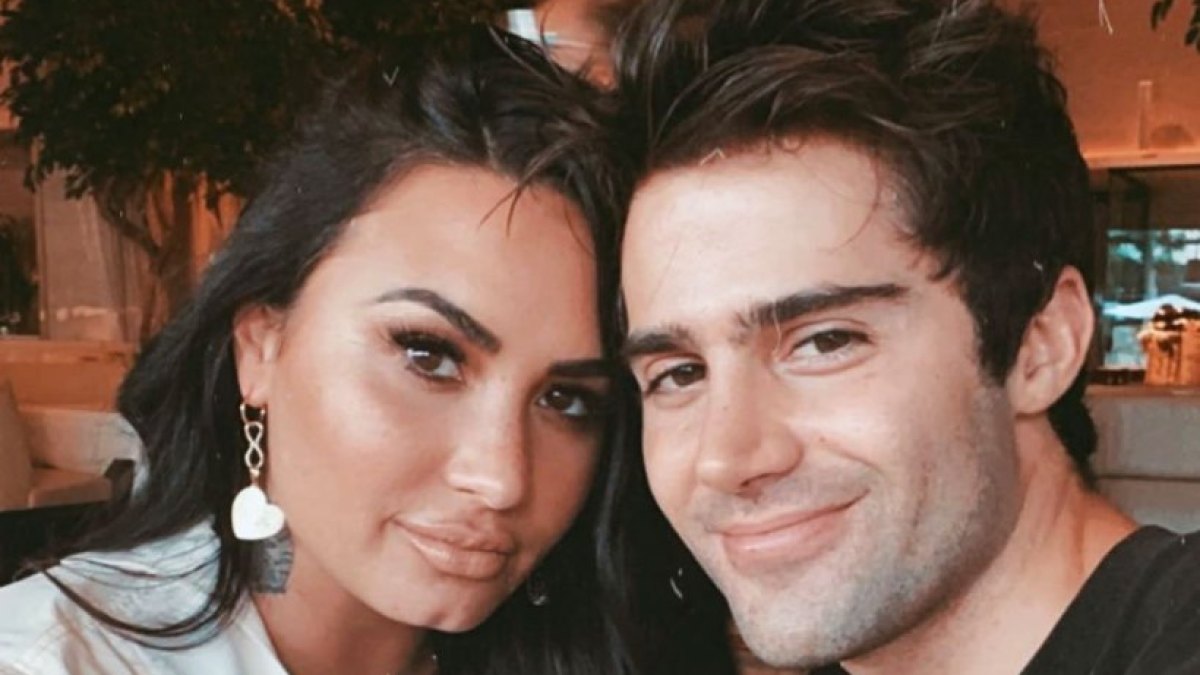 He said in a now-deleted Instagram Story: “Up to this moment we haven’t spoken over the phone… we haven’t even officially ended anything to each other. Literally. I’m here in real time with y’all. I love Demetria and just want her to be healthy and safe.”

Over the weekend he learned about their break-up when he read about it in the tabloids while filming on set … insisting “this is the God’s honest truth.”

That said, an insider tells E! News that max “is lying, and that “Demi did tell him beforehand.” Per the source, Max is “just trying to stay relevant. Her family thinks he is crazy and is so relieved she has taken this step.”

The drama of it all!

NeNe Leakes is claiming that Bravo forced her out of the Real Housewives of Atlanta.

The reality star, 52, took to Twitter on Saturday to respond to a fan who asked about her exit, specifically inquiring as to whether or not the network had grand plans for a spinoff show focused on her life.

“They don’t think i deserve to work at all in any compactly [sic],” the star responded.

When the fan mused that it sounds like she was forced out, the star responded with a curt, “They definitely did.”

As of yet, there has been no response from Andy Cohen or Bravo.

According to police, Montana told them his 9-month-old grandchild was sleeping in the playpen on Saturday when an unknown woman allegedly entered the residence and removed the child from the playpen and held the baby in her arms. Police said Montana and his wife confronted the woman, attempted to de-escalate the situation and asked for her to give back their grandchild.

A “tussle” then ensued and Jennifer Montana was able to safely pry the child out of the suspect’s arms, police said. The suspect then allegedly fled, and Montana flagged down police. After searching the area, deputies found the suspect and took her into custody.

BTS announced that they’ll be releasing a new album, Be, on November 20. Per a press release, Be promises to contain the most “BTS-esque music yet,” with the message being that “even in the face of this new normality, our life goes on.”

The Evergreen Construction CEO already has a campaign manager helping her behind-the-scenes and is ready to replace Mayor Bill de Blasio come next year.

“Well, I have to say, if Donald Trump could be President of the United States, I can be Mayor of New York City,” she told Page Six. “You know, I’m a builder. I know how to build. I know how to rebuild.”

Taylor Swift’s folklore album returns to No. 1 on the Billboard 200 chart, collecting a seventh nonconsecutive week atop the tally.

In doing so, Swift surpasses Whitney Houston’s longstanding record, among women, for the most cumulative weeks at No. 1, across all of her chart-topping albums. Swift’s total weeks at No. 1 now stands at 47, one more than Houston’s tally of 46.

Gwyneth Paltrow turned 48 on Sunday (September 27, 2020) and took to Instagram to mark the occasion with a steamy nude snap.

The star posed for a photo without clothes under a tree. She used one arm to cover her chest while the other hand was in her hair.

Though most people know Sacha Baron Cohen‘s mockumentary movie Borat by the singular name of the fictional character at the center of it, the official title is much longer. The movie is actually called Borat: Cultural Learnings of America for Make Benefit Glorious Nation of Kazakhstan.

In a filing on the official Writers Guild of America website, which has since been deleted, the title for Borat 2 was revealed to be Borat: Gift of Pornographic Monkey to Vice Premiere Mikhael Pence to Make Benefit Recently Diminished Nation of Kazakhstan.

Tyler Posey has joined OnlyFans and announced it with a nude guitar-playing video. That’s all you need to know.

Amanda Seyfried has given birth to her second child – a baby boy – with her hubby Thomas Sadoski!

The 34-year-old actress and 44-year-old actor confirmed the news to INARA and War Child USA and shared the first photo of their newborn!

Dorsey, 37, has moved in with model Nickayla, 25, as the pair care for Rivera’s son Josey, 5, who was with the actress on the day she drowned in California’s Lake Piru, according to the Daily Mail.

The two have moved into a three-bedroom rental, a process that began when Nickayla was seen helping Ryan move his belongings from his previous home in North Hills, in the San Fernando Valley, on Sept. 6.