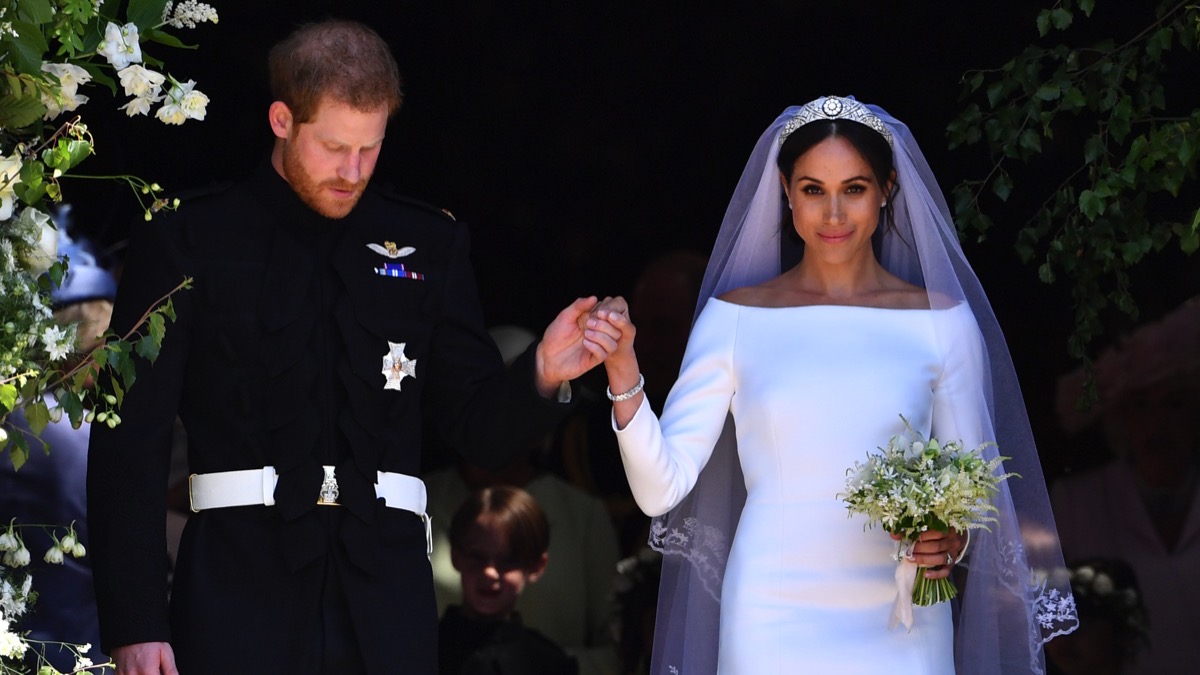 Meghan Markle allegedly felt “unprotected by the institution” when it came to defending herself in the British press. New court documents stemming from Markle’s ongoing legal battle with The Mail on Sunday are revealing previously unknown details regarding Markle’s battle with the tabloids.

Markle’s lawsuit against the outlet, and their publishers, Associated Newspapers Limited, was first filed last October and is a result of the publication printing excerpts from a correspondence between herself and her estranged father, Thomas Markle.

The documents, which were filed in response to a request from Defendant Associated Newspapers, detail the Duchess’s conflicting views to the palace press team’s over a “no comment” approach to media inquiries.

They also provide further information of specific plans Harry and Meghan say they made for Thomas Markle to attend their May 2018 wedding.

And at one point, the court papers make the claim, without saying where the figure had come from, that the public funds used for their wedding security were “far outweighed by the tourism revenue of over one billion pounds sterling that was generated” from the event. (HuffPost)

Beavis and Butt-Head are making their return to the airwaves. Comedy Central has ordered two new seasons of the iconic animated sitcom.

Creator Mike Judge is returning to write and produce this Beavis and Butt-Head revival, as well as to voice the two title characters. Judge’s arrangement with Comedy Central also allows for future spinoffs and specials, suggesting the network has ambitious plans for these two degenerate metal-heads.

“We are thrilled to be working with Mike Judge and the great team at 3 Arts again as we double down on adult animation at Comedy Central,” said Chris McCarthy, president of ViacomCBS’ entertainment and youth group, in a statement. “Beavis and Butt-Head were a defining voice of a generation, and we can’t wait to watch as they navigate the treacherous waters of a world light-years from their own.”

This latest incarnation of the series will re-imagine the characters and their misadventures for a 2020 setting. As the original run did for Generation X, the new Beavis and Butt-Head will satirize Gen-Z culture even as it explores the titular duo’s wacky misadventures. (The Hollywood Reporter)

■ Seed Beauty, the manufacturer of Kylie Jenner’s beauty brand, Kylie Cosmetics, has filed a new lawsuit against Coty, the majority stakeholder of the brand, and its previous owner King Kylie. The civil lawsuit, lodged yesterday at California’s Superior Court, US, alleges that King Kylie knowingly shared trade secrets from the beauty manufacturer with the CoverGirl owner. (Business Insider)

■ White people seem to be saving everyone in all the movies. Why do so many films centered on racism revolve around a white person? (OMG BLOG)

■ Peacock, NBCUniversal’s streaming service, has announced an agreement to license popular Paramount movies and TV shows from the ViacomCBS library. Hit series including Ray Donovan, The Affair, Charmed, Undercover Boss, The Game, Everybody Hates Chris and Real Husbands of Hollywood will be available to stream on Peacock with the launch of the service on July 15th in the US – and will continue to be available on ViacomCBS platforms. (Engadget)

■ Actor Ray Fisher who played the tech-enabled hero, Cyborg, in Justice League is speaking out about his negative experience working with director Joss Whedon on Twitter. “Joss Wheadon’s on-set treatment of the cast and crew of Justice League was gross, abusive, unprofessional, and completely unacceptable.” (Variety)

■ After weeks of quarantining together to spend time with their daughter, True, Khloe Kardashian and Tristan Thompson are “giving their relationship another try.” (People)

The symbol in question appears on a product called the “America First Tee” which retails for $30. There’s a male and female version of the T-shirt.

It features the words “America First” above an image of an eagle with its wings spread and its talons gripping a circular version of the American flag.

“Show your support for re-electing President Donald J. Trump! Let everyone know who you are voting for in 2020,” the product description says.

The bald eagle was chosen to be the national emblem of the United States all the way back in the 1700s, when the fledgling nation first won its independence from Great Britain.

The eagle is not usually shown in this position though, and for good reason.

The Nazis used a symbol called the Reichsadler – Imperial Eagle, in English – as Germany’s official national insignia after an edict from Adolf Hitler in 1935.

The Reichsadler featured an eagle with its wings spread, and its talons clutching a circular wreath with a swastika inside. (Newsweek)

■ The US unemployment rate fell to 11.1% as the economy added a record 4.8 million jobs in June, the Bureau of Labor Statistics reported on Thursday. But after two months of rampant growth, the American economy is still down nearly 14.7 million jobs since February. (CNBC)

■ Gov. Gavin Newsom of California announced that he was closing down bars and indoor dining in 19 counties, pulling back reopening for more than 70 percent of the population. (USA Today)

■ A New York appellate judge ruled on Wednesday that the publisher Simon & Schuster could go ahead with its plans to release a tell-all book by Mary Trump, the niece of President Trump. (The New York Times)

■ A white woman pointed a gun at a black woman and her 15-year-old daughter following a disagreement outside a Chipotle restaurant in Michigan on Wednesday night. Check out the terrifying video. (Towleroad)

■ An Afghan contractor is named in American intel reports and confirmed by Afghan officials as a key middleman who for years handed out money from a Russian military intel unit to reward Taliban-linked fighters for targeting American troops in Afghanistan. (The New York Times)

■ The family of Vanessa Guillen said in a press conference that two people have been arrested for the death of Guillen and they believe the killer died by suicide Wednesday morning. Killeen police revealed in their own press conference that the suspected killer was an active-duty soldier. His name is being withheld until his family can be notified by Army officials. (CNN)