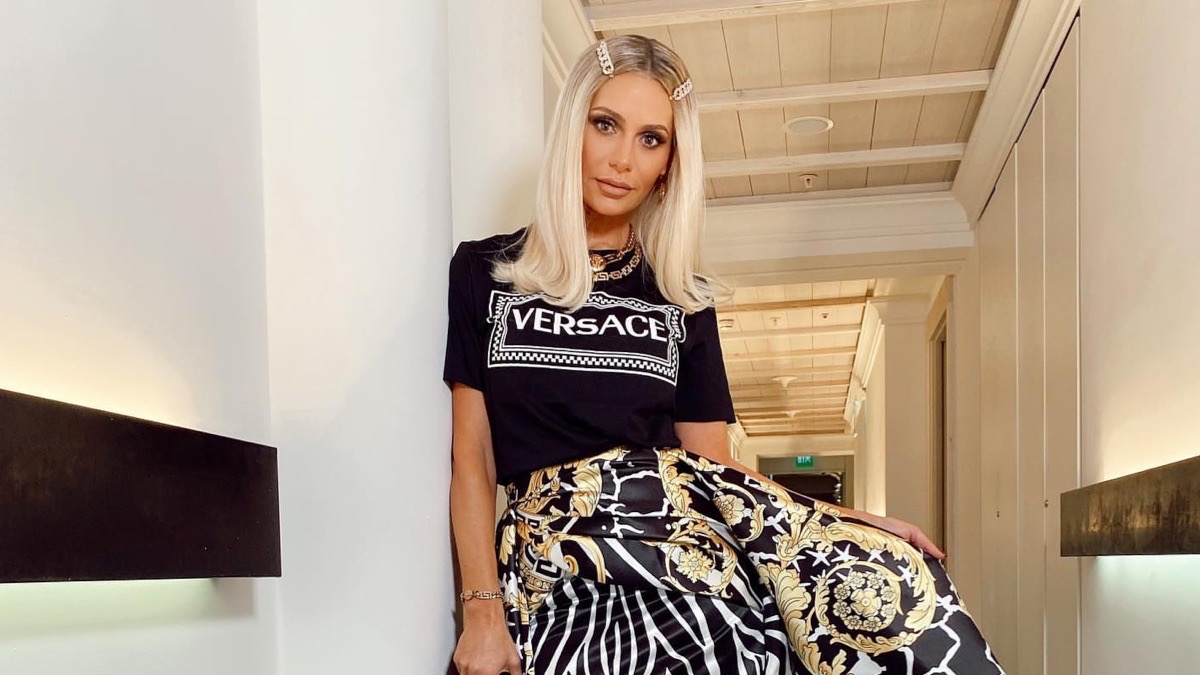 As usual, there is a LOT to unpack in the latest edition of This Week in Real Housewives News!

We’ve got news on Kim Richards defending Camille Grammer, Dorit Kemsley’s accent, a new RHOA baby and so much more, so let’s dive right into it.

“That’s terrible,” Kim told HollywoodLife during BravoCon. “Maybe there’s something we don’t know. I don’t know. But I feel bad if that’s happening because nobody wants to be … Nobody likes that. And I don’t think that’s fair.”

The Real Housewives of Orange County fans know that Vicki Gunvalson has been with the show since the beginning, but a recent interview hints that Season 14 could be her last.

Vicki, also known as “The OG of The OC,” was demoted to friend for Season 14 of the hit Bravo show, but according to her, that’s not what was supposed to happen.

“First of all, when they told me I was going to have a reduced role, I said, ‘I’m never a Friend. I started this franchise. I’m never going to be a Friend.’ They said, ‘We’ll never use those words.’ And they’ve been using those words,” Vicki revealed while speaking with Entertainment Tonight at BravoCon on Nov. 16.

“I will never come back part-time. I’m either all in or all out. I’m not a part-time girl,” she added.

The Real Housewives of Orange County spouse took the test in July 2019, but yet again he failed to pass. Shane’s previous failed attempt took place in February, prompting him to retake the exam in July.

The latest results were published on Sunday, and the next time he will be allowed to take the test will be in February 2020.

During last week’s “RHOBH: The Real 90210” panel at BravoCon, star Dorit Kemsley was pressed by a member of the audience, “When does your real accent come out?”

Despite the uncomfortable moment, Kemsley, 43, told the fan she would be unable to fake anything with her castmates because she’s with them “all the time.”

“Does she get influenced sometimes by her husband’s accent? Yes,” Girardi said, referencing Kemsley’s husband, PK, who was born in the UK.

Lisa Vanderpump reveals that she left The Real Housewives of Beverly Hills because of all the “nastiness” among the other women on the show.

Vanderpump has been known to stir the pot at the time, but finally, even she became fed up with the drama and left the show in the lurch.

After nine seasons and the loss of her brother, Vanderpump decided to quit the show without giving her two weeks’ notice.

Recently the animal rights activist spoke with People and told them that she had a great time starring on The Real Housewives of Beverly Hills but the negativity in the last season was not what she needed when she was trying to stay positive after the loss of her brother, Mark.

According to AllAboutTheTea, the ladies of Real Housewives of Potomac are currently filming their cast trip in Portugal, but Monique Samuels opted out of the vacation.

Sources claim Samuels “doesn’t trust” the other housewives and is only focused on her family and businesses. Therefore, Samuels allegedly wants off the show.

Samuels reportedly “wants to quit and be off the show” because it isn’t worth it to her anymore. As a mom, wife, and owner of a few successful businesses, Samuels has “too much to lose.”

Also, the source claims the mother-of-three thinks the ladies are going “too far” in an attempt to “push her buttons.” However, the production company for Real Housewives of Potomac and Bravo allegedly don’t want her to leave because she’s wealthy, lives in Potomac, happily married, and seems to be a great mother. Additionally, they like her storyline on the show.

This is seemingly the result of Samuels being embroiled in a messy battle with former friend Candiace Dilliard after a hair-pulling drag down that happened while filming. Candiace, 32, filed a complaint claiming “humiliation and emotional distress” and Monique, 36, is facing a second-degree assault charge over the incident. Monique also recently clapped back and filed counter-assault charges against Candiace.

During an episode of her Unfiltered podcast, 47-year-old Brandi Glanville opened up about making an appearance on the Real Housewives of Beverly Hills this upcoming season.

“I will be back a little bit and that is all we know right now,” she revealed.

“There’s some stuff going down. It’s not gonna be PC, I’ll tell you that. Everyone’s like, ‘Oh, everyone loves each other.’ Not true. Shit’s going down right now and we’ll all figure it out soon enough.”

The Bravo TV series will run its 12th season soon and Leah, 37, gushed she was excited to join the “badass cast.”

Married to the Mob CEO and founder Leah is bound to be a stylish addition to the cast and fills the shoes of departing cast member Bethenny Frankel.

She is no stranger to starring on the small screen, after previously featuring on Love and Hip Hop: New York.

News of Leah’s arrival onto the reality show set came at a recording for Watch What Happens Live with Andy Cohen after Luann de Lesseps let slip the detail.

The Real Housewives franchise is known for its luxurious and lavish cast trips (usually filled with drama). St. Barths, South Africa, and Puerto Rico are just a few places the ladies have vacationed together.

One trip to Morocco led to season 4’s RHONY cast on a “trip of a lifetime” where they rode camels, saw a fortune teller, and of course, screamed and cried.

At least once per season, viewers can expect to see the Housewives travel in style — but are they actually footing the bill?

Andy Cohen, the executive producer of the Real Housewives franchise, recently revealed to OK! Magazine exactly who pays for these extravagant trips.

“We do,” Cohen told OK!, when asked who foots the bill. “Frankly, we do yeah but you know it depends on the vacation actually.”

Real Housewives Of Orange County star Kelly Dodd is explaining her side of the story regarding accusations that she threw her mom down the stairs.

“My mother was telling sensitive information to my brother and then causing problems,” Kelly explained. “So I felt a little bit ganged up on.”

According to Kelly, she welcomed her mother, Bobbi Meza, and her brother, Eric Meza, to live with her for free in Orange County, but after learning that her brother had informed her mother that one of Kelly’s friends had been staying in her room, things between them took a negative turn.

At that point, Kelly threw her mother out of her house, literally.

“I threw her out but there were no stairs. I pushed her out the door. It was flat,” she said.

The couple chose the name Blaze Tucker for the 8 lbs, 1 oz. baby who was born at 6:54 p.m., also per ET. In addition to the happy news, the reality TV star also shared a photo of Blaze (who already has lots of dark hair) holding onto her finger.

“Our little angel is doing well!” she captioned the post, in part. “She’s gonna Blaze a path to greatness! @blazetucker is our newest heartbeat.”

During an appearance on the Wendy Williams Show, Real Housewives of New York City star Luann de Lesseps confirmed she is in a relationship with her agent Richard Super.

Talk show host Williams boldly asked de Lesseps:  “Are you dating your agent??’ to which the reality star shyly responded, “I am dating my agent, yes.”

Super has represented de Lesseps since the beginning of her cabaret show, #CountessAndFriends. The two fell in love and started dating months before her second stint at rehab.

This Week in Real Housewives News: RHOA Is Back Along With New Taglines, Has Tinsley Mortimer Quit ROHNY, RHOBH Star Garcelle Beauvais Talks Drama and More

Garcelle Beauvais and Sutton Stracke Join The Real Housewives of Beverly Hills, Camille Grammer Is Out