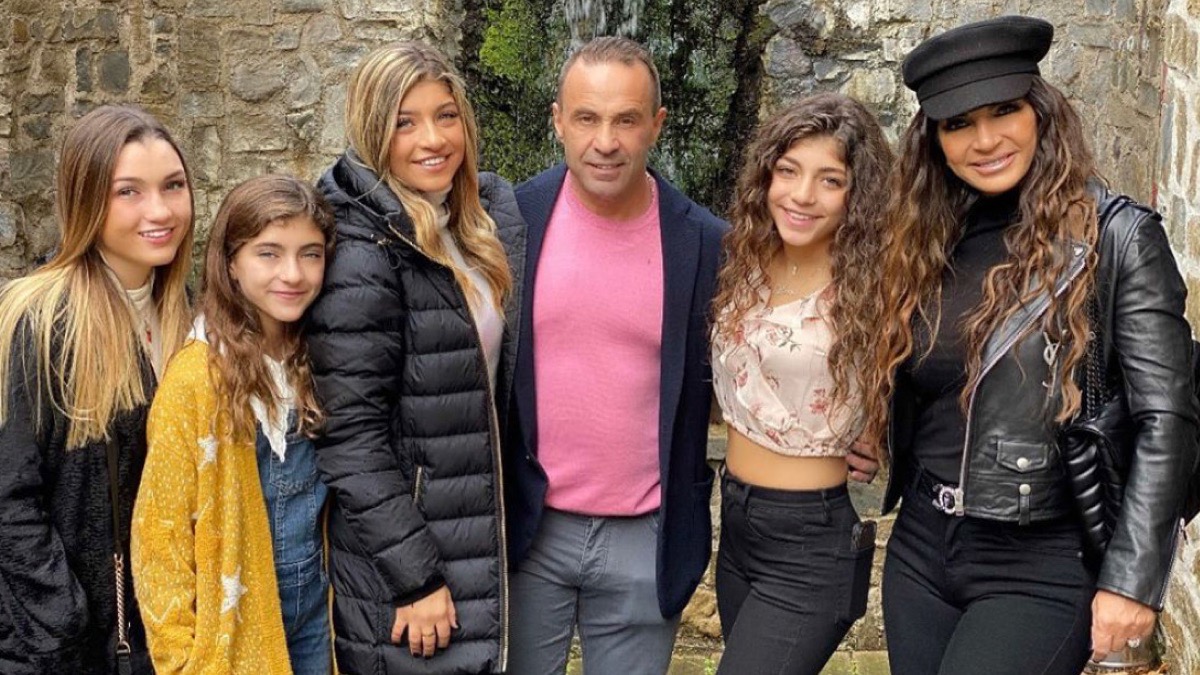 As usual there is a LOT to catch up on in the latest edition of This Week in Real Housewives News!

This week we start things of with the Guidice family reunion, Camille Grammer‘s return to The Real Housewives of Beverly Hills, Meghan King Edmonds‘ messy divorce, BravoCon and so much more!

Joe Giudice is all about family in the first few photos shared by The Real Housewives of New Jersey husband after officially joining Instagram last week.

Joe posted his first Instagram photo ever on October 31. The pic shows Joe sitting down for his October 27 interview with Andy Cohen and his wife, Teresa Giudice.

He has continued to document his time in Italy since then, sharing photos of himself eating and exploring the country with friends and family. RHONJ fans will also recognize another familiar face in the photos: Joe’s father-in-law, Giacinto Gorga, who is visiting Italy ahead of Teresa and daughters Gia, 18, Gabriella, 15, Milania, 13, and Audriana, who will be flying overseas to see Joe later this month.

And then the reunion happened.

The fate of their marriage is riding on the reunion after they both told Andy Cohen on Watch What Happens Live that they are at a crossroads in their marriage.

Teresa said: “I’m waiting until I get there to see if I feel differently,” Teresa said.

“I just feel like when you live apart.…He says the same thing, when he sees me, he may not want this either. We’ll know when we see each other.”

Both Teresa and Joe maintained that they still love each other.

Following rumors claiming Denise Richards has been filming less due to her busy acting career, the longest-running cast member of the Bravo TV reality series, Kyle Richards, added fuel to the reports that she’s off the series by sharing a couple of group photos without Denise and including seven diamond emojis in the caption.

Fans became excited, only for Grammer to announce that she wouldn’t be a full-time cast member, although she hasn’t been a full-timer since the first two seasons of the show.

Grammer made cameos for a while and upgraded to semi-permanent status in seasons eight and nine.

As recently as August, Grammer claimed she wasn’t asked back and said, “after the reunion I didn’t want to come back. It was an awful experience.”

However, she seems to have changed her mind and will indeed be on the show when it returns in 2020.

Real Housewives of Orange County star Braunwyn Windham-Burke admitted to cheating on her husband, Sean, during a rough patch in their marriage.

When asked on Bravo’s After Show how she felt about co-star Gina Kirschenheiter being intimate with her now-ex-husband Matt, Windham-Burke said she understood because “Sean and I almost got divorced. So when she was going through this, I was like, ‘Hey, we’ve been through infidelity. We have gone down this road and Sean and I have gotten stronger.”

“I cheated on Sean,” Windham-Burke, 41, told an off-screen producer while co-star Shannon Beador looked on in shock. “We separated. I took the kids. He was with someone else too.”

Vicki Gunvalson dropped her defamation lawsuit against her Real Housewives of Orange County co-star Kelly Dodd and will be allowed to film the reunion show, RadarOnline.com confirmed.

The OG of the OC filed a lawsuit against Kelly, Bravo and NBCUniversal on Nov. 1, demanding that they edit lines her nemesis co-star said about her on RHOC and requesting a temporary restraining order.

She initially dropped Bravo and NBC Universal from the lawsuit and a source told Radar exclusively that if she didn’t drop Kelly she would not be allowed to film the RHOC reunion.

Vicki, 57, pulled the plug on the lawsuit against Kelly on Nov. 4, Radar confirmed.

While LeeAnne Locken’s Real Housewives of Dallas co-stars, including Kary Brittingham, Kameron Westcott, and Stephanie Hollman, were seen complaining about the lack of food at her wedding on the show, LeeAnne has since shared a couple of Twitter posts that prove there was plenty for her guests to eat.

“My wedding was beautiful. Everything was perfect [and] there was a wall of Sprinkles cupcakes.”

On Thursday, Us Weekly revealed authorities visited the Edmonds’ home in St. Louis to determine if Meghan King Edmonds was able to properly care for their children, largely because Jim Edmonds was worried about his children’s safety.

In a statement to E! News, he confirmed, “I knew she was coming home drunk and I was concerned. I called the police to make sure there wasn’t an incident.”

Likewise, in a statement to Us Weekly, he claimed that he hoped to “protect the situation and make sure there were no further issues.”

According to the outlet, Meghan had enjoyed a few drinks with friends on Wednesday evening, leaving her three kids in the care of Jim. After she returned home, with the help of a designated driver, police showed up to question her.

“Of course, yes! In your personal opinion, do you think that I am in any way, incapable, of taking care of my three little baby children who are totally desperate for a parent?” the outlet claims she responded to questions about her sobriety.

Details for BravoCon 2019 are finally here!

Bravo announced the event and talent lineup for the upcoming first annual BravoCon on Monday, and the stacked schedule is proving to truly be a dream come true for every Bravo super-fan who was lucky enough to snag a ticket earlier this year.